Madonna turns 59 on Aug. 16 — and though it’s hard to make the Queen of Reinvention’s long, illustrious story short, we do know she has a lot to celebrate. In terms of both artistic and, well, material success, Madonna’s impact on popular culture has been downright iconic.

Maddy’s been at this since age 25, and — as the 2015 release of “Rebel Heart” proves — she shows no signs of slowing down. Since 1983, she’s sold more than 300 million albums. She has 38 top 10 Billboard hits — more than any other musician in history — alongside eight No. 1 albums and 12 No. 1 singles, ultimately adding up to the title of the best-selling female recording artist of all time.

As Billboard’s Janice Min said when cementing M’s place as Billboard’s 2016 Woman of the Year, “Madonna is one of a minuscule number of super-artists whose influence and career transcend music.” Here’s to another 59 years of transcendence.

Madonna’s middle-class upbringing in Michigan certainly didn’t hint at future millions (or hundreds of millions, for that matter). A middle child among six kids, M’s parents — an engineer and an X-ray technician — were second- and first-generation immigrants from Italy and Canada. Home life wasn’t great, but young Madonna Ciccone was able to attend the University of Michigan on a dance scholarship from 1976 to 1978.

By the time Madge hit New York City to follow her dreams in 1978, she is rumored to have had $35 in her pocket. Back when the minimum wage was $2.65 per hour, Madonna Louise supplemented her dancing career with a job at Dunkin’ Donuts.

The Big Figures: Madonna’s Net Worth

So, how much is Madonna worth? First, let’s set the record straight — despite some very popular reports to the contrary, Madonna is not quite a billionaire (yet). This bit of misinformation became popularized when the Queen of Pop’s 2013 MDNA tour pulled down a gross of $300 million, which some outlets mistakenly added — in full — to her net worth at the time. In reality, Madge only takes home about 10 or 20 percent of any given tour’s profits, according to Celebrity Net Worth.

Still, reports of Madonna’s actual net worth vary. Celebrity Net Worth pins Madonna’s net worth at $800 million, while Forbes estimates a more conservative $580 million (and rising). Whether the figure is truly at the high end or the low end (famous folks don’t usually blog about their net worths), that still makes Madge not only one of the top singers in the world, but one the planet’s highest net-worth singers. In any case, no one can put a price tag on Madonna’s contribution to pop culture.

Madonna’s Grammy-Winning Peers: The Net Worths of the 2017 Grammy Winning Artists, from Adele to Beyonce

We can only imagine that Madonna’s stint at Dunkin’ didn’t last too long; after signing with Warner Brother’s affiliate Sire Records in ’82, her debut album, 1983’s “Madonna,” spent 168 weeks on the Billboard 200 charts. By 1992, she was reportedly signing multimedia deals for books and video to the tune of $60 million.

That same year she launched Maverick Records, her own record label. But internationally famous pop musicians don’t often make money on music alone, and Madonna is known for being perhaps the first female pop star to take full control of both her career and image — which means that, on the financial side, she’s made some historic deals.

In 1989, Pepsi positioned the “Like a Prayer” music video as an ad for a different kind of pop, netting Madonna a $5 million deal. And let’s not forget about those Madonna movies. Though her first acting success, 1985’s “Desperately Seeking Susan,” netted Madonna a healthy paycheck of $80,000 (about $186,000 in today’s money), critically acclaimed ’90s hits like “Body of Evidence” and “Evita” earned her paychecks of $2.5 million and $1 million, respectively, plus a percentage of the gross on the former.

Nowadays, Mo appears to have no plans to take a bow. Her “Rebel Heart” tour sold over 1 million tickets and grossed about $170 million, bringing her Billboard Boxscore total tally to $1.31 billion. Which means that Madonna has officially sold more tickets than any other solo artist in history.

In 2007, Live Nation made a sweeping and controversial 10-year deal to handle promotion of all Madonna albums, tours and merch, luring her from a previous deal at Warner Music Group. The pop icon paid Live Nation $25 million in stock as an advance for the deal, but the package is valued at roughly $100 million for Madonna.

M has invested her money wisely. In addition to owning New York City real estate and an art collection rumored to included pieces by Picasso and Man Ray, she owns a reported 3 percent equity stake in Jay Z’s streaming service, Tidal. Of course, the Queen signed the deal while mounting the table during a 2015 press conference.

The Material Girl also cemented an important financial milestone in 2016, when she claimed victory in a massive lawsuit involving a 0.23-second sample of a horn hit in the song, “Vogue.” Had she lost the suit, the doors would’ve been knocked wide open for legal vultures to target a plethora of other classic and contemporary songs, reaching as far back as Led Zeppelin’s “Stairway to Heaven” and beyond.

Some of Madonna’s most valuable assets, though, are humanitarian rather than materialistic. Many of the singer’s millions have gone toward philanthropic efforts, such as her Raising Malawi organization, which built Malawi’s very first pediatric surgery and intensive care units. Including her Ray of Light Foundation and contributions to causes like the Detroit Achievement Academy and The Empowerment Plan, it’s estimated that M gives to nearly 30 charities.

Pop and Philanthropy: Warren Buffett and 14 Other Celebs Who Donate Millions to Charity 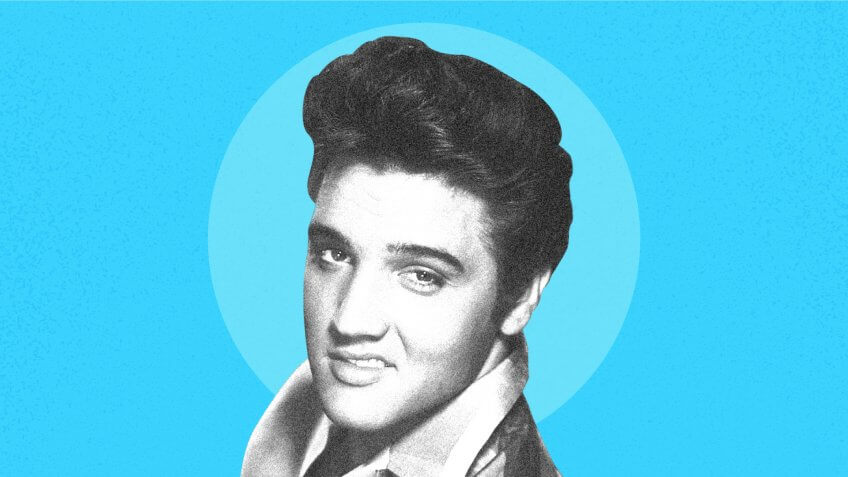 Elvis’ Net Worth on the 40th Anniversary of His Death

See how much the estate has earned since Elvis Presley’s death.

GOBankingRates > Net Worth > Celebrities > Madonna’s Net Worth: Still a Material Girl at 59