How Rich Is Mandy Moore as ‘This Is Us’ Returns for Its Final Season? 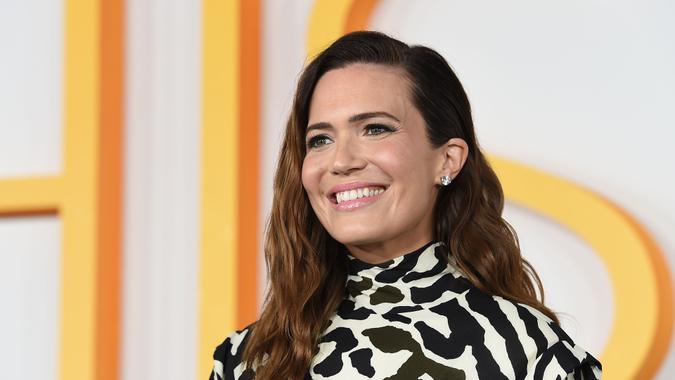 Mandy Moore, 37, is an American actor, pop star, songwriter and philanthropist who has been driving audiences to tears as matriarch Rebecca Pearson in the NBC hit series “This Is Us” since 2016.

See: 33 Popular TV Shows With the Highest-Paid Casts
Find: How Rich Are Taylor Swift and These Other Celebrities Who Made Headlines in 2021?

As a member of the ensemble cast of “This Is Us,” Moore takes home $250,000 per episode, according to US, which is roughly $4.5 million per season. However, with her other acting gigs and music career, she has a net worth of $14 million, according to Celebrity Net Worth.

As one of the biggest names on “This Is Us,” Moore entered the series earning $85,000 per episode for season one. But once the series became a bona-fide hit, central cast members collectively negotiated to each get to the same $250,000 per episode, including signing bonuses. This has been in effect since season three.

Moore has been nominated for Golden Globe and Emmy Awards for her acting in “This Is Us.”

See: How Rich Is Sterling K. Brown as He Prepares for the Emmys?
Find: The Highest-Paid Streaming and Cable TV Show Actors and Actresses

In addition to starring in “This Is Us,” Moore will forever be part of the Disney family, as she starred as the voice of Rapunzel in “Tangled.”  She has also starred in “The Princess Diaries,”  “A Walk to Remember,” “Chasing Liberty,” “Saved!,” “Racing Stripes,” “Because I Said So,” “License to Wed,” “Love, Wedding, Marriage,” “47 Meters Down,” “The Darkest Minds” and “Midway.”

Moore became a pop star well before she transitioned to acting.  She has released seven studio albums including “So Real,” “Mandy Moore,” “Coverage,” “Wild Hope,” “Amanda Leigh” and “Silver Landings.” Among her biggest pop hits to date are “Candy,” “In My Pocket” and “I Wanna Be With You.”

Moore was granted a star on the Hollywood Walk of Fame in 2019.

Amanda Leigh Moore to Stacy and Donald Moore on April 10, 1984 in Nashua, New Hampshire. She was the middle child and only girl. When she was young, the family moved to Orlando. Moore expressed interest in singing and acting and took acting and voice classes, according to Celebrity Net Worth. When she was 12 years old, she joined the Stagedoor Manor performing arts camp. She dropped out of Bishop Moore Catholic High School soon after she was signed to Epic Records in 1999 but worked with tutors to continue her studies.

In 1999, she began touring with NSYNC and the Backstreet Boys. Her first commercial hit, “Candy,” was released when she was only 15 years old.

Her first feature film role came in 2001, when she voiced the Girl Bear Cub in “Dr. Dolittle 2.”  That same year, she was the mean girl in “The Princess Diaries.”

See: Critically Acclaimed Movies That Bombed at the Box Office
Find: Celebrities Who Tried and Failed To Start New Careers

She is an active philanthropist, primarily for women’s issues and causes related to the African people, according to Celebrity Net Worth. She has served as an ambassador for the U.N. Foundation’s Nothing But Nets malaria prevention campaign.

See: The Richest Celebrity From Every State
Find: Kimye and 30 of the Most Expensive Celebrity Divorces To Rock Hollywood

Mandy Moore can be seen on “This Is Us” on NBC.