How Rich Is Megan Fox as She Announces Engagement to Machine Gun Kelly? 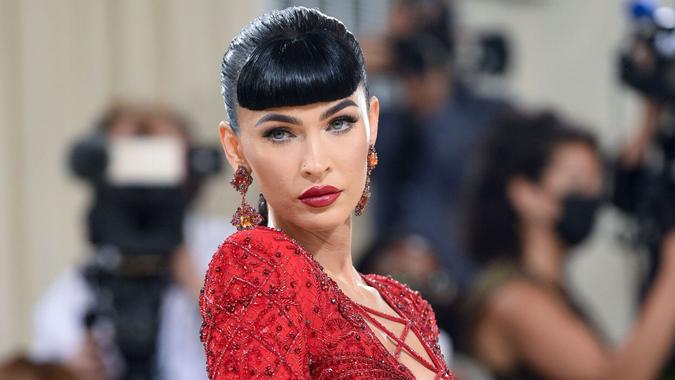 Megan Fox, 35, is an American model and actor who is best known for her roles in “The Transformer” and “Teenage Mutant Ninja Turtles” films, as well as appearing on lists for being one of the sexiest women on the planet. And now she has even more reason to celebrate. Her engagement to rapper Machine Gun Kelly was just announced.

See: Reese Witherspoon, Scarlett Johansson and 25 of the Richest Actresses of All Time
Find: The Highest-Grossing Movie Each Year Since 1977

Through her acting work and settlement from her divorce from actor Brian Austin Green, she has a net worth of $8 million, according to Celebrity Net Worth.

“Transformers” grossed $709.7 million globally and its sequel brought in $835.2 million.

She also starred in the horror film “Jennifer’s Body” and has performed in other roles over the years.

See: 45 Stars Who Shop at Costco, Target and Walmart
Find: 18 Celebrities Who Lost It All

On May 16, 1986, Megan Denise Fox was born in Oak Ridge, Tennessee. She began taking acting and dance lessons when she was five years old, Celebrity Net Worth reported. She began modeling when she was 13. Four years later, she relocated to California to follow her acting dreams.

Her earliest role was playing the mean girl in the Olsen twin’s direct-to-DVD movie “Holiday in the Sun” in 2001. She then landed some guest-starring roles on popular TV series like “What I Like About You,” “Two and a Half Men,” “The Help” and “Hope & Faith.”

See: 45 Richest Child Stars of All Time
Find: Ariana Grande, Drake and Other Child Actors Who Went on to Make Millions in Music

Fox met Brian Austin Green in 2004. The couple had an off-and-on engagement over the next several years and married in 2010. They were divorced in 2020. They have three sons together.

Fox and Green bought a $3.3 million property in Malibu in 2016. The pair previously had owned a home in Los Feliz that they sold for $3.75 million and a home in another Los Angeles neighborhood that sold for $1.299, according to Celebrity Net Worth.

Fox started dating Machine Gun Kelly in 2020. Their engagement was announced in January. He gave her an engagement ring reportedly worth as much as $400,000, according to Insider

Megan Fox and Machine Gun Kelly have yet to announce their wedding date.