Meghan Markle, Half of a Financially Fit Power Couple, Is Now Worth $50 Million or More 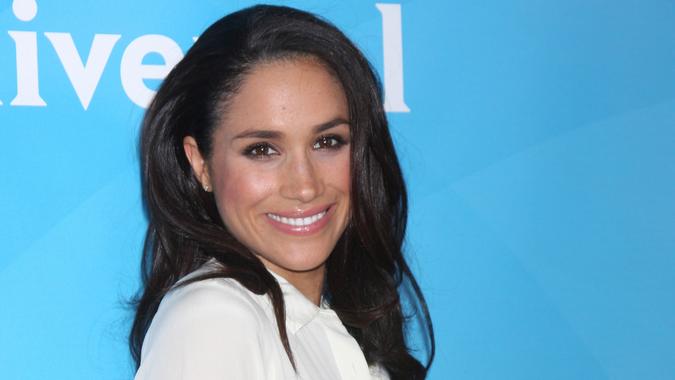 Meghan Markle, better known as Meghan, Duchess of Sussex, is the American-born wife of Prince Henry. She is a prolific philanthropist and humanitarian who was a successful actor in the hit series “Suits” for seven seasons and blogger for her own lifestyle and fashion blog The Tig before her marriage — and prior to crossing back over the pond to make some new adventures for herself and her family.

See: How Rich Are Harry And Meghan?
Find: Meghan Markle and More Americans Made Royal by Marriage

Markle entered the marriage to Prince Harry financially independent, with an estimated net worth of around $5 million. Prince Harry had something in the ballpark of $20 million in 2018, mostly left to him in a trust fund from the estate of his late mother, Princess Diana. The couple has thrived financially in the past few years. Leaving royal life behind in what has been dubbed Megxit has had some perks.

The couple’s net worth as of March 2021 was reported to be about $60 million, according to Celebrity Net Worth, but that’s just the tip of the iceberg. After opting out of official royal duties, the duo signed a $100 million deal with Netflix to produce projects including children’s shows, documentaries and feature films. They also received $18 million for a three-year podcasting deal with Spotify.

After putting aside royal life in 2020, they moved out of their stately English home and bought a $14.7 million estate in Montecito, California. They financed the purchase with a $9.5 million mortgage loan, public records show.

See: Harry and Meghan Officially Quit Their Royal Jobs for Good
Find: Prince Harry Goes to Silicon Valley — Here’s What He’ll Do for a $1.73 Billion Start-Up

The royal family does not do prenups, so no such legalities were done for Prince Harry and Meghan. Now that they are no longer receiving funds that belong to the monarchy, they are equal partners in their new professional endeavors, increasing Markle’s net worth significantly in a relatively short time period thanks to the couple’s new entertainment contracts.

Rachel Meghan Markle was born to Doria Ragland and Thomas Markle, Sr. on Aug. 4, 1981, in a suburb of Los Angeles called Canoga Park. Although she was raised Protestant, she attended the Catholic Immaculate Heart High School before gaining entrance to Northwestern University in Evanston, Ill. While in college, she was active in the Kappa Kappa Gamma sorority and interned and traveled in South America and Europe. She earned bachelor’s degrees in theater and international studies in 2003.

She originally planned to embark on a political career, but she caught the acting bug.

See: Jessica Simpson and 25 More Celebs Who Got Richer From Their Second Jobs
Find: 33 Popular TV Shows With the Highest-Paid Casts

Like many actors just starting out, Markle had some trouble getting steady acting work, but she landed her first role as a nurse on the ABC hit soap opera “General Hospital” in 2002. A few more small parts and modeling gigs came about in the next couple of years, including a stint as a “briefcase girl” on the U.S.-version of the game show “Deal or No Deal” in 2006.

Her acting jobs became steadier, and she appeared on the Fox hit series “Fringe” as Junior Agent Amy Jessup in the first two episodes of its second season in 2009. She had small roles in films like “Get Him to the Greek.” She also appeared in “Remember Me,” for which she earned $187,000, KnowNetWorth reported. She had a small role in the short film “The Candidate” in 2010, reportedly raking in over $171,000.

In 2011, Markle scored the role of paralegal-turned-attorney Rachel Zane in the USA Network show “Suits” —  a role she played until late in the seventh season. In 2017, she announced that she would be leaving the show due to her engagement. It was reported that she earned an average of $50,000 per episode for her work on that show, which came to about $450,000 per year, according to Fortune in 2017.

See: The Most Surprising Jobs Held by Royals
Find: Former Celebrities Who Have Normal Jobs Now

In 2014, Markle launched The Tig, a fashion and lifestyle blog that earned her upwards of $80,000 per year in endorsements, according to Celebrity Net Worth, not to mention free stuff. In this space, she interacted with the public on both light topics such as fashion and makeup trends and heavier topics such as women’s issues and social issues. She posted her farewell blog in 2017.

Markle, who had been married from 2011 to 2013 to American film producer Trevor Engelson, was set up on a date with Prince Harry in July 2016 by a mutual friend. The date seemed to go well, as their engagement was announced on November 27, 2017. After going through a complicated process to become a British citizen, Markle wed Prince Harry on May 19, 2018 at St George’s Chapel, Windsor Castle.

For the first year or so, the newlyweds were out and about in full view of the entire world, but they were not happy. They made drastic changes to gain both professional and financial independence by officially stepping back from their royal duties.

By the time they left royal life, Meghan Markle and Prince Harry were already the proud parents of a baby boy, Archie Harrison Mountbatten-Windsor, who was born on May 6, 2019, and they were delighting in their new American adventure. In spring 2021, the couple sat down for a now-infamous interview with Oprah Winfrey. They discussed the reasons for the move and switch in career path with a lot of candor — and a bit of venom about the royal family. Harry divulged during the interview that his father, Prince Charles, had cut him off financially after he and Meghan relinquished their royal duties.

They didn’t seem to care.  They felt blessed to have a new baby girl on the way. Lilibet Diana Mountbatten-Windsor was born on June 4, and a world filled with possibilities had opened up.

While Meghan Markle seems thrilled with her beautiful family, charity work and new life, she may have a secret reason to smile. She may never act on the fact that she is the legitimate partner to the lucrative deals with Netflix, Spotify and other financial opportunities that are sure to come her way, but knowing she owns half of a $100 million contract may put her a bit more at ease.