Birthday wishes are in order for Meryl Streep, who turns 68 on June 22. You might not be invited to Streep’s birthday celebration, but you can still mark her special day by watching a few of your favorite Meryl Streep movies and reading about the wealthy actress’ Hollywood career.

Meryl Streep has been singing and acting since she was a teen. She earned an undergraduate degree in drama and costume design from Vassar College in 1971, and then went on to study drama at Yale University. She graduated Yale with a master of fine arts degree in 1975.

Three years after graduate school, Streep appeared in the critically acclaimed film “The Deer Hunter.” One year later, she starred in “Kramer vs. Kramer.” She continues to grace the silver screen today, some 40 years after her Hollywood debut. Decades of success have boosted Meryl Streep’s net worth to $90 million, according to Celebrity Net Worth.

See: 8 of the Richest Women in History

Unlike some other actresses, Meryl Streep’s age has not negatively affected her career. Since entering show business, she has acted in or lent her voice to a whopping 80 films and television shows.

You probably have your opinion about the best Meryl Streep movie, but some of her most successful movies include “The Devil Wears Prada,” “Mamma Mia!,” “Julia & Julia” and “The Iron Lady.” She currently has a number of films in the works, including “The Papers,” “Mamma Mia: Here We Go Again!” and “Mary Poppins Returns.”

The five most successful Meryl Streep movies at box offices worldwide include:

Meryl Streep has been nominated for 20 Academy Awards for her acting work since 1979 — that’s more than any other performer. She has won three Oscars, twice for Best Actress (“The Iron Lady” and “Sophie’s Choice”) and once for Best Supporting Actress (“Kramer vs. Kramer”).

Streep’s awards aren’t limited to Oscars. She has also been honored with nine Golden Globes, including the revered Cecil B. DeMille Award in 2017. Streep gave a fiery, politically charged speech while accepting that award, which caught the attention of President Donald Trump, who famously called her “overrated.”

Look: The Richest Nominees to Never Win an Oscar

Most of her career has been spent on the silver screen, but Meryl Streep’s net worth might soon get a major boost from a television project. It’s still in development, but The Hollywood Reporter revealed she’s set to star in J.J. Abrams’ upcoming miniseries “The Nix.” Streep will reportedly receive $825,000 per episode for the project. She earned $5 million in 2015 for the movie “Ricky and the Flash,” according to The Hollywood Reporter, so television could prove more lucrative than film, depending on the number of episodes she is in.

In a 2016 interview with Variety, Streep disclosed that major paydays don’t just fall into her lap. Despite a reluctance to negotiate her earnings, she threatened to walk away from “The Devil Wears Prada” after receiving a lowball offer. As a result, her salary was doubled.

Streep has been vocal about the gender wage gap in Hollywood. During a 2015 interview with BBC Radio 4 Today, she said point-blank that she’s paid less than her male co-stars.

Streep has been married to sculptor Don Gummer since September 1978. The couple has four adult children: Henry, Mamie, Grace and Louisa. Henry is a musician and youngest daughter, Louisa, is a model. Streep’s older daughters, Mamie and Grace have become actresses like their mother. Recently, Mamie portrayed the character Helene Sabine in the television series “The Collection” and Grace starred as Dominique DiPierro in “Mr. Robot.”

Up Next: The Incredible Career, Fame and Fortune of Carrie Fisher 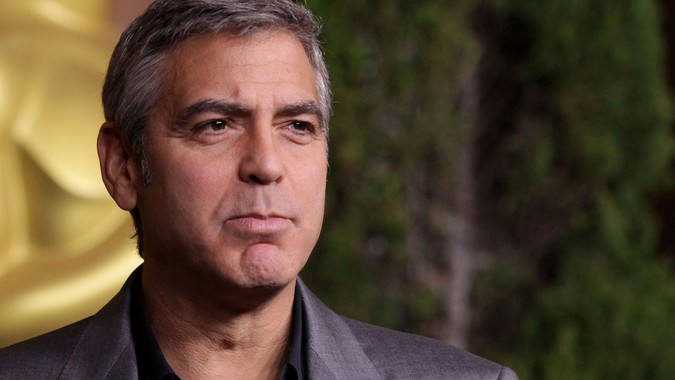 George Clooney’s Net Worth Soars With Sale of Casamigos Tequila

Find out how the $1 billion sale boosted Clooney's net worth.