How Rich Is Milo Ventimiglia as ‘This Is Us’ Returns for Its Final Season? 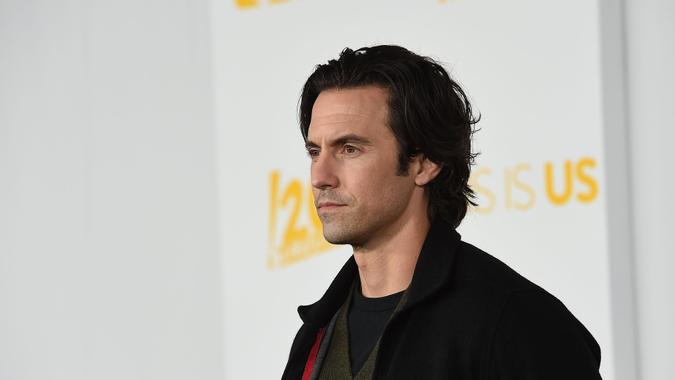 Milo Ventimiglia, 44, is an American actor, producer and director who has appeared as memorable characters in some favorite TV series and can currently be seen as deceased patriarch Jack Pearson in the final season of “This Is Us.”

See: How Rich Is Mandy Moore as ‘This Is Us’ Returns for Its Final Season?
Find: Celebrities Who’ve Negotiated for Better Pay

While he is most known for his roles on popular series such as  “Gilmore Girls,” “American Dreams,” “Heroes” and “This Is Us”  he has also appeared in films including “Rocky Balboa,” “That’s My Boy,” “Gamer,” “Kiss of the Damned,” “Creed 2,” “Grace of Monaco,” “Armored,” and “The Art of Racing in the Rain.”

He was initially one of the most well-known actors to take part in the hit family series “This Is Us.” His starting pay was $125,000 per episode for the first season. However, all of the regular cast banded together and now each making $250,000 per episode. Ahead of season six, he and the other main characters negotiated for $2 million cash bonuses as well.

His current net worth is $12 million, according to Celebrity Net Worth.

On July 8, 1977, Milo Anthony was the youngest child born to Carol and Peter Ventimiglia in Anaheim, Calif.  He has two sisters, Leslie and Laurel.

He was active in many extracurricular activities including drama at El Moderna High School. Upon graduation, he participated in a summer acting program at the American Conservatory Theater and began studying drama at UCLA.

His first professional role was on an episode of “The Fresh Prince of Bel-Air.”  Other roles in “Sabrina, the Teenage Witch” and “Saved by the Bell: The New Class” followed.

He continued to work in short films and got work in a few TV series including  “EZ Streets,” “Boston Public,” “Brooklyn South,” “Kelly Kelly,” “One World” and “Promised Land.”

In 2000 he landed the role of Jed Perry on the short-lived Fox series “Opposite Sex.”

Ventimiglia became well-known as bad boy Jess Mariano on “Gilmore Girls,” which he starred in from 2001-2006. He reprised his role in “Gilmore Girls: A Year in the Life” in 2016.  He was actually slated to appear in a “Gilmore Girls” spinoff series “Windward Circle,” but it never got off the ground.

He continued working steadily with roles in short-lived series “Mob City,” “Chosen” and “The Whispers.”

Ventimiglia is also a director and producer.  He co-founded the production company DiVide Pictures in 2005.

Discover: 30 Celebrities Who Went From Rags to Riches

Ventimiglia has never been married and keeps his dating life very private. His long-term relationships include Gilmore Girls” co-star Alexis Bledel, who he dated from 2003 to 2006. He also dated Hayden Panettiere, his “Heroes” co-star, from 2007 to 2009. He’s been briefly linked to Jaimie Alexander and Emma Rossum but hasn’t been seen with any one woman since Kelly Egarian in 2017. He has, however, sworn off dating co-stars in the future.

In 2009, he was named Sexiest Vegetarian by People for the Ethical Treatment of Animals. He was raised as a Lacto-vegetarian and also abstains from tobacco and alcohol products.

He has owned the same home in the Los Angeles neighborhood of Mar Vista since he was 24-years-old.

In 2021, he was asked to curate some affordable furniture for Lowe’s as part of its House of Curators series.

During the COVID lockdown, Ventimiglia purchased a 22-foot-long Bambi Airstream trailer which he used to travel all over the country. He recently upgraded to the larger Flying Cloud model and says has more traveling he’d like to do, including shipping his rig — an affectionate nod to “Lethal Weapon” character Martin Riggs — to Australia.

See: How Rich Is Sterling K. Brown Ahead of the ‘This is Us’ Final Season Premiere?
Find: 35 Celebrities You Didn’t Know Were Born Rich

Milo Ventimiglia can be seen on “This Is Us” and in the upcoming season of Amazon’s “The Marvelous Mrs. Maisel.”