How Rich Is Mindy Kaling Ahead of the Release of ‘Velma?’ 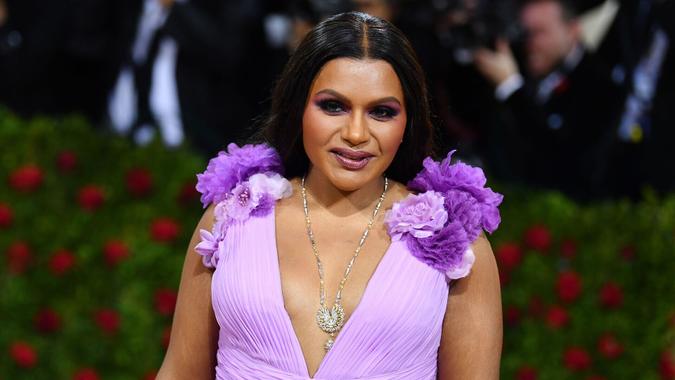 Mindy Kaling, 42, the American actor, comedian, producer and writer, is lending her voice and comedic chops to the upcoming adult cartoon “Velma,” a Scooby Doo spin-off series that is being produced by Warner Bros. and is set to air on HBO Max. This new adult take on the mystery-solving character has turned the sleuth into a woman of South Asian descent.

See: 10 Walmart Brands With the Best Bargains in May
Find: 5 Collector’s Items Worth Selling for Extra Cash

This is not the first time Kaling has worked with HBO Max, as she is executive producer of “The Sex Lives of College Girls.”

Kaling rose to prominence by co-starring in “The Office” before landing her own series, “The Mindy Project,” which aired on Fox from 2012 to 2017. She can also be seen on several television shows including, “Champions,” “Curb Your Enthusiasm,” “Four Weddings and a Funeral” and “Never Have I Ever.”

She has starred in several successful films, including “The 40-Year-Old Virgin,” ” No Strings Attached,” “The Five-Year Engagement,” “The Night Before,” “A Wrinkle in Time,” “Ocean’s 8” and “Late Night.”

She has also lent her voice to roles in “Despicable Me,” “Inside Out” and “Wreck-It Ralph.”

As a result of all of these projects, as well as signing on to co-write “Legally Blond 3,” Kaling has a net worth of $35 million, according to Celebrity Net Worth.

Kaling has published two memoirs — “Is Everyone Hanging Out Without Me? (And Other Concerns)” and “Why Not Me?” — as well as a series of essays for a collection titled “Nothing Like I Imagined (Except for Sometimes).”

Vera Mindy Chokalingam was the second child born to Avu and Swati Chokalingamin in Cambridge, Massachusetts, on June 24, 1979. Her parents immigrated to the U.S. from India. Kaling graduated from Dartmouth University in 2001 with a degree in playwriting. While in college, she was part of the school’s improv comedy troupe and wrote for college publications. She also interned at “Late Night with Conan O’Brien.”

She moved to Brooklyn, New York, after graduation and performed standup. While constantly dealing with people mispronouncing her name, she adopted “Kaling” as her stage name at this time.

In 2002, she starred in a play she wrote called “Matt and Ben,” a parody of actor Ben Affleck. The play was a success, and she continued writing blogs trying to get her big break.

In 2004, Kaling joined “The Office” as a writer and took on the role of Kelly Kapoor for episode two.

Kaling has two children but has kept the identity of the father private.

Mindy Kaling’s current series, “Never Have I Ever,” can be seen on Netflix. The release date for “Velma” has not yet been announced.