How Much Is Denzel Washington Worth? 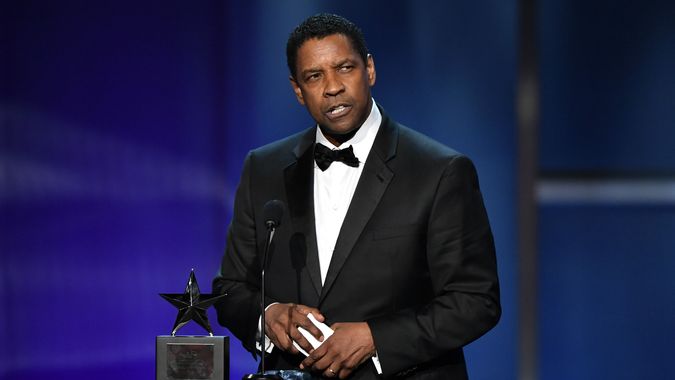 In a career that’s spanned more than 40 years, Denzel Washington has brought some iconic characters to life on both the big and small screen. This film and television star’s bank account is a testament to his success. Denzel Washington’s net worth is $250 million, according to Celebrity Net Worth.

Denzel Washington’s $250 million net worth comes primarily from salaries he earned for Hollywood blockbuster films like “Training Day,” “Fallen” and “The Siege.” He commanded $12 million for each of those movies. Between his work as an actor, director, producer and spokesperson, Washington’s salary reaches $60 million per year.

See: 50 Highest-Grossing Actors of All Time

Denzel Washington’s celebrated career didn’t happen by accident. After graduating from Fordham University in 1977, Washington studied at the American Conservatory Theater before pursuing his acting career in New York. He took small roles in television and stage performances before winning the role of Dr. Phillip Chandler on the TV show “St. Elsewhere.”

During his tenure on St. Elsewhere, Washington continued developing his talent. He appeared in box office hits “Malcolm X,” “Philadelphia” and “Glory” — earning his first Oscar for his performance in the Civil War-era film. His performance in “Training Day” earned him an Academy Award in 2002. That same year, Washington tried his hand at directing with the film “Antwone Fisher.”

Washington shares more than his talent with the world. He supports a number of charities, including Nelson Mandela’s Children Fund, the Fisher House Foundation, Wiley College and his alma mater, Fordham University. He served as spokesperson and board member for the Boys & Girls Club of America.

Denzel Washington lives with his family in the exclusive Beverly Hills community Beverly Park, where he has a sprawling 28,500-square-foot home. Previous residences include Briarcliff Manor in New York and a Toluca Lake home he sold to writer-producer Brenda Hamilton for $1.9 million in 2000.