How Much Is Meryl Streep Worth? 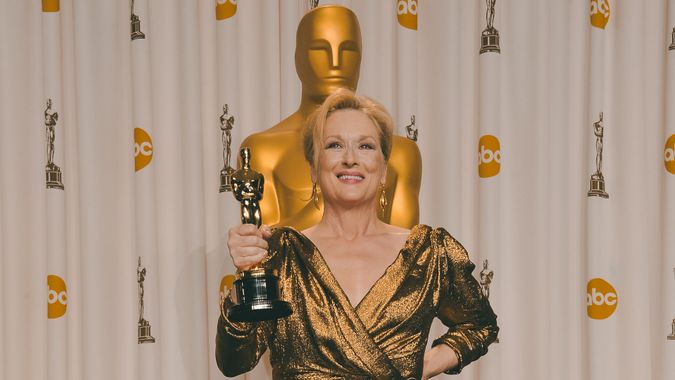 Meryl Streep is surely one of the most talented and versatile actresses in Hollywood history. Also, she’s one of the richest. According to Celebrity Net Worth, she is worth $160 million. Her usual salary is $20 million per film, but she has been known to accept less if there are backend profits.

Mary Louise (“Meryl”) Streep was born in Summit, New Jersey, the daughter of a commercial artist and a pharmaceutical executive. She got a taste for performing in school from studying opera, appearing in school plays and doing cheerleading. Acting became her passion, and she worked in theater well into the 1970s before ever appearing on film.

Streep’s first major role came in 1978 when she played Robert De Niro’s girlfriend in “The Deer Hunter.” She impressed both audiences and critics and was nominated for an Academy Award. Further success came with “Kramer vs. Kramer,” when she played opposite Dustin Hoffman as an unhappily married wife who leaves her husband and young son. Her performance won her an Academy Award and Golden Globe.

The actress’ filmography is long indeed. She has appeared in nearly 70 films and numerous television shows. Her impressive body of work includes such films as “Manhattan,” “Sophie’s Choice,” “Silkwood,” “Adaptation,” “Ironweed,” “Julie & Julia” and “The Iron Lady.”

Streep’s award nominations are as impressive as her wins: 21 for the Academy Award and 31 for the Golden Globe. She was also awarded the AFI Lifetime Achievement Award in 2004 and Kennedy Center Honors in 2011.

Streep was in a relationship with actor John Cazale until he died of cancer in 1978. She then married sculptor Don Gummer. The couple has four children, and they became grandparents in 2019.

Both actors and directors who have worked with Streep have found her talent and positive influence on the cast nothing less than remarkable. Julie Miller, writing in 2015 for Vanity Fair, began: “It’s hard to imagine that there was a time before Meryl Streep was the greatest-living actress.”