How Much Is Tom Hanks Worth As He Turns 66? 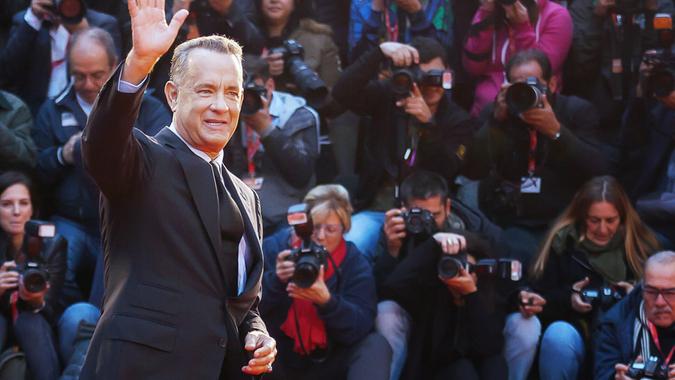 Tom Hanks turns 66 on July 9, but he’s showing no signs of slowing down. The actor’s most recent projects include an appearance as Elvis Presley’s manager, Col. Tom Parker, in a biopic of Presley called, “Elvis” that was released on June 24. He is also set to portray a retired man grieving the loss of his dead wife in “A Man Called Otto” which is set to hit theaters in Dec. 2022.

Read On: How Rich Is Former President Donald Trump as He Turns 76?
Check Out: 22 Side Gigs That Can Make You Richer Than a Full-Time Job

He has won seven Emmy Awards to go along with the back-to-back Academy Awards he won for his leading roles in “Philadelphia” and “Forrest Gump.” When Hanks does decide to retire, he should have a comfortable nest egg awaiting him. Celebrity Net Worth estimates Hanks is worth $400 million, a fortune amassed in his long career as an actor, writer, director and executive producer.

The Making of a Star

Born in Concord, California, Thomas Jeffrey Hanks made his movie debut in a 1980 low-budget slasher film entitled “He Knows You’re Alone.” Later that year, he entered the national spotlight as the co-star of the ABC television sitcom, “Bosom Buddies.” In the show, Hanks and Peter Scolari played young men starting their careers in the advertising industry who had to dress as women in order to live in an inexpensive, female-only hotel. Although the series lasted only two seasons and never scored high in the ratings, Hanks parlayed his role into an A-list Hollywood career.

After landing a role in Ron Howard’s “Splash” (1984), the actor’s star steadily rose through the 1980s in such films as “The Money Pit,” “Bachelor Party,” “Big,” “Turner & Hooch” and a handful of other movies. The next decade all but erased any question about his status as a major Hollywood star, as Hanks racked up one blockbuster after another. The titles of his 1990s films are as recognizable as any made over the past three decades and include: “Joe Versus the Volcano,” “A League of Their Own,” “Sleepless in Seattle,” “Philadelphia,” “Forrest Gump,” “Apollo 13,” “Toy Story,” “Saving Private Ryan” and “You’ve Got Mail.”

Beginning his fifth decade working in motion pictures. Hanks has appeared (or done voice work) in more than 80 films and has served as the director, writer or executive producer of nearly 90. In 2002, he became the youngest actor ever to win the American Film Institute’s Lifetime Achievement Award.

Tom Hanks and his wife, actress Rita Wilson, are noted for their philanthropy across a number of charitable fields. He has given time and money to causes that include women’s cancer research, AIDS research, assisting neglected and abandoned children, and veterans affairs.

In 2012, he received the first Arts for Humanity Award from the Elie Wiesel Foundation for his charitable works. The organization cities his work with organizations that included the Pearl Harbor Memorial Fund, ONE Campaign, National Space Society, Hole in the Wall Gang, Got Your 6 Campaign and the New Orleans World War II Museum in bestowing the award.

“We work very hard in a business that deserves and earns every bit of ridicule that we heap upon it,” Hanks said at the time, per CBS. “But at the end of the day, you [have] got to wake up in the morning and try to make the world a better place.”