“How I Met Your Mother” star Neil Patrick Harris turns 45 on June 15, but the actor has a lot to celebrate every day of the year — namely, being one of the highest-paid television actors and a Tony-winning theater actor. Harris has definitely paid his dues to become one of the top-earners in Hollywood, with a long-spanning acting career that began three decades ago.

Click through to find out how this former child star struck Hollywood gold.

Harris has accumulated his impressive net worth thanks to leading television roles, film roles, starring on Broadway, endorsement deals and book deals. He earned an incredible $18 million in 2014 alone, due in large part to his high salary for the final season of “How I Met Your Mother.”

Adding to Harris’ net worth are his real estate holdings, which include a 13.5-acre estate in the East Hamptons purchased in 2017 for $5.5 million, according to Behind the Hedges, and a townhouse in Harlem.

Neil Patrick Harris got his big break when he landed the lead role on “Doogie Howser, M.D.,” a sitcom about a teenage prodigy-turned-doctor, which ran from 1989 to 1993. His next big show was “Stark Raving Mad,” which he appeared on from 1999 to 2000. In 2005, Harris began starring as Barney Stinson on “How I Met Your Mother.” The show ran through 2014, and Neil Patrick Harris’ salary was $400,000 per episode during the final season, Forbes reported.

Harris has also done voice acting for TV series, including “Capitol Critters” (1992 to 1995) and “Spider-Man” (2003). Currently, he stars on “A Series of Unfortunate Events.” The second season is now available for streaming on Netflix, and the third season is set to premiere in 2019.

Discover: The 10 Most Expensive TV Shows to Produce

Although most of Harris’ acting roles have been on TV, he has also had a lucrative career on the big screen. Harris has had prominent roles in the “Harold & Kumar” movies, “The Smurfs” films, “Gone Girl” and, most recently, “Downsizing.” In total, his movies have brought in about $2.1 billion worldwide, according to Box Office Mojo.

Endorsement deals have also helped pad Harris’ net worth, including a four-year deal with Heineken Light beer and a previous deal with American Airlines.

Don’t Miss: Celebrities That Went from Riches to Rags

Click through to see how much television actors get paid for their reruns. 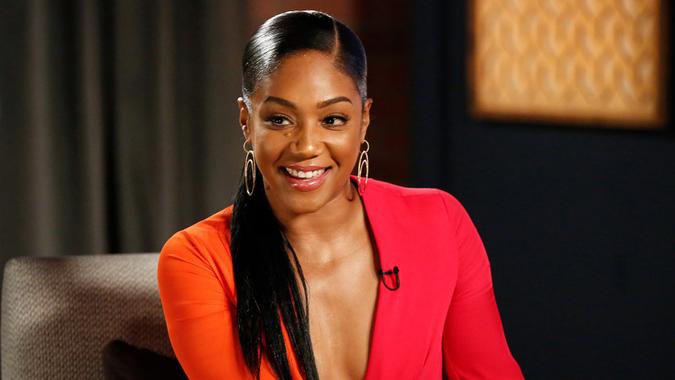 Tiffany Haddish Net Worth: Her Rise to Fame and Fortune

Check out all the ways Haddish is increasing her bank account.