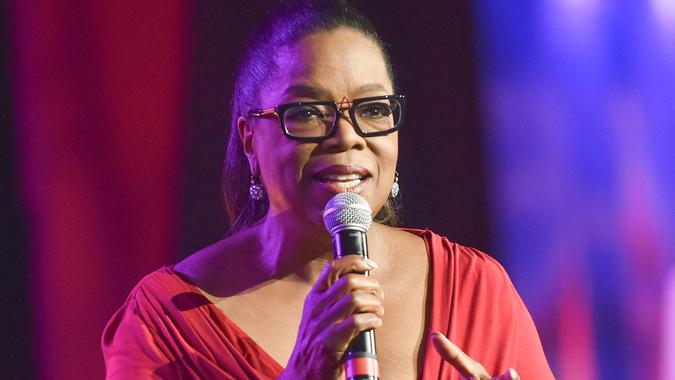 Talk show host-turned-media mogul Oprah Winfrey has amassed a net worth of $2.6 billion, according to Forbes. In addition to her talk show earnings, Winfrey has added to her wealth through her cable network OWN, her stake with Weight Watchers, and a multi-year deal with Apple TV+. In honor of Winfrey’s massive accomplishments, take a look at how the 68 year-old became a billionaire.

See: 5 Collector’s Items Worth Selling for Extra Cash
Find: 22 Side Gigs That Can Make You Richer Than a Full-Time Job

In 2011, she launched the cable channel OWN and maintains a 5% stake in the network. In 2020, she sold over 25% of her ownership in the company to Discovery channel for over $36 million in stock, according to Forbes. She is also a brand ambassador for Weight Watchers and has a 4.8% stake in the company. In 2018, she signed a multi-year partnership deal with Apple to create original content for its streaming platform, Variety reported.