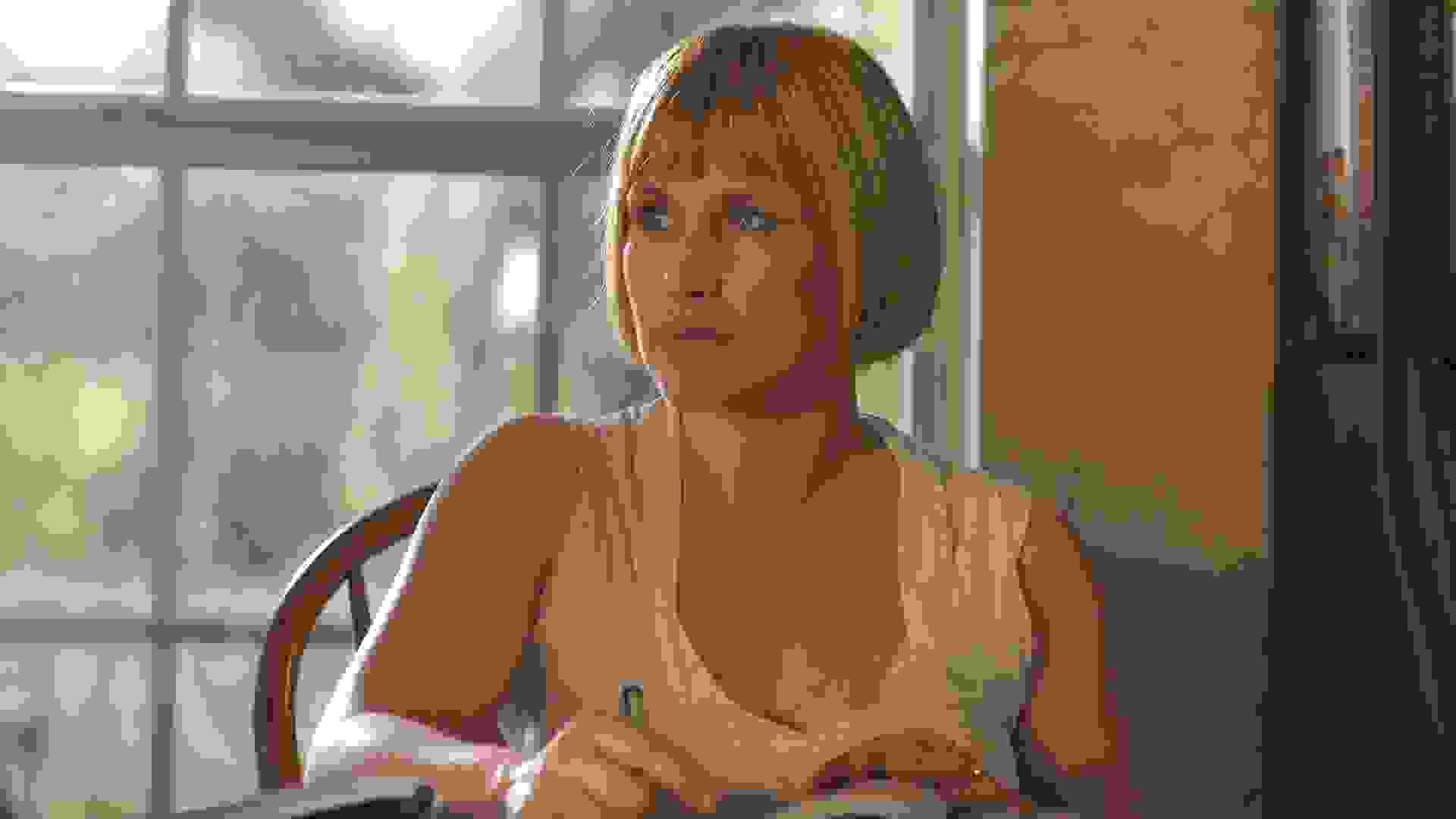 Being a big-name actor in a critically acclaimed movie doesn’t guarantee a supersized paycheck. When Patricia Arquette won an Oscar for “Boyhood” in 2015, she told WENN that she earned very little in exchange for the 12 years she dedicated to making the film.

“It’s important to me as an actor to be able to make a living (but) I’m going to tell you something — I paid more money to my babysitter and my dog walker than I made on ‘Boyhood,'” she said.

And Arquette isn’t the only Oscar winner or nominee to accept a small paycheck in exchange for the chance to take home the coveted award. 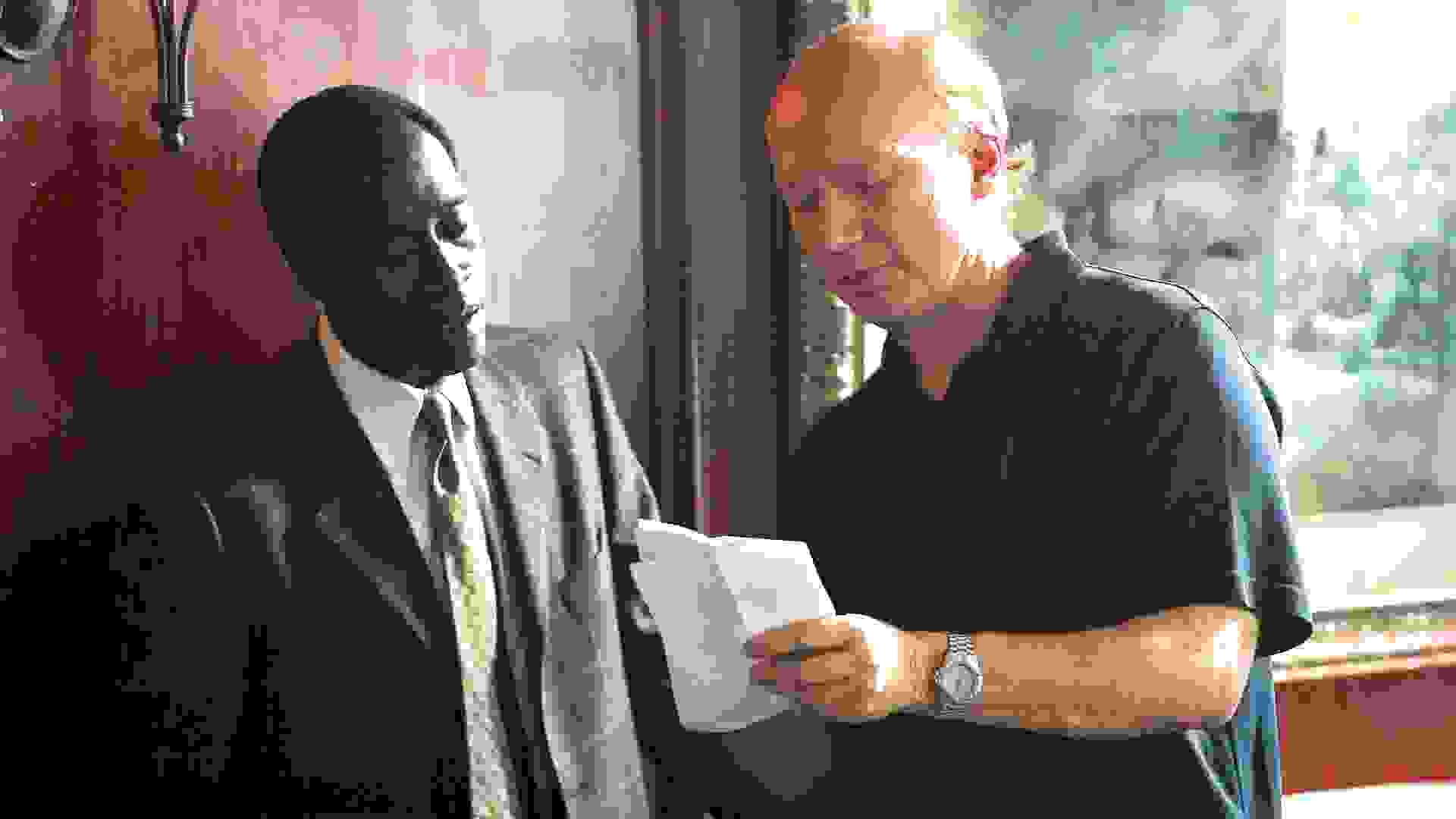 “Crash” was a labor of love for co-writer and director Paul Haggis, as well as the principals in the film, which included Sandra Bullock, Matt Dillon and Don Cheadle. The movie was made on a $7.5 million budget, with Haggis and the actors deferring their usual fees in exchange for a percentage of the film’s profits, The New York Times reported. Haggis’ deferred salary was $94,000, and even two years after its filming began, he had made less than $300,000 for the movie.

What he didn’t earn in money, he earned in acclaim — “Crash” earned Haggis the best picture and writing (original screenplay) Oscars in 2005. 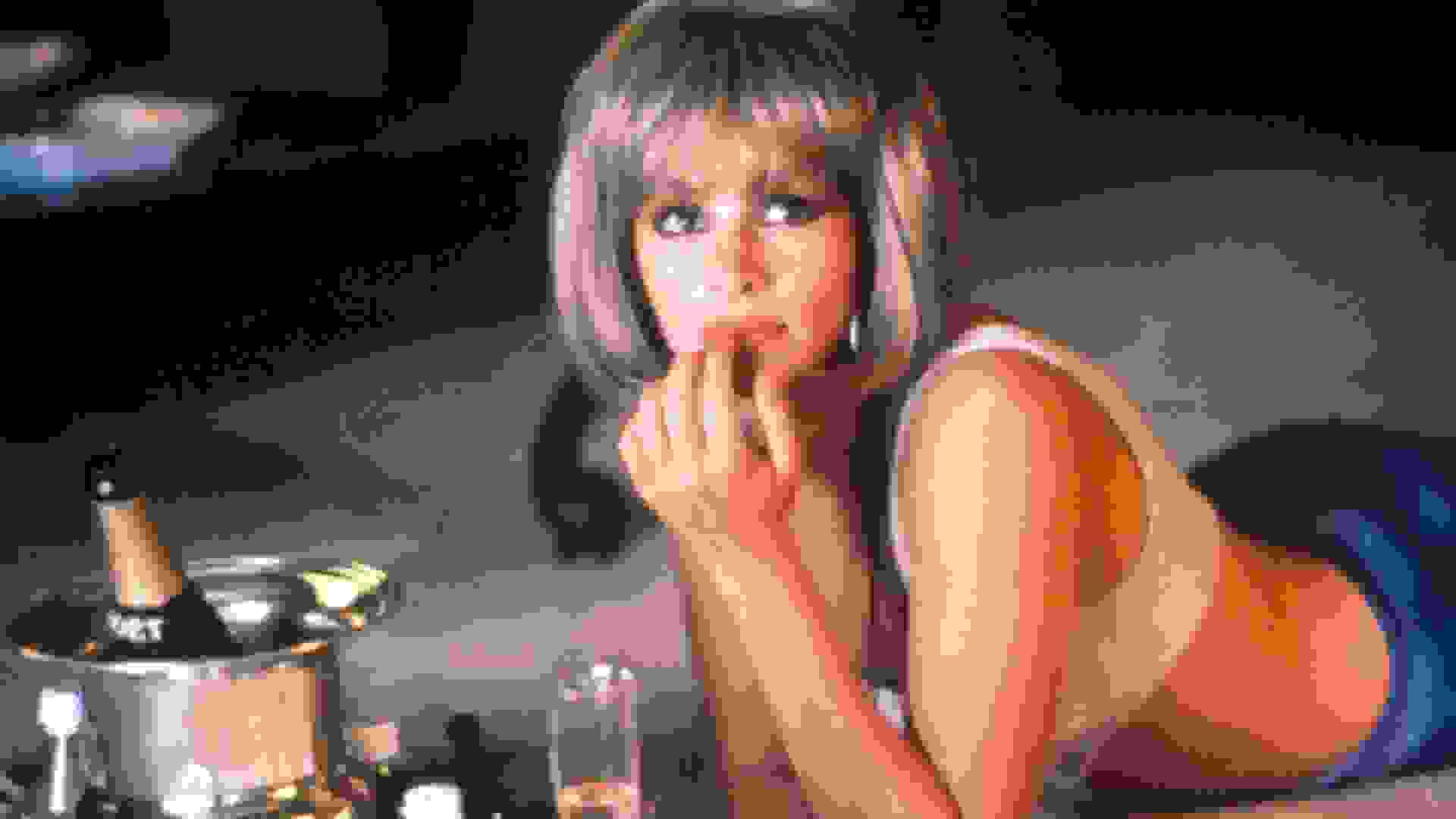 Even though Julia Roberts had already earned an Oscar nod by the time she starred in “Pretty Woman,” she made much less than you might expect for her memorable portrayal of Vivian Ward. Roberts earned just $300,000 for starring opposite Richard Gere in the classic rom-com, the Huffington Post reported. She did get another Oscar nomination at least — though it wasn’t until 2000 when she starred in “Erin Brockovich” that she actually won. 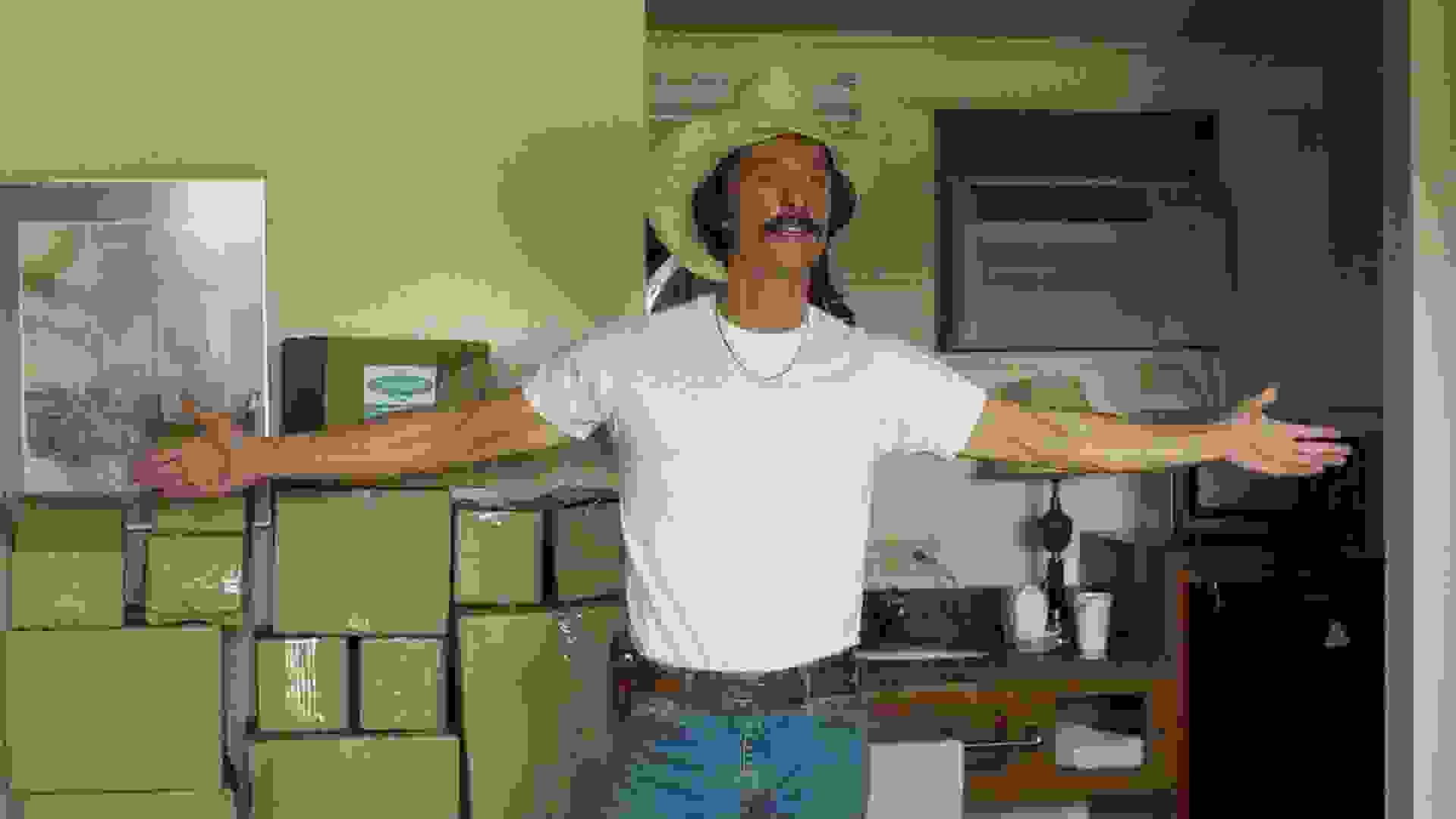 For Matthew McConaughey, taking on roles he is passionate about has taken precedence over giant paychecks. In 2008, he turned down a $15 million offer to play the lead in “Magnum, P.I.,” but jumped at the chance a couple of years later to take on the role of a man suffering from HIV/AIDS in “Dallas Buyer’s Club” for a fraction of that salary. According to The Hollywood Reporter, McConaughey’s upfront fee for the film was less than $200,000, though he did receive an unknown percent of the backend. And he got the awards recognition he was after — McConaughey received his first Oscar nomination and win for his portrayal of Ron Woodroof. 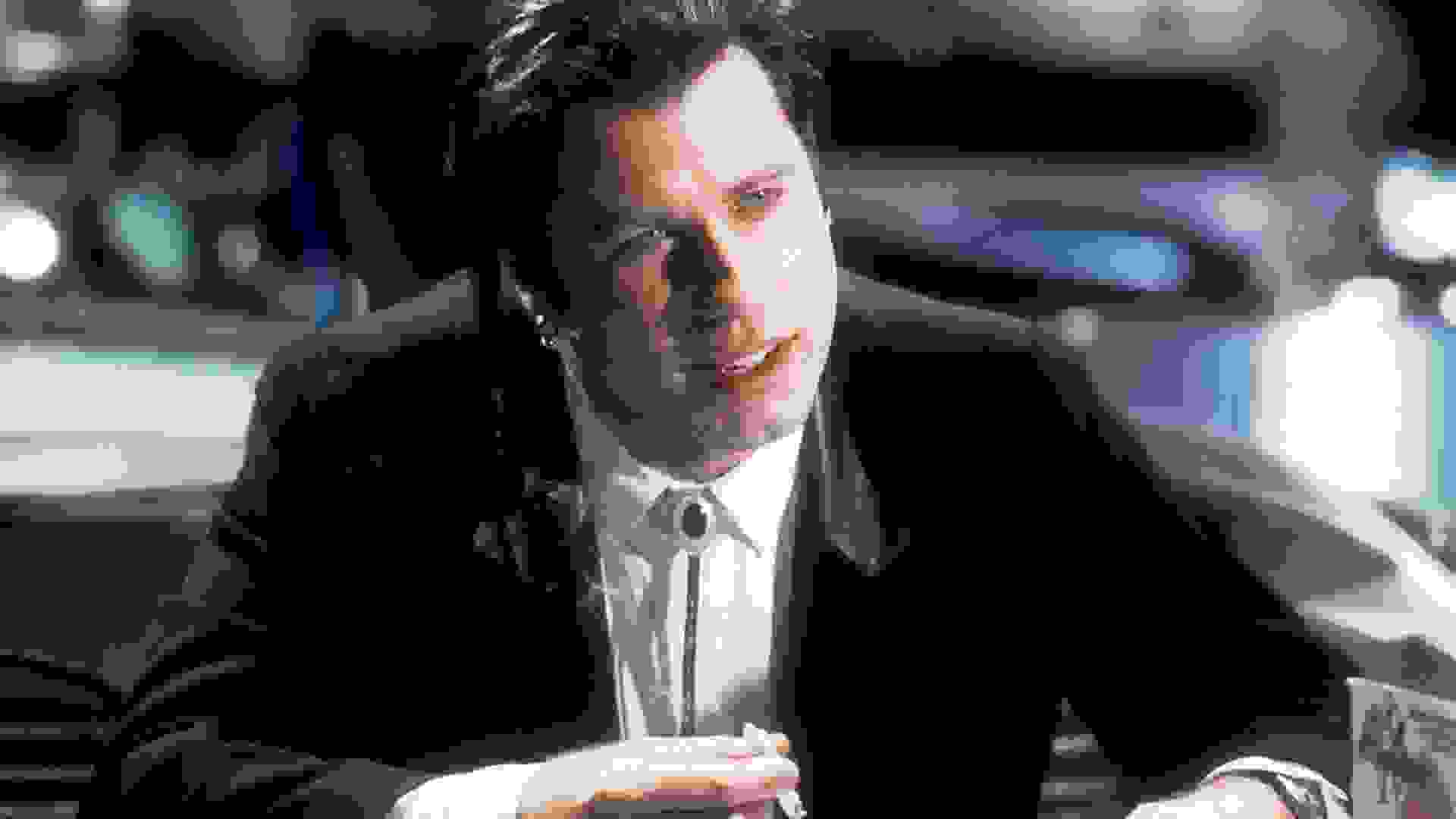 John Travolta was already a major movie star by the time he starred in “Pulp Fiction” in 1994 — in fact, he had already earned an Oscar nomination for “Saturday Night Fever” nearly two decades prior — but he didn’t command a major paycheck for what would become one of his most iconic roles. According to Variety, Travolta was paid $150,000 to play Vincent Vega in the Quentin Tarantino flick. Although Travolta didn’t win the acting Oscar for his lead role in “Pulp Fiction,” Tarantino took home a writing Oscar for the film that year. 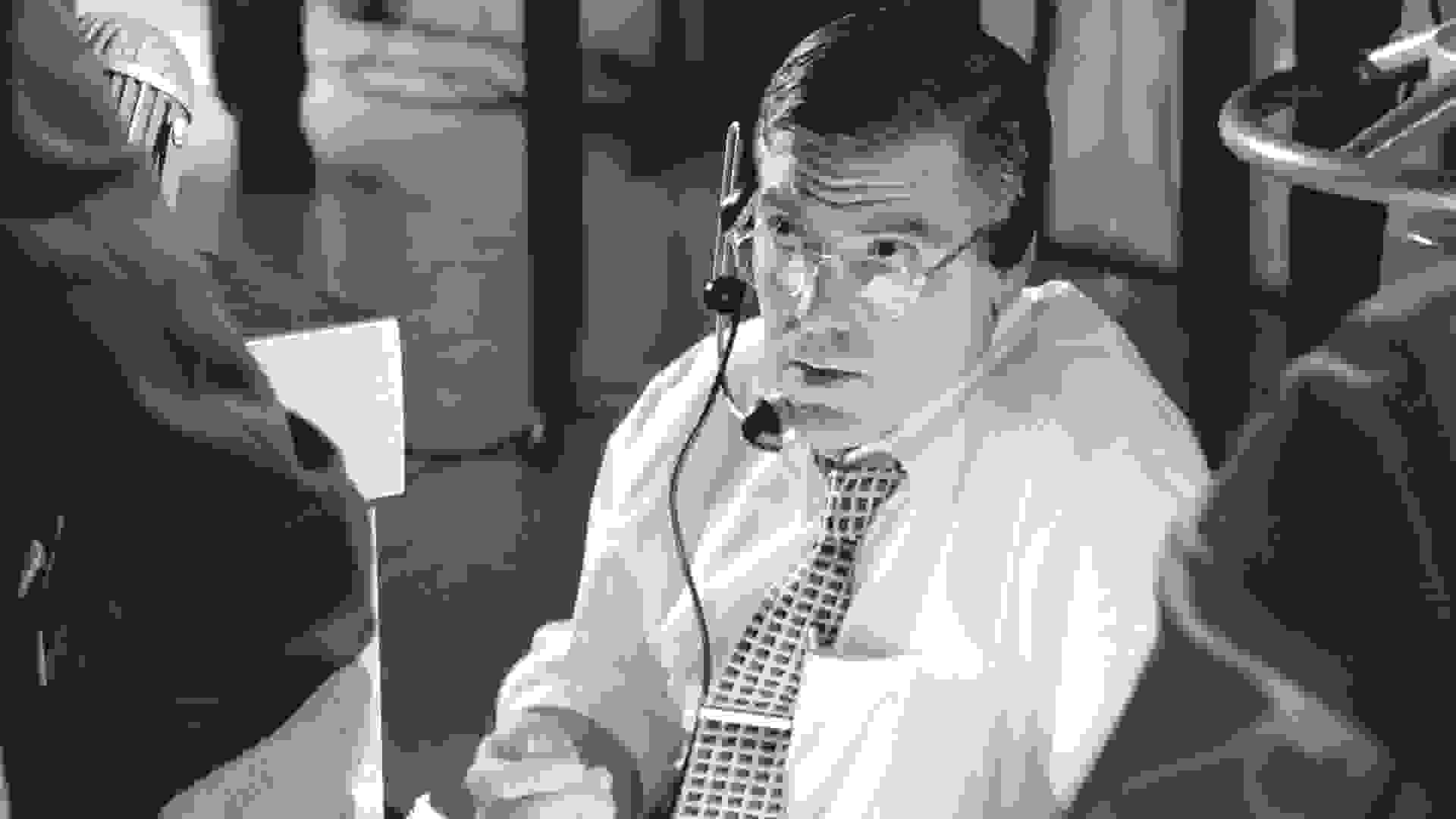 George Clooney is used to commanding multimillion-dollar salaries for his films, but he earned a modest paycheck (by Hollywood standards) for his sophomore directorial work, “Good Night and Good Luck,” which told the story of TV journalist Edward R. Murrow’s fight to take down Sen. Joseph McCarthy. According to The Telegraph, Clooney earned $120,000 for writing, directing and starring in the movie.

The film earned Clooney Oscar nominations for directing and writing (original screenplay), and although he didn’t win in either category, he did win an acting award that same year for “Syriana.” 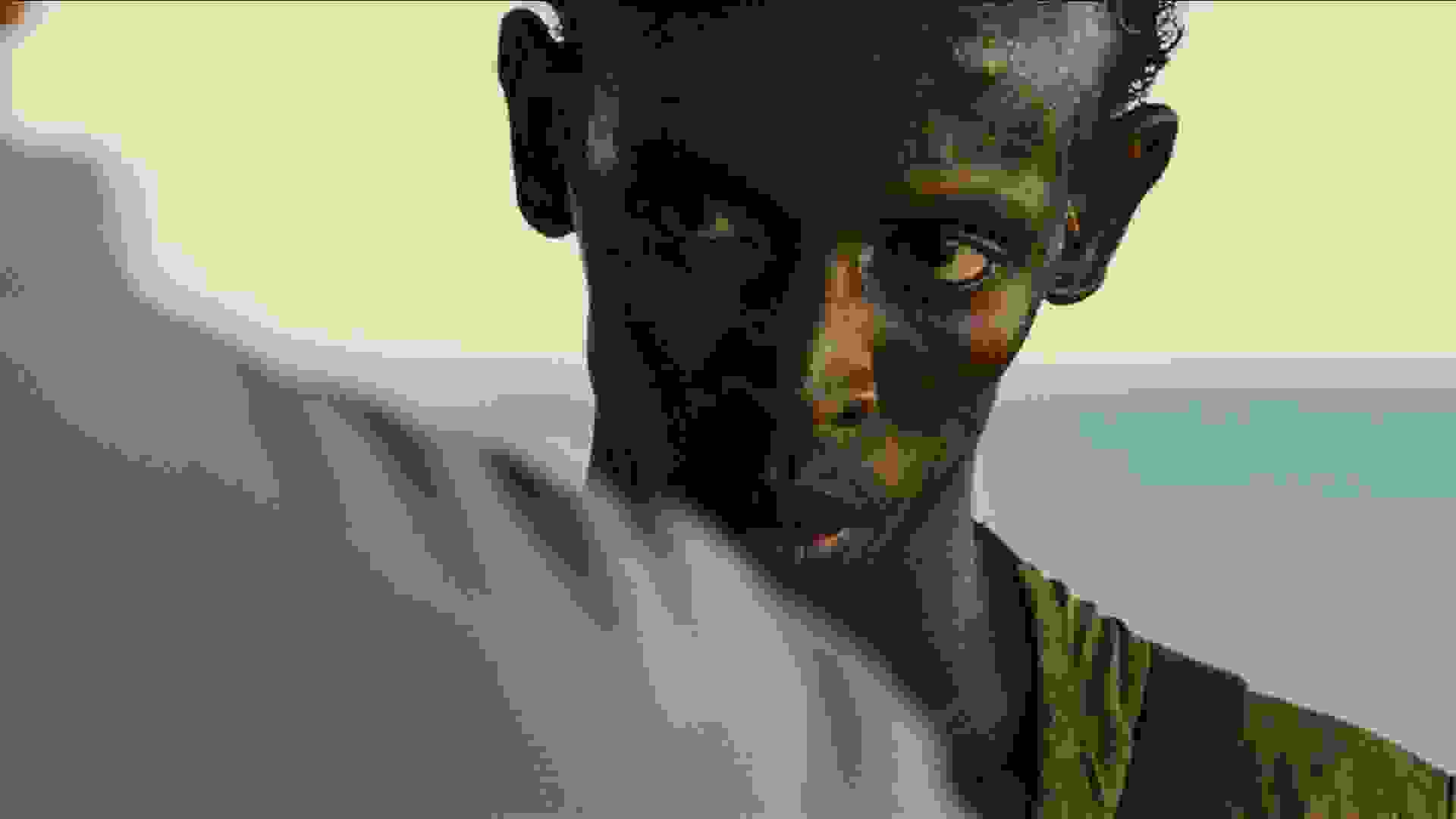 Barkhad Abdi will be forever engrained in popular culture after his iconic line in the film “Captain Phillips” — “Look at me, I’m the captain now” — became a viral meme, but Abdi didn’t become rich from the film that put him in the spotlight and earned him an Oscar nomination in the supporting actor category. According to a profile in The New Yorker, the Somali actor earned $65,000 of the $55 million that was budgeted for the film and relied on a per diem when he visited Los Angeles to promote it. 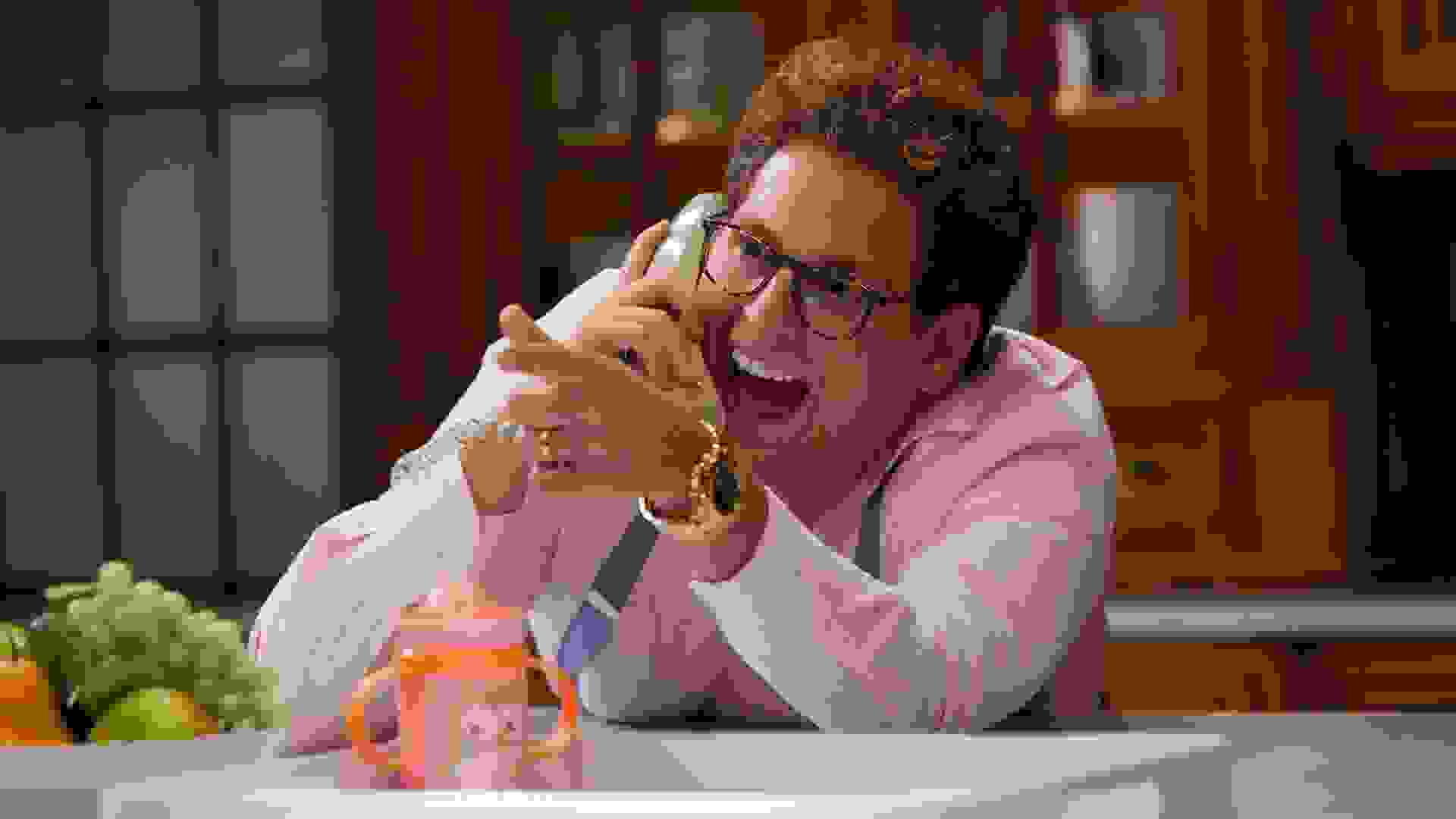 It had been a longtime dream for Jonah Hill to work with Martin Scorcese, and he was willing to take a multimillion-dollar pay cut to make that dream come true, he told Howard Stern. The actor was paid $60,000 for his role in “Wolf of Wall Street,” SAG’s minimum wage for the seventh-month film shoot.

“They gave me the lowest amount of money possible,” he told Stern. “I said, ‘I will sign the paper tonight. Fax me the papers tonight.’ I want to sign them tonight before they change their mind.”

Hill ended up getting a nomination for the actor in a supporting role Oscar for his portrayal of Donnie Azoff, marking his second nomination in the category after being previously nominated for “Moneyball.” 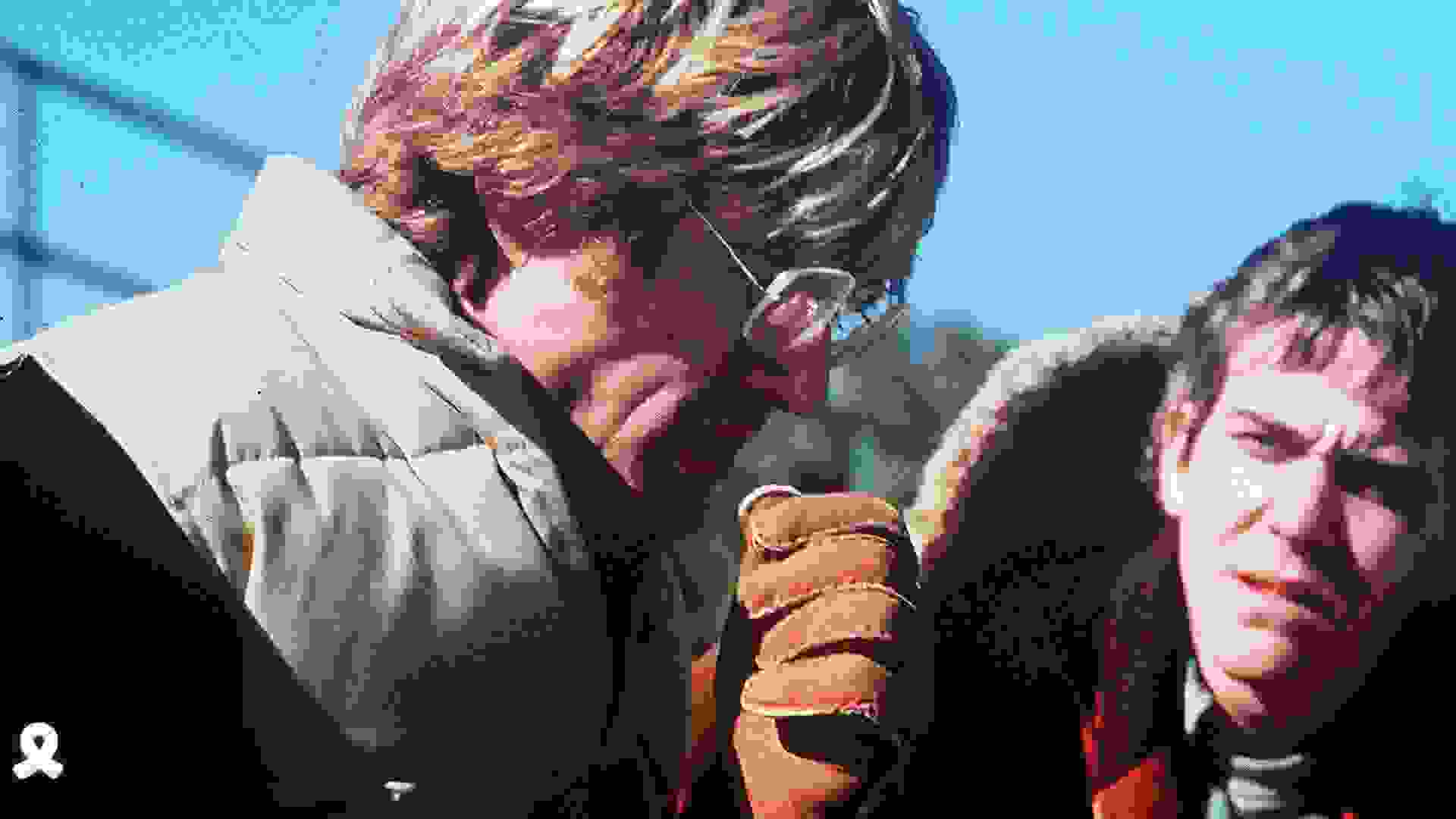 “Ordinary People” was the directorial debut for Robert Redford. Although he had already gained popularity as an actor, he didn’t earn a big paycheck for his first turn behind the camera. In fact, he reportedly earned the Directors Guild of America’s minimum wage of $53,066, according to IMDB. 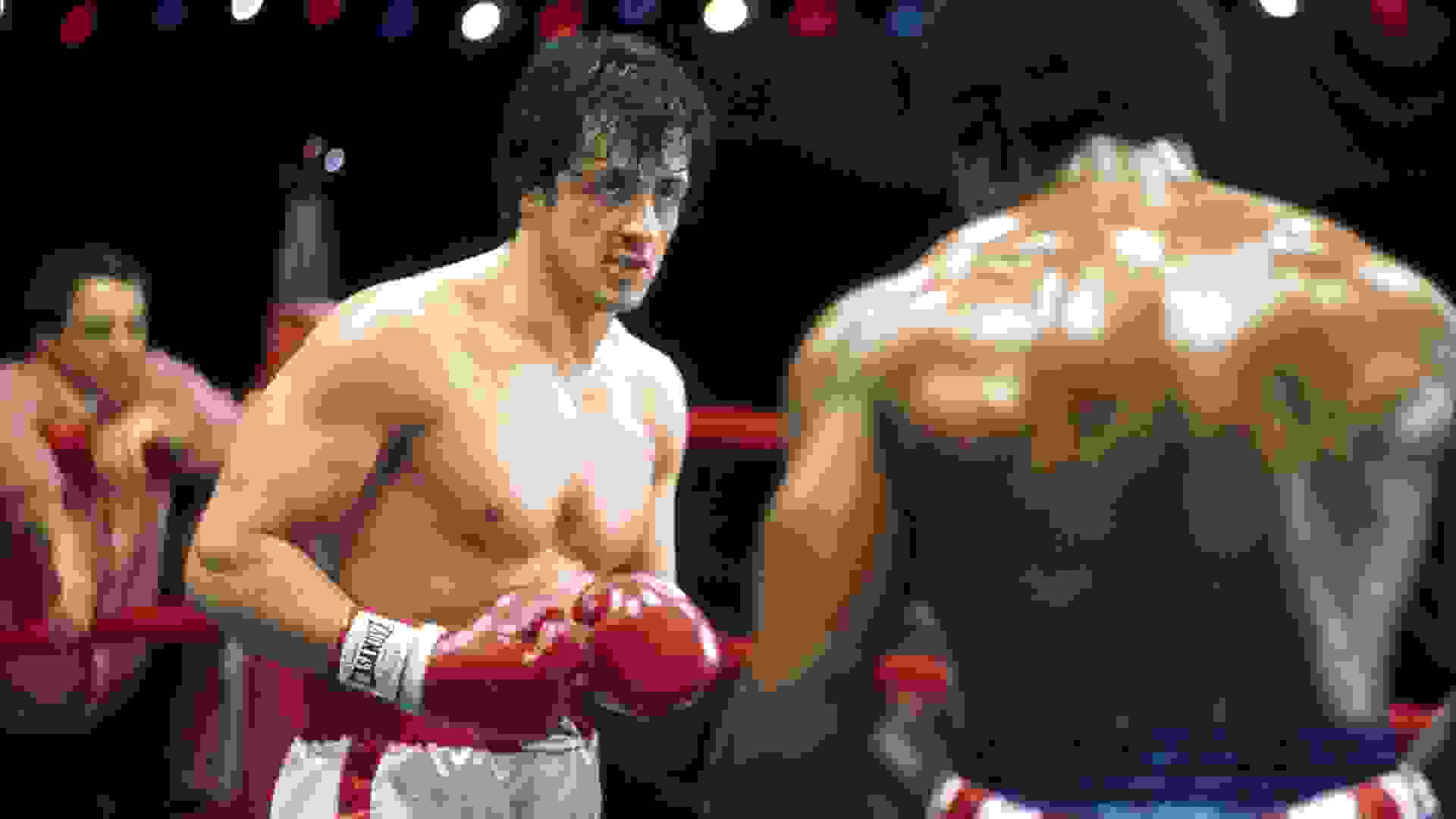 Sylvester Stallone was a real-life underdog when he pitched the idea for the boxer character Rocky, who has gone on to be the center of a mega-successful film franchise. But when the first “Rocky” film was released in 1976, no one expected it to be as big of a hit as it was, which is why Stallone didn’t earn much as the film’s creator, writer and star. He told Variety that his deal with MGM totaled $35,000: “The screenplay was about $25,000, then $360 a week before taxes. It shot for only 25 days. Luckily there were the WGA minimums. I made about $2,000 for acting.”

Stallone himself didn’t take home an Oscar — though he was nominated for actor in a leading role and writing — but the film was the 1976 best picture winner.

The Power of an Award: The Value of a Golden Globe Nomination 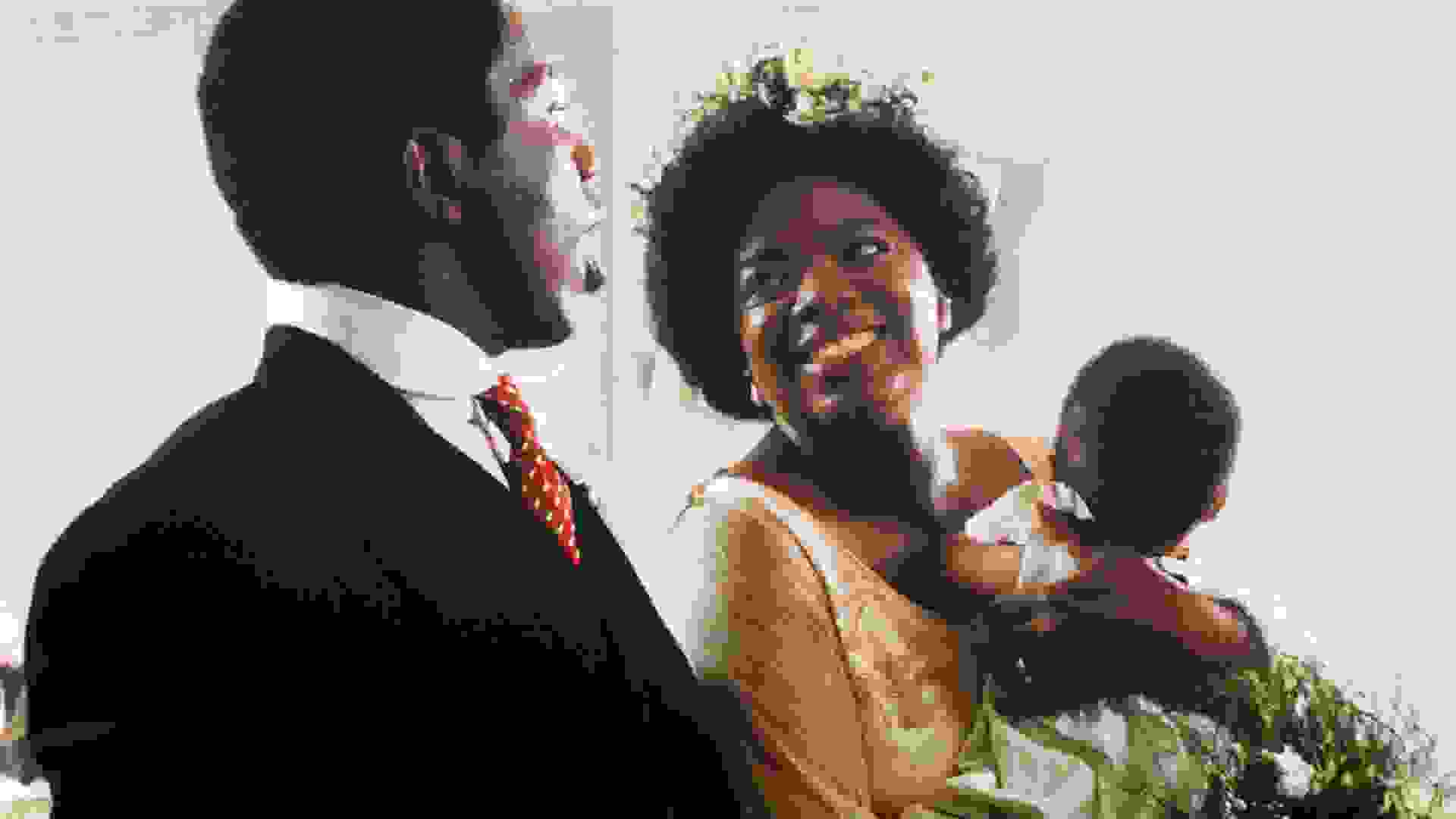 Oprah Winfrey isn’t hurting for cash now, but her salary for her acting debut in “The Color Purple” is a far cry from her earnings today. The media mogul only banked $35,000 for starring in the Steven Spielberg film, The Telegraph reported. She did earn an Oscar nomination for her acting, however, which is one more achievement Winfrey can check off her list. 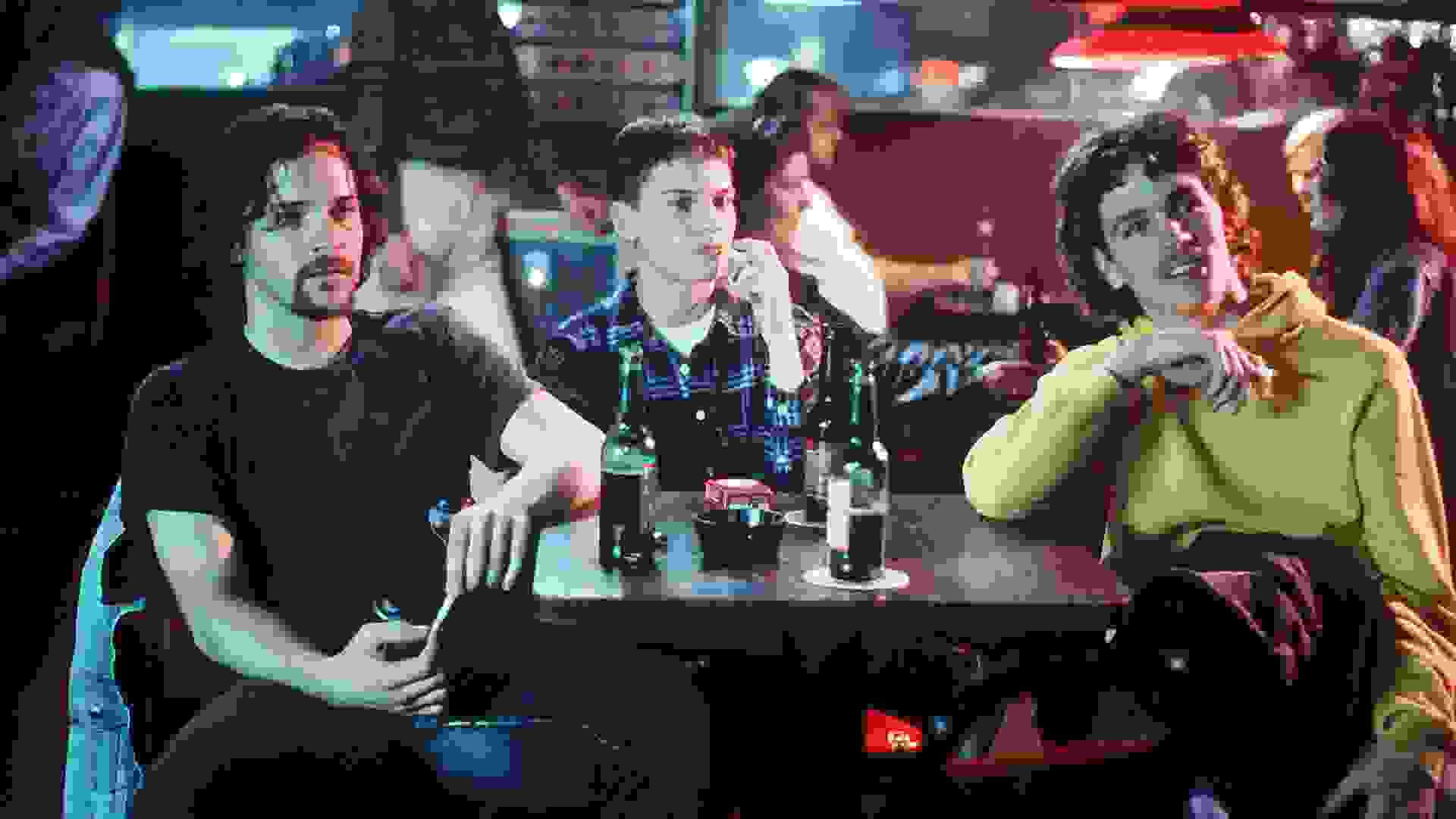 Two-time Oscar winner Hilary Swank was first recognized by the Academy back in 1999 for her starring role in the movie “Boys Don’t Cry,” in which she portrayed real-life transgender man Brandon Teena, who was raped and murdered in 1993. Swank, who was 24 when she made the movie, revealed on “Chelsea” that she was only paid $3,000 for her work on the film. 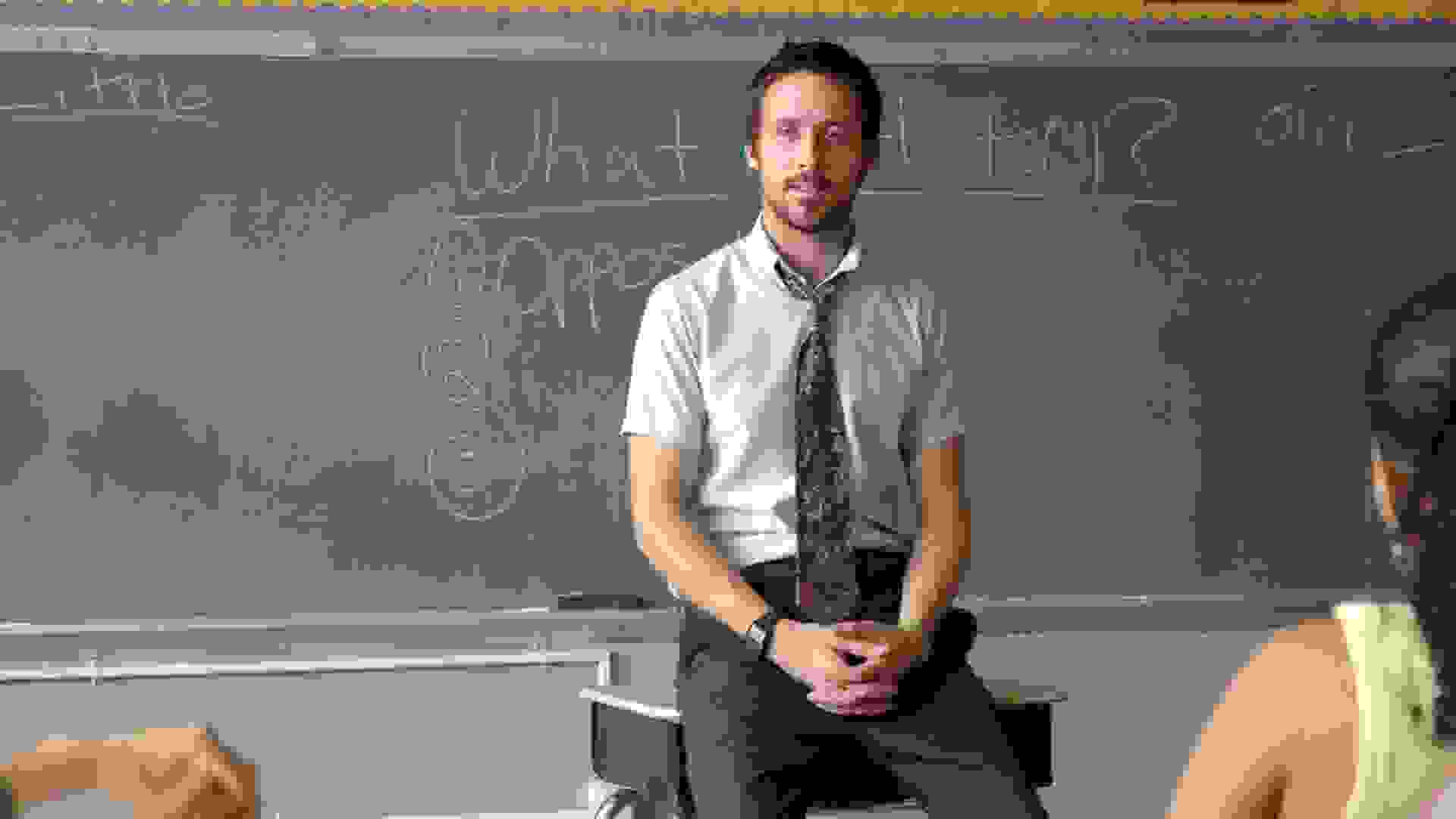 Ryan Gosling was relatively unknown when he starred as a teacher with a drug problem in the low-budget indie film “Half Nelson.” He was paid only $1,000 a week for his work on the film, The Telegraph reported. Although he didn’t make big bucks, the movie did earn him his first Oscar nomination back in 2006. 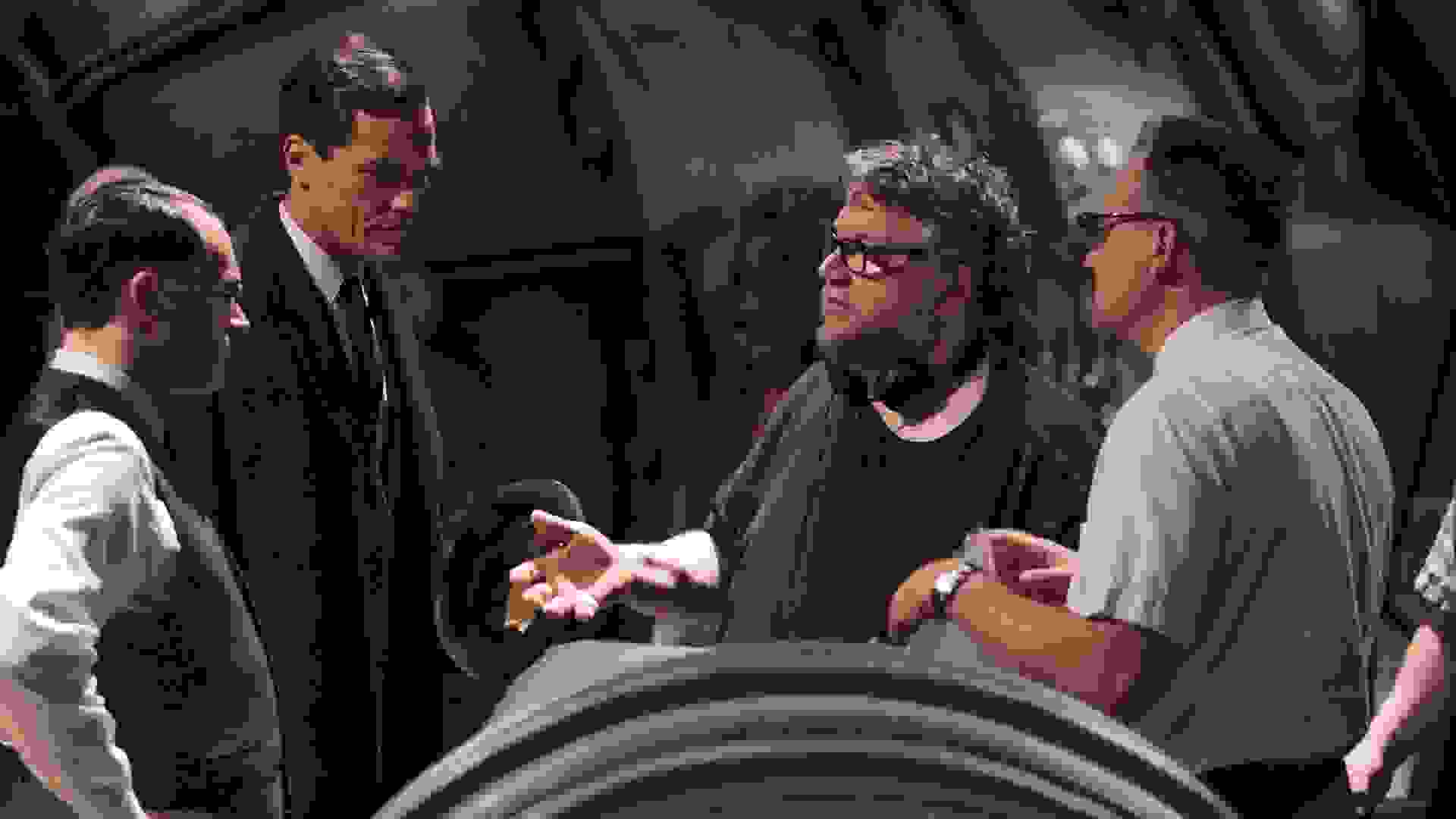 Guillermo del Toro: $0 for ‘The Shape of Water’

Guillermo del Toro had long wanted to make a movie about a romance between an amphibian-man and a human, and finally had the opportunity with “The Shape of Water.” He knew the niche appeal of the film demanded a tight budget — $20 million — so he cut his own paycheck in order to stick to it.

“I said, except for taxes and guild dues, my entire salary goes back into the movie — to buy time, sets, whatever — and it did,” he told Variety. 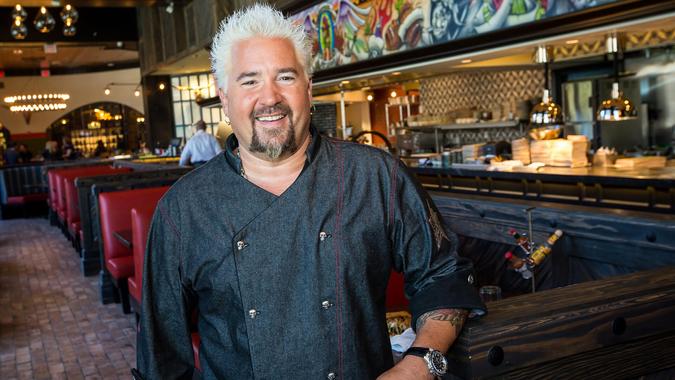 Where 20 of the Richest Food Network Stars Are Now

See what the biggest Food Network stars are up to today.