How Much is Owen Wilson Worth as He Joins the Marvel Cinematic Universe? 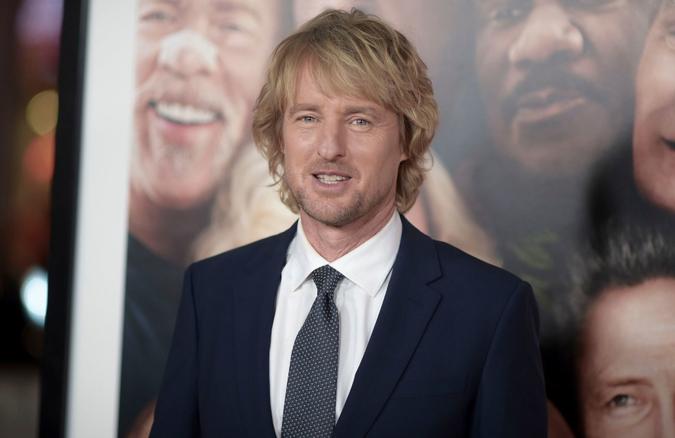 Famed American actor and screenwriter Owen Wilson has a net worth of $70 million, according to CelebrityNetWorth.com. In addition to being in high-grossing films such as “Wedding Crashers,” he is a savvy real estate investor with roughly $40 to $50 million invested in properties across Los Angeles.

See: How Much Is ‘Loki’ Actor Tom Hiddleston Worth?
Find: Disney+ Could Be Killing Movie Theaters, While Warner Plans To Save Them

Wilson is best known as an actor who frequently runs with fellow “Frat Pack” members Ben Stiller, Vince Vaugh and brother Luke Wilson. Together, the team has starred in movies such as “Night at the Museum,” “Meet the Parents” and “Anchorman.”

He also played the voice of race car Lightning McQueen in all three Disney Pixar “Cars” movies, as well as an entire series of shorts based around the beloved characters in Radiator Springs.

It is Wilson’s first foray into the Marvel Cinematic Universe — or any superhero movie, for that matter. His television credits are also sparse, as the actor makes most of his entertainment income from feature films. However, Wilson dove into the complicated role of a Time Variance Authority agent — similar to an FBI agent, but an inter-dimensional bureaucracy tasked with maintaining a singular timeline across the universe.

In an interview with Variety.com, Wilson compared working within the MCU to working with Pixar.

“They seem to really exercise a lot of quality control, and like Pixar, everything that they release seems to really connect — not just with a big audience, but it seems to be pretty well received critically,” he shared.

Discover: Is Disney+ Worth the Cost or Should You Save Your Money?

How Owen Wilson Made His Millions

While anything that’s part of the Disney franchise tends to be a moneymaker, Wilson’s other movies also turned hefty profits at the box office. CelebrityNetWorth.com reports that his movies have earned more than $2.25 billion in the U.S. and Canada — an average of about $75 million per film.

The comedic actor’s career began with the 1999 movie “Bottle Rocket,” which he co-wrote with Wes Anderson, kicking off a productive professional relationship. Although the movie wasn’t a hit, it gained a cult following. Wes Anderson’s “Rushmore” and “The Royal Tenenbaums,” however, were the flicks that skyrocketed Wilson’s career.

In 2000, Wilson also starred in “Shanghai Noon” with Jackie Chan, earning $4 million for that role, according to TheRichest.com. The movie grossed $100 million at the box office, CelebrityNetWorth.com reports, not counting the sequels.

Wilson’s salary ranges from approximately $1 million for movies like “Marmaduke” up to $15 million for the 2010 release “Little Fockers,” according to TheRichest.com.

See: The Richest of the Rich: See How Much Tom Cruise, Tom Hanks and More A-List Movie Stars Are Worth
Find: How Much Emma Watson and More Stars Made for Disney Remakes

CelebrityNetWorth says that Wilson has earned a total of approximately $90 million from film roles alone, not counting a handful of TV appearances, which, of course, includes his latest role in “Loki.”

Wilson also sports a hefty real estate portfolio, with multiple homes across Los Angeles, including a beach house in Malibu and a 1,500-square-foot, 3-bedroom house in Pacific Palisades and a double lot property in Santa Monica. He also owns property in Maui, Hawaii, which he bought in 2007 for $5.85 million and has no doubt appreciated in value since.