How Rich is Regina Hall? 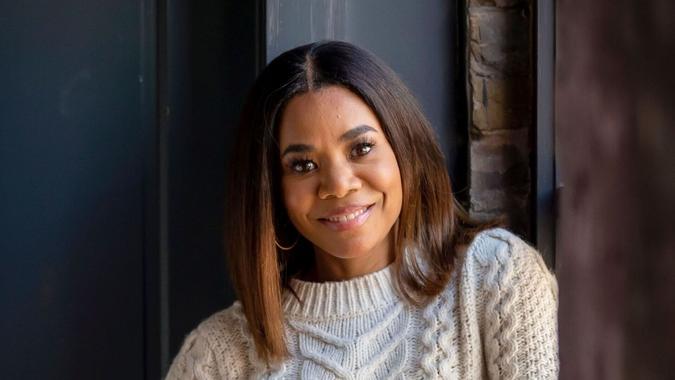 Regina Hall, 51, is an actor and producer who made a name for herself in the entertainment business via the “Scary Movie” franchise — and she’s scaring up some attention for her role in the recently released horror flick “Master” on Amazon Prime Video. She will be co-hosting the 2022 Academy Awards on March 27 alongside Wanda Sykes and Amy Schumer.

See: How Rich Are Tom Hanks, Renée Zellweger and More Past Oscar Winners?
Find: How Rich Are Biden, Trump and These Other Potential 2024 Presidential Candidates?

Hall currently appears in the Showtime series “Black Monday.”  She recently appeared as Carmel Schneider in the miniseries “Nine Perfect Strangers” on Hulu.

Her acting credits are many.  Hall co-starred in “Grandfathered,” “The Best Man,” “The Best Man Holiday,” “About Last Night,” “Vacation,” “Think Like a Man,” “Girls Trip,” “The Hate U Give,” “Little” and “Support the Girls.”

Hall has been working steadily since the 1990s and has amassed an estimated net worth of $6 million, according to CelebrityNetWorth.

Hall owns a production company called RH Negative, which has a multiple movie deal with ViacomCBS and a television first-look deal with Showtime.

Regina Lee Hall was born to Odie and Ruby Hall in Washington, D.C., on Dec. 12, 1970.  She earned her degree (in English) from Fordham University in 1992. She went on to earn her master’s degree in journalism from New York University in 1997. After the unexpected death of her father during her studies in graduate school, Hall reevaluated what she wanted to do — and decided to follow her dream to become an actor.

She landed her first commercial (for McDonald’s) in 1997. She nabbed a few small parts before landing the role of Candy in “The Best Man” in 1999.  She then appeared in “Love and Basketball.” The recognition she attracted from those films led her to an opportunity to star as Brenda Meeks in the “Scary Movie” franchise.

Her next big role came as a recurring character — turned series regular — on the hit show “Ally McBeal.” More work on the big and small screen followed.

Hall is considered to be comparatively quiet concerning her private life. She has never been married and she even considered becoming a Catholic nun at one point — but was turned away, being one year over the age 39 cutoff.

Learn: How Rich Is Pete Davidson?
Explore: How Rich is Wanda Sykes?

After her mother was diagnosed with the autoimmune disease scleroderma, she became passionate about educating people about the disease. Hall’s mother, Ruby, passed away in early 2021.

Hall continues to volunteer, spending time with senior citizens living in a convalescent home in Sherman Oaks, Los Angeles, close to where she currently resides.