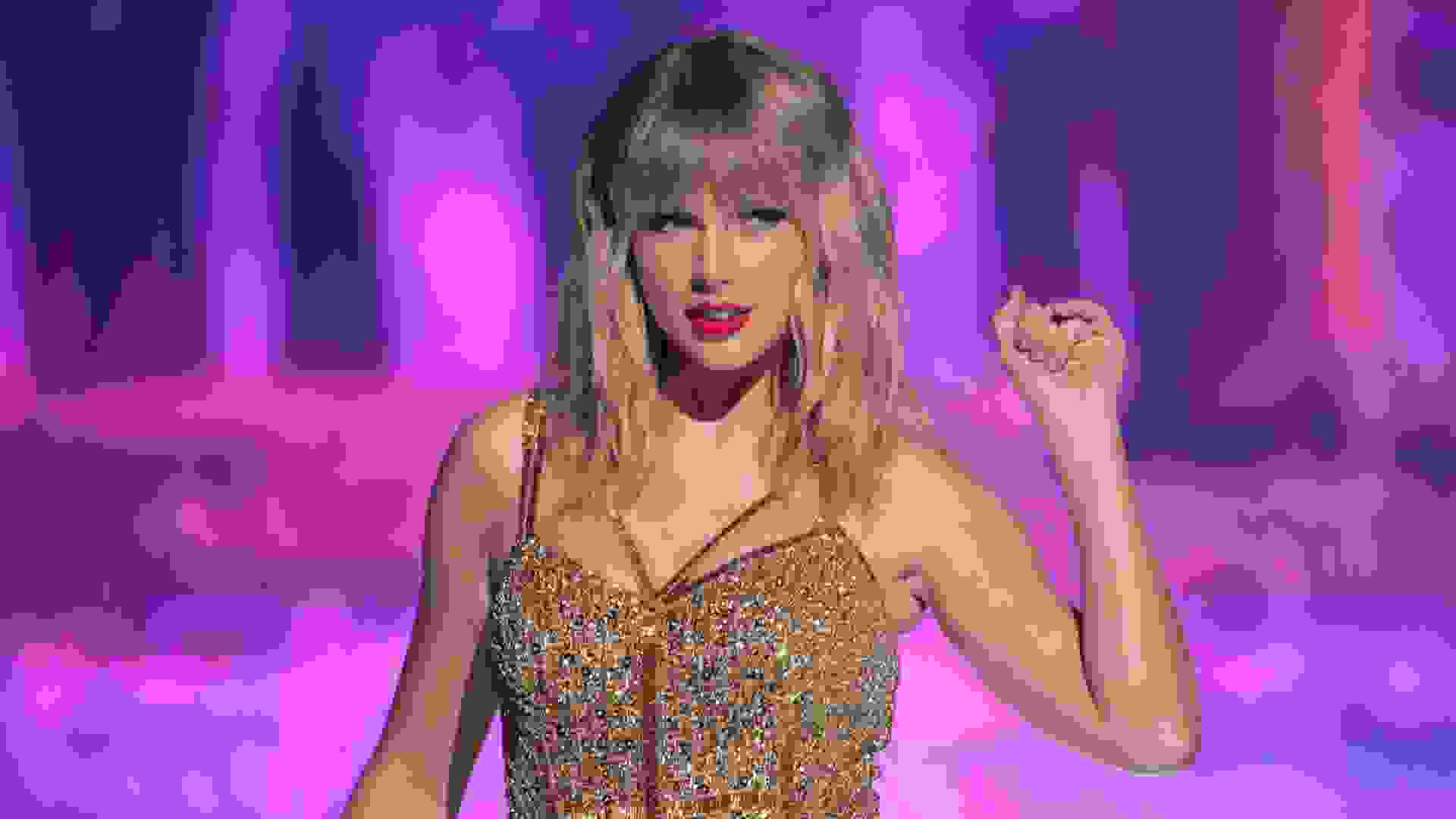 Nashville, Tennessee, is known as Music City, and it’s the country music capital of the United States. Aspiring stars flock to Nashville, hoping to get their break in a city that the local chamber of commerce says has this highest concentration of music industry establishment in the U.S. It’s the place for songwriters and musicians to find everything from performance venues to production facilities to promoters.

While country music performers generally wind up in Nashville, many flock there from other states. Some of country music’s biggest names today, in fact, come from places ranging from the West Coast to the Northeast.

Check out if your favorite country musician made the list. 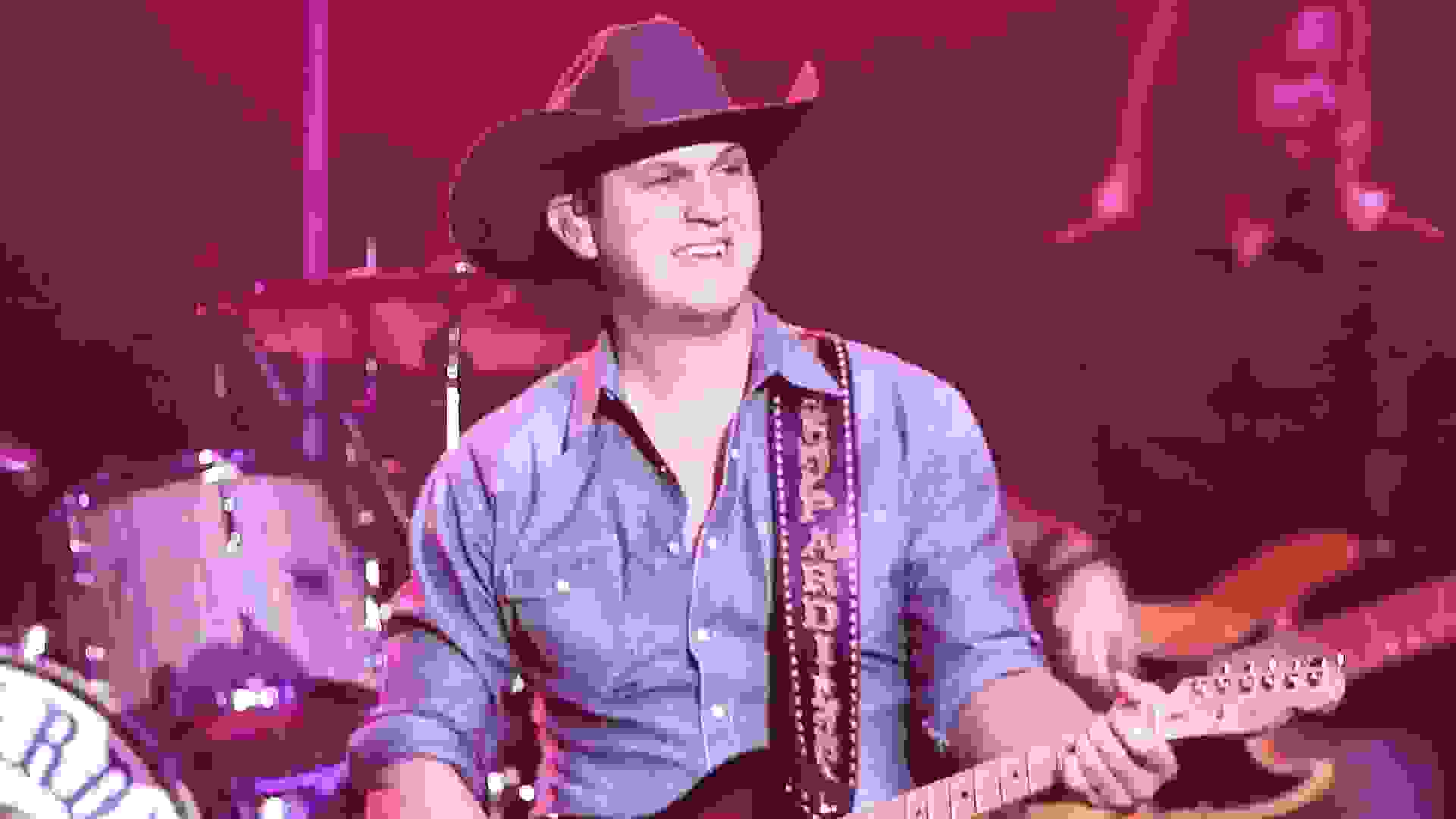 Jon Pardi was raised in Northern California as the son of a construction boss who taught him the value of hard work. He went to work himself as age 14, toiling at a grocery store, on a ranch and as a heavy machinery operator. At the same time, Pardi was writing songs and was in a band, and in his late teen years, he moved to Nashville to pursue a music career. He won the Country Music Association award in 2017 as New Artist of the Year. 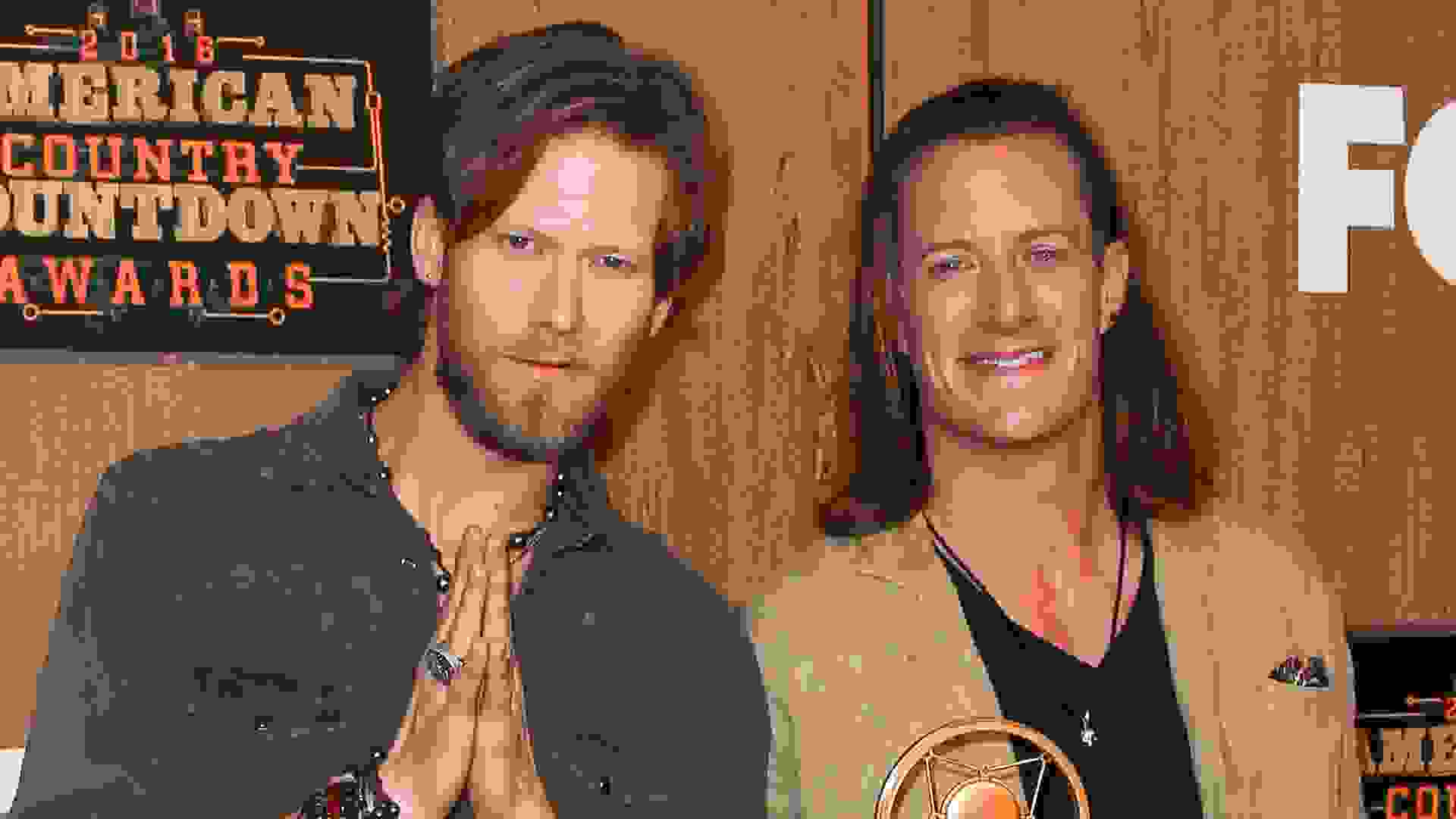 Brian Kelley makes up the Florida half of the country duo Florida Georgia Line, which has a combined net worth of $50 million. Kelley and partner Tyler Hubbard each announced they will record solo music this year while keeping the group together. In February, they released their fifth studio project, “Life Rolls On.” The popular duo won the CMA for Vocal Duo of the Year for three straight years, 2013-15. 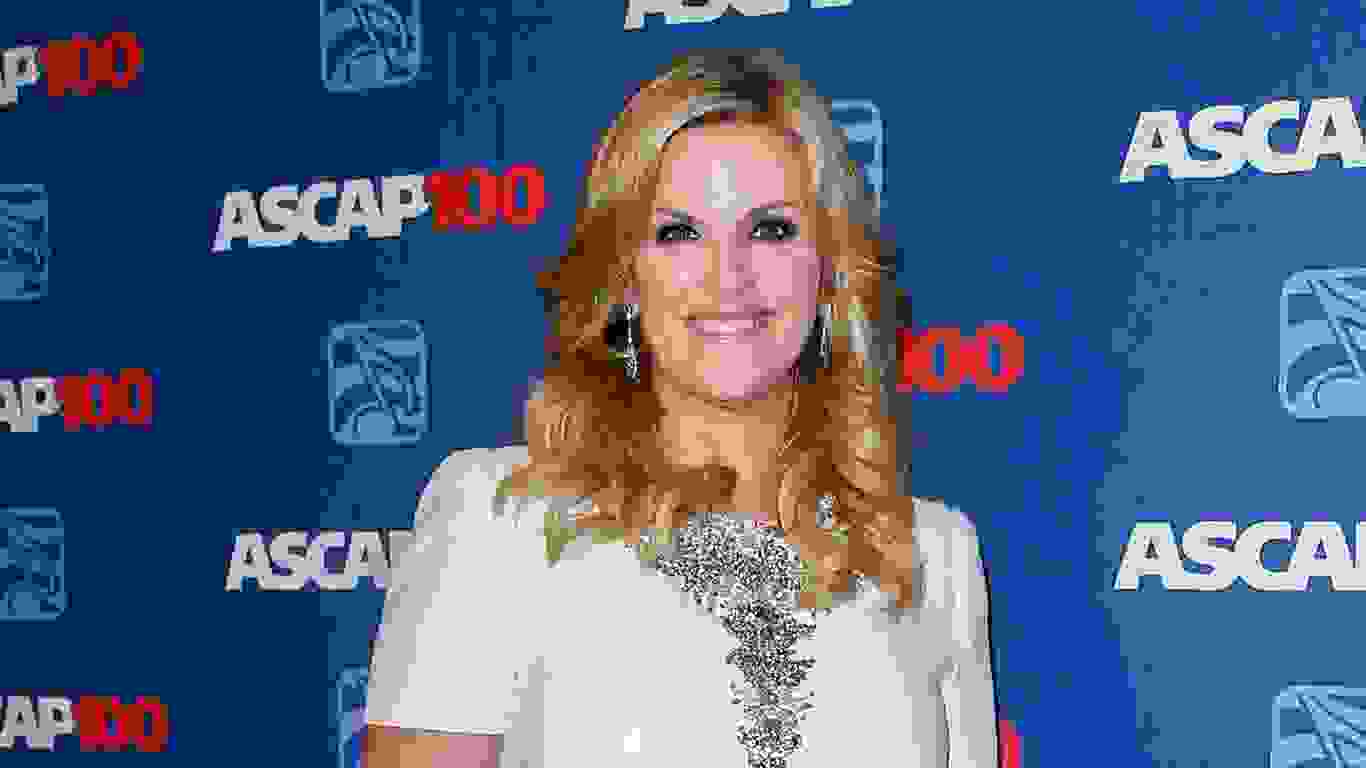 Trisha Yearwood was raised in Georgia but moved to Nashville after high school. She went to college and worked as a tour guide at the Country Music Hall of Fame, making extra money singing in local establishments. Her single off her 1991 self-titled album, “She’s in Love with the Boy,” debuted at No. 1 on Billboard’s country charts, and multiple platinum albums followed through the years.

Yearwood has been nominated for 27 Grammy Awards, winning three times. Now, in combination with husband Garth Brooks, she has a net worth of $400 million. 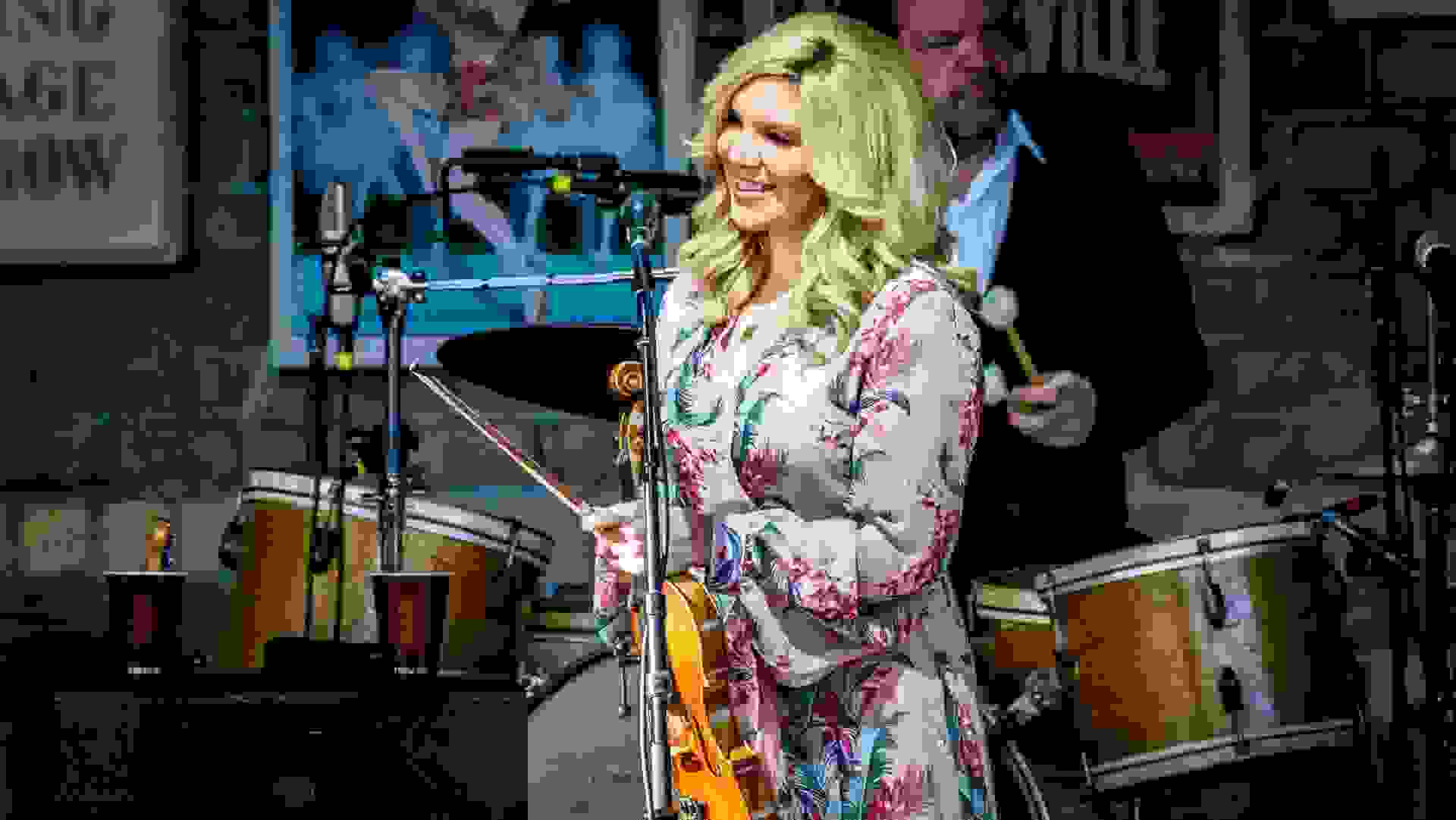 Born in Decatur, Illinois, Alison Krauss is a staple of the country music scene and also has contributed to film soundtracks. She has been on the stage since her early years, however, being named the “Most Promising Fiddler in the Midwest” as a teen.

Kraus has also walked the stage at the Grammy Awards more than once. Nominated 42 times, she has 27 Grammys. She’s also taken home seven Country Music Association awards, her first in 1995. 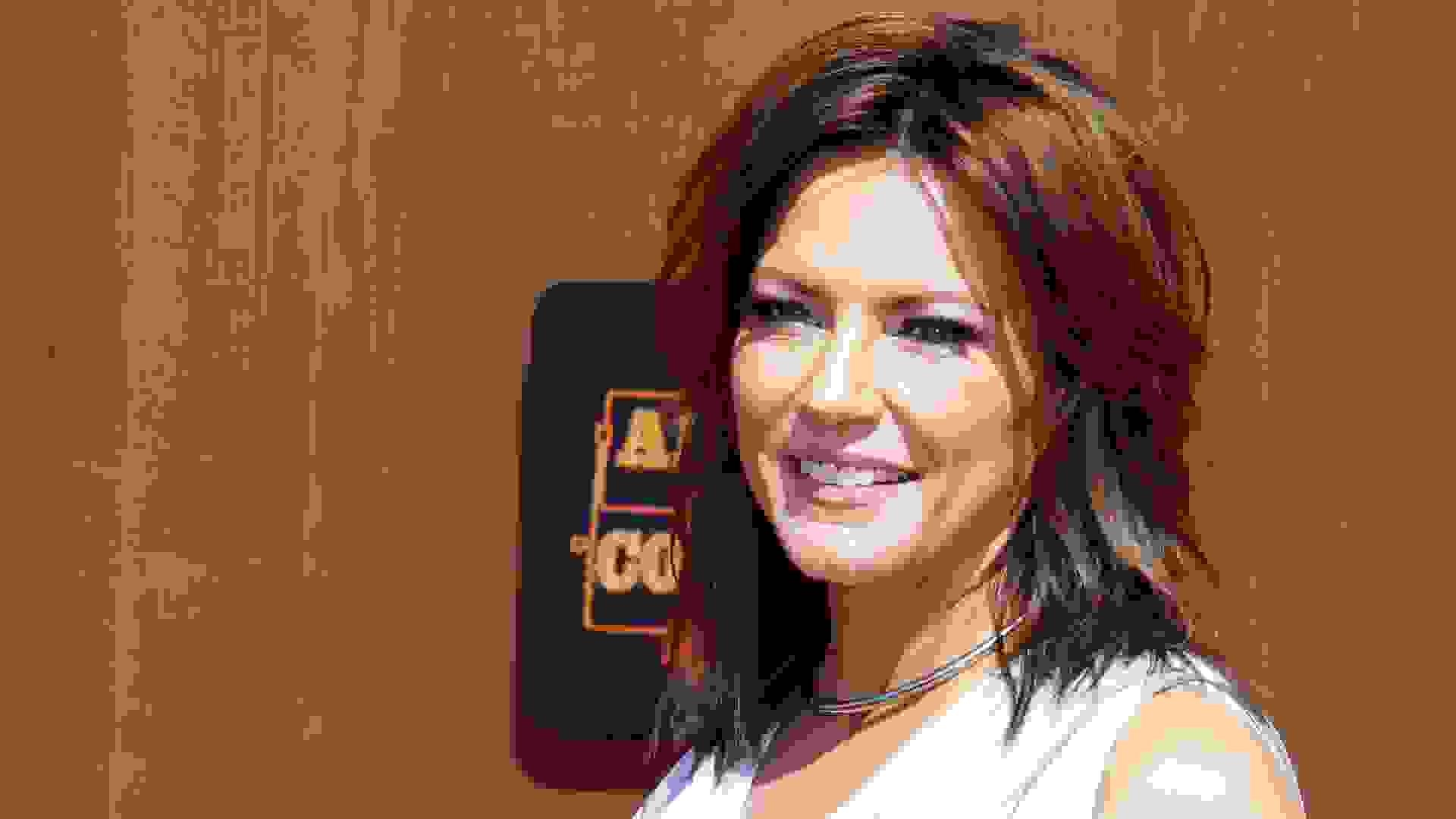 Martina McBride was raised on a dairy farm in Sharon, Kansas, where her father also performed in a local band that she eventually joined. She and her husband moved to Nashville in 1990 to find work in the music scene, and she rose from selling T-shirts at Garth Brooks concerts to becoming his opening act.

Within 10 years, McBride had won her first CMA award for Female Vocalist of the Year, and just a few years later, her work was recognized by a different audience as two of her songs made the Top 10 on the adult contemporary chart. 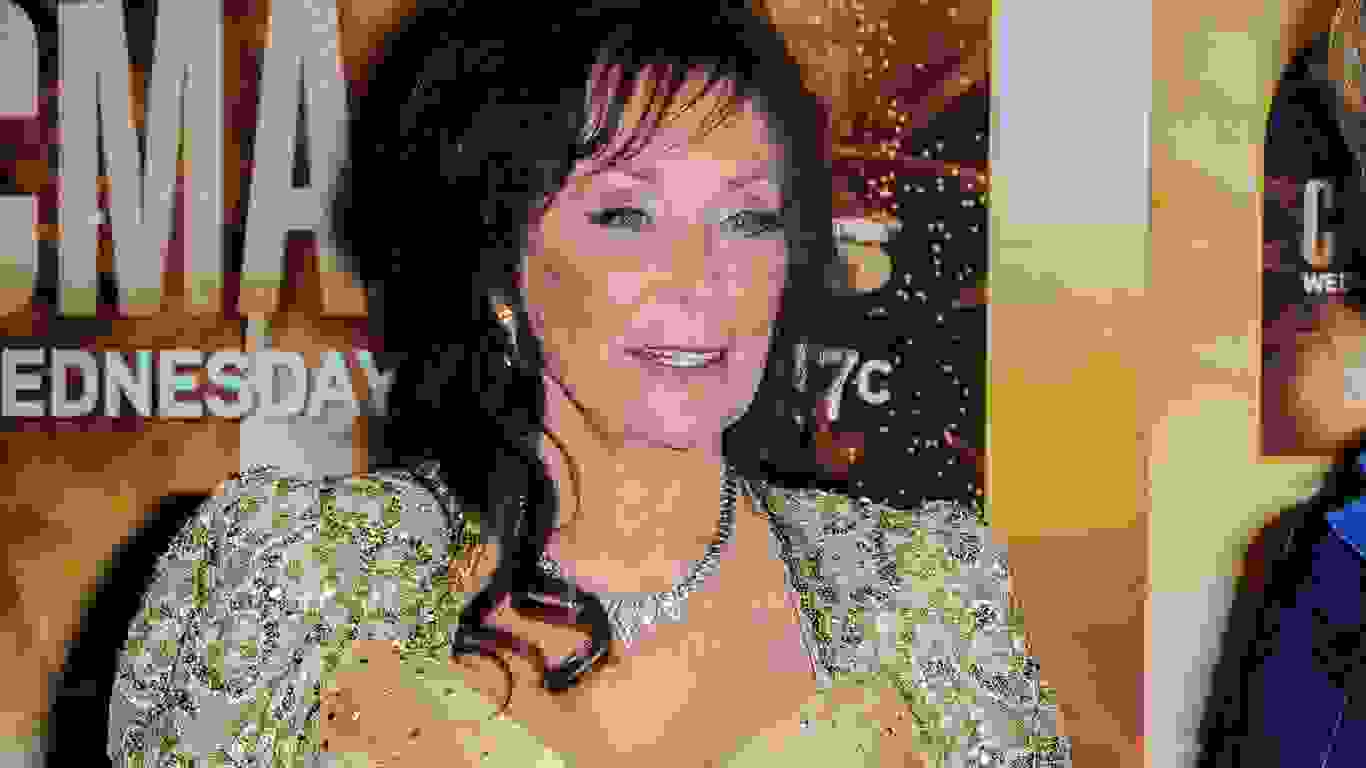 Loretta Lynn grew up in a cabin in the Appalachian coal-mining community of Butcher Hollow, Kentucky. Some of her greatest hits were autobiographical tunes, including “Coal Miner’s Daughter,” which served as the basis for a book and later a theatrical release of the same name. An eight-time CMA winner, she was inducted into the Country Music Hall of Fame in 1988. Tim McGraw grew up in Start, Louisiana. He was introduced to country artists of his childhood as he traveled with his stepfather in the cab of an 18-wheel truck. He took his love for singing to church and to plays in elementary school. He enrolled in college and studied pre-law, but he preferred playing the guitar he bought at a pawn shop to studying and started singing in Louisiana clubs before quitting school and moving to Nashville.

McGraw and his wife, Faith Hill, are a Nashville power couple with a combined net worth of $165 million. McGraw is the winner of 14 CMA awards to go with three Grammys.

Another Louisianan, Hank Williams Jr., has a net worth of $45 million. 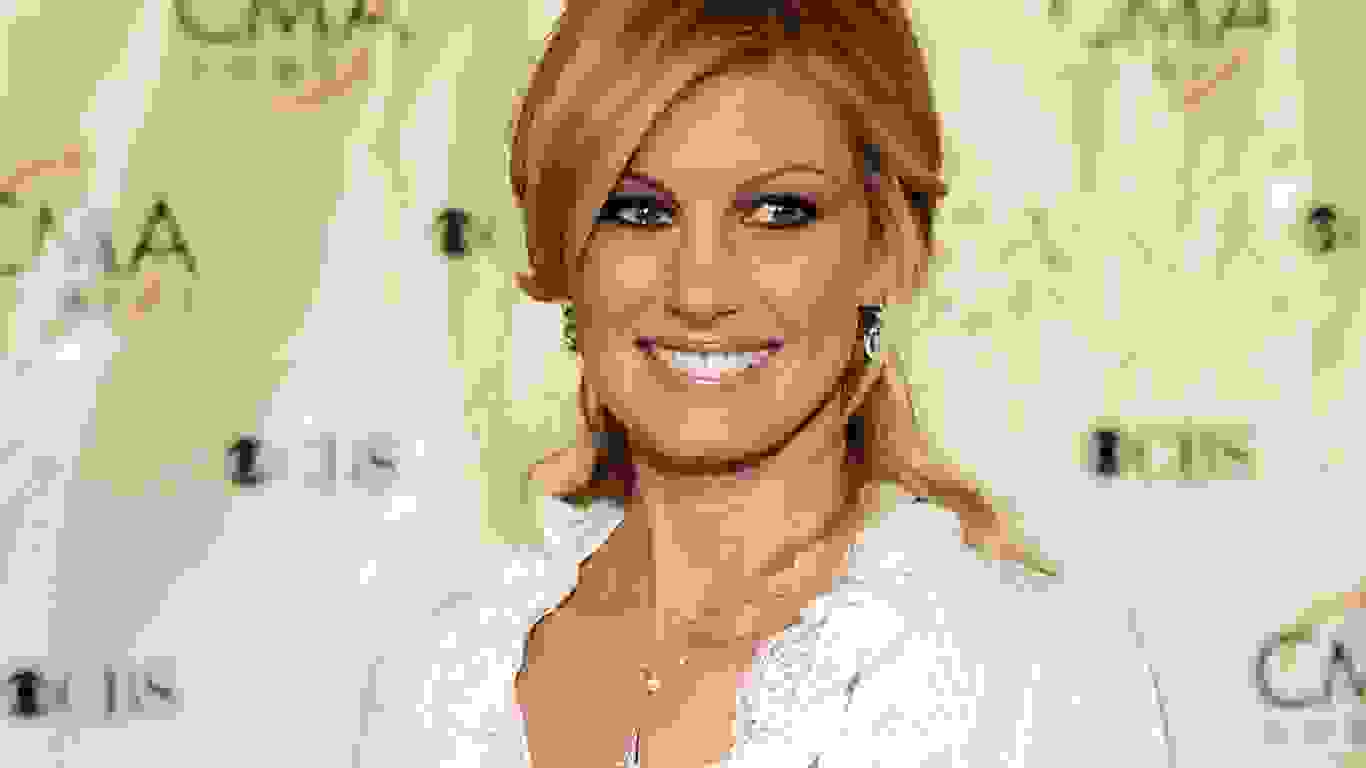 Faith Hill was an established country music star by the time she married Tim McGraw in 1996. She grew up in Star, Mississippi, where she sang at the Baptist church where her family worshiped. She learned to play the guitar and started her own country band at 16. After one year of community college, she moved to Nashville, where her first jobs included packaging fan merchandise for Reba McEntire.

Hill is a multiple winner of the CMA award (three) and Grammy (five), making for a crowded trophy room at the McGraw/Hill household. 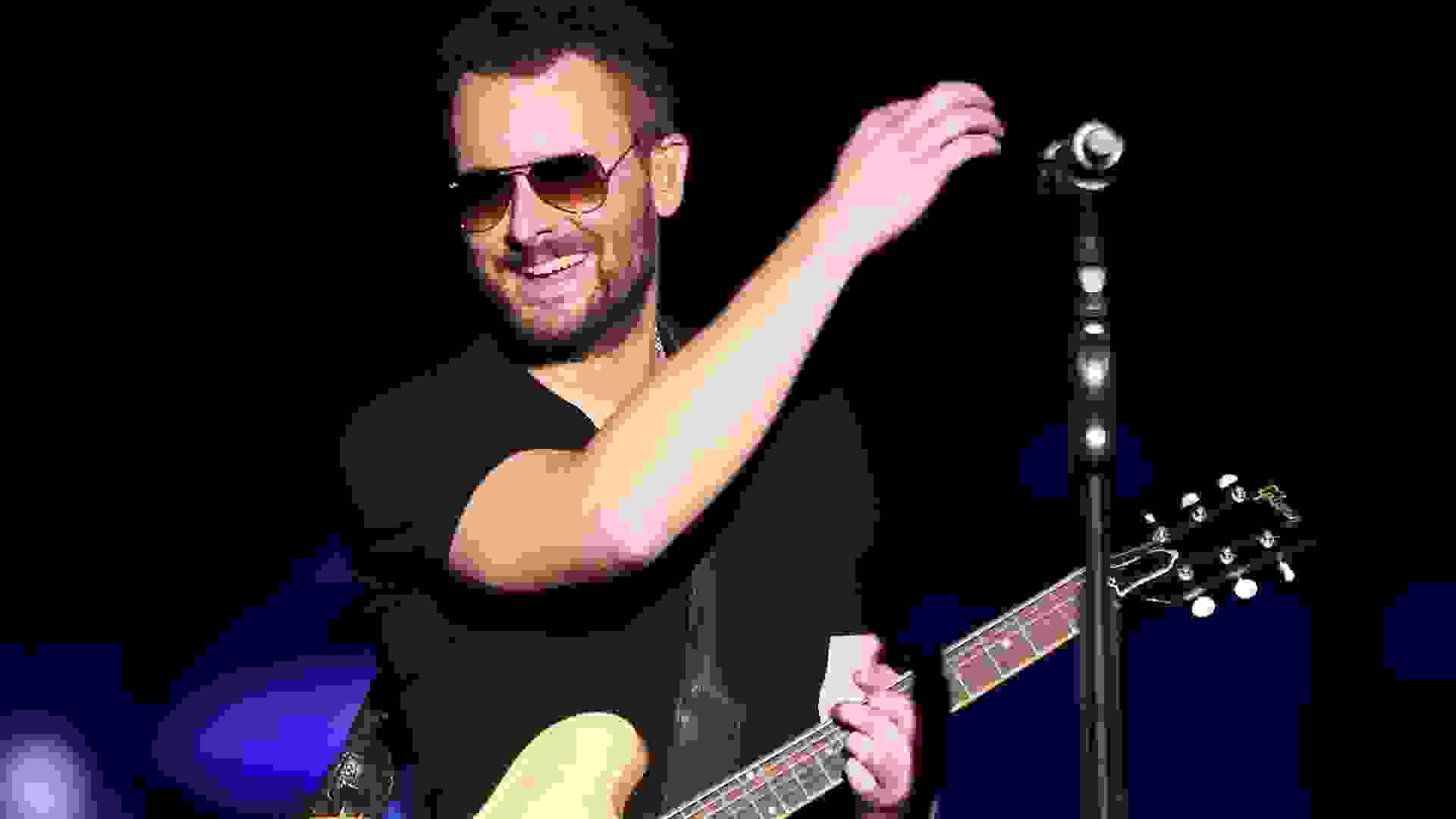 Eric Church, from Granite Falls, North Carolina, got his degree in marketing from Appalachian State — part of a deal with his father. He’d finish college if his dad would support him for six months in Nashville after graduation. The pact seems to have worked out OK for both sides. He has won three CMA awards, including two for Album of the Year. 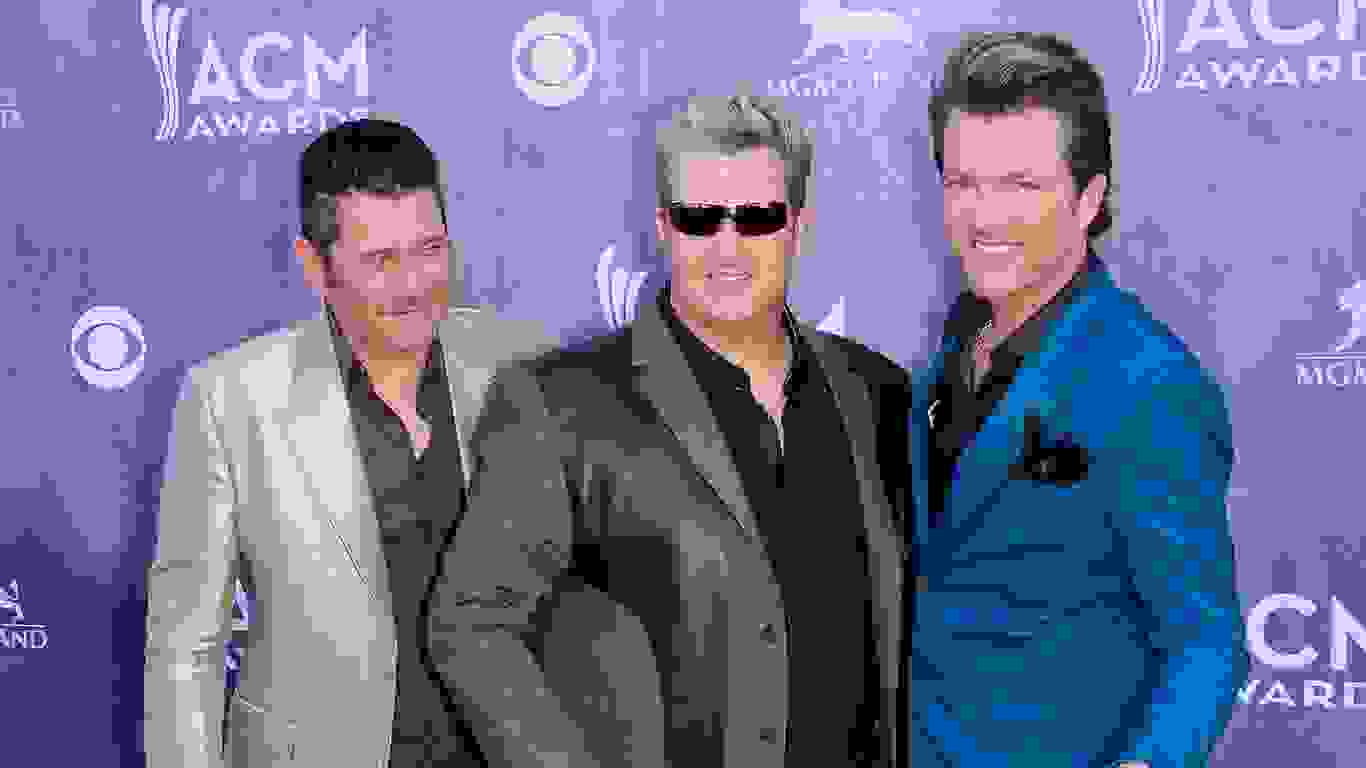 Cousins Gary LeVox and Jay DeMarcus grew up in the Columbus, Ohio, area and joined with Joe Don Rooney to make up Rascal Flatts in 2000. Combined, the group members have a net worth of $180 million. They’ve earned that with 17 No. 1 hits, more than 23.4 million album sales and 35 million digital downloads, combined with the sale of more than 11 million concert tickets. 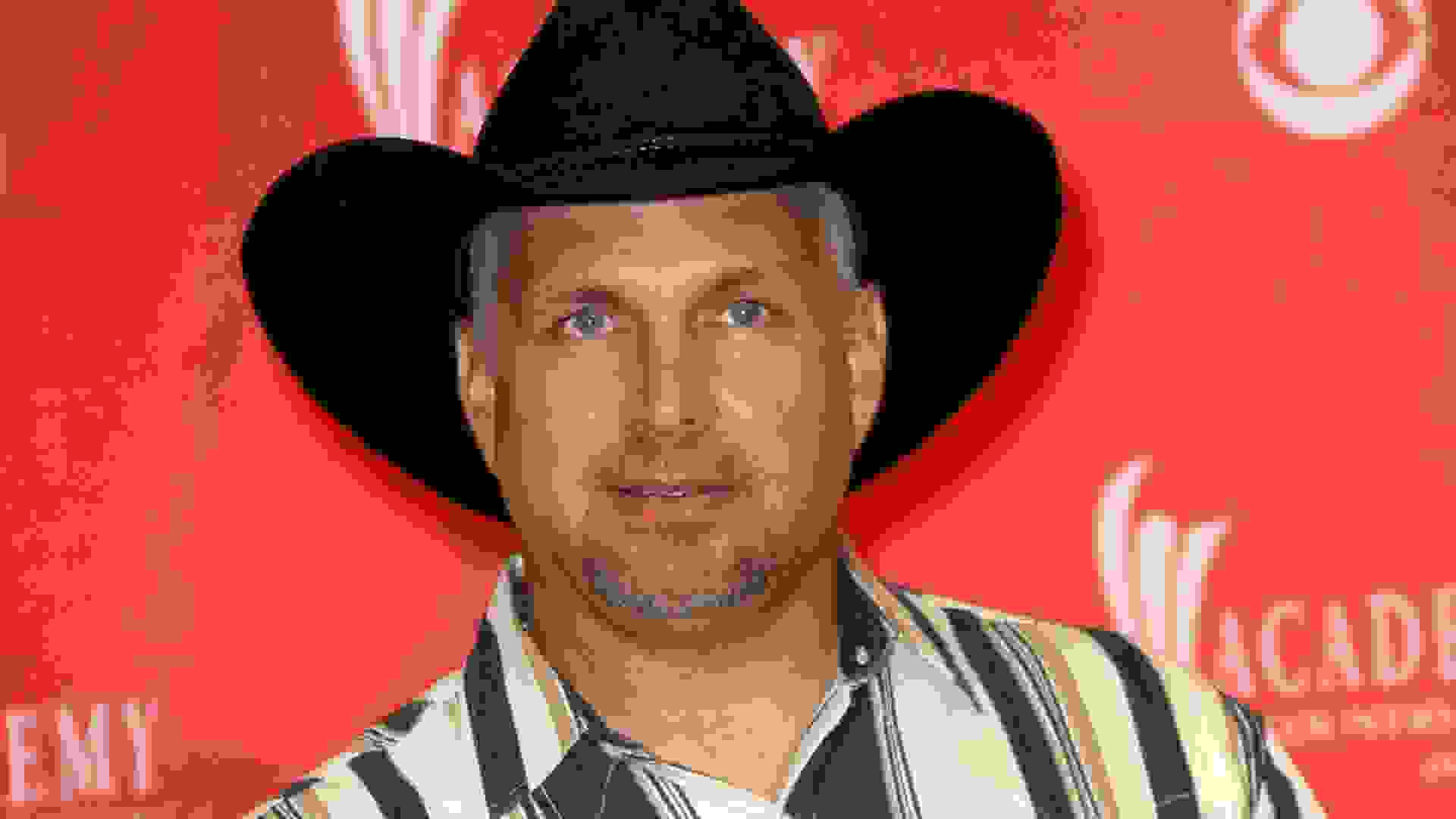 Tulsa, Oklahoma, native Garth Brooks is among the best-selling solo artists in U.S history with about 150 million album sales. His third studio album, “Ropin’ the Wind,” was the first country album to hit No. 1 on the Billboard 200 in its debut week. His 1998 album, “Garth Brooks Double Live,” sold more than 1 million copies in the first week on the market.

Brooks married fellow country superstar Trisha Yearwood in 2005, and together, they have a $400 million net worth. He is the winner of seven CMA Entertainer of the Year awards and two Grammys. 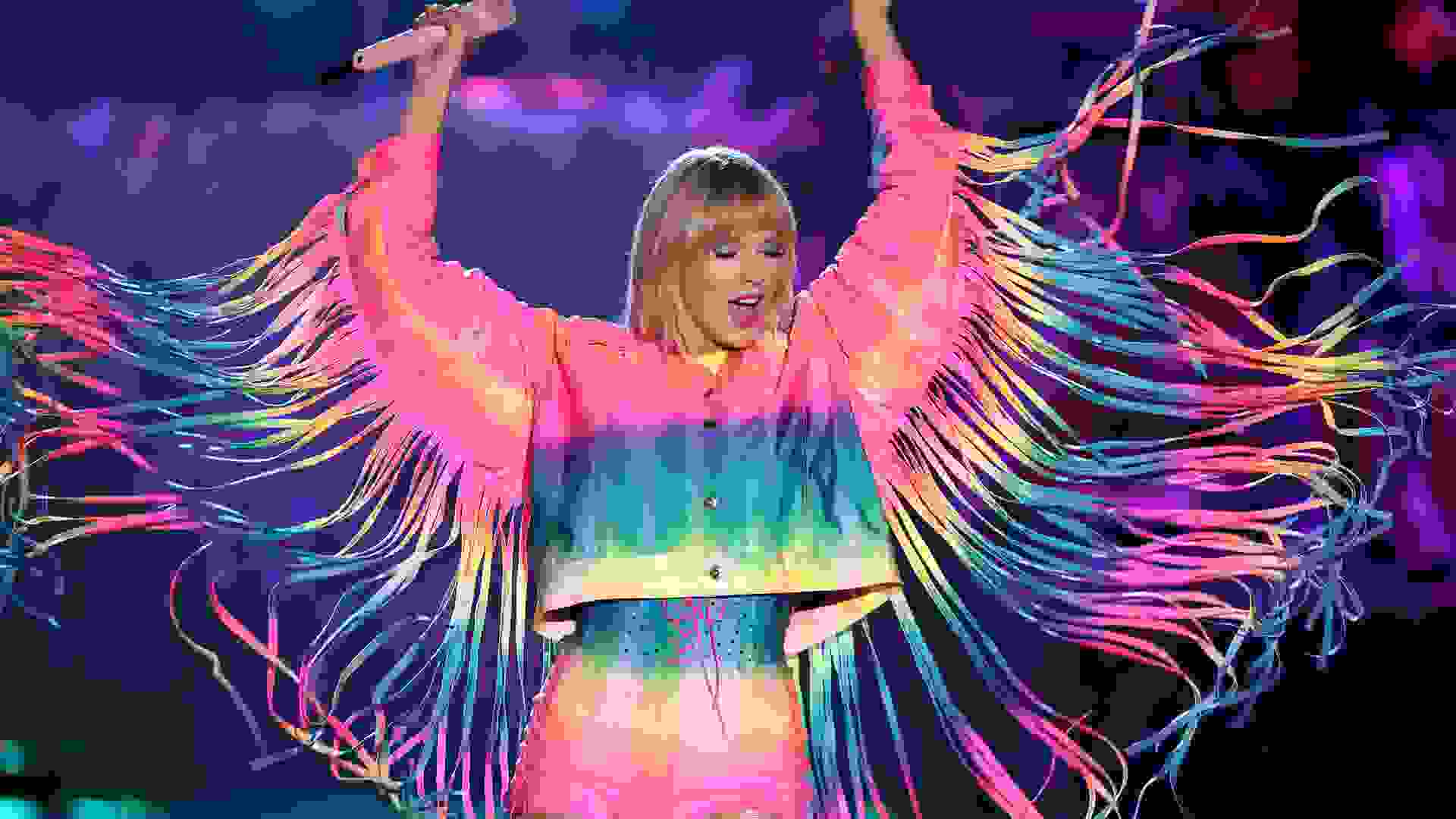 Taylor Swift spent her early years on a Christmas tree farm in Pennsylvania. By the time she became a teenager, she was writing songs and learning to play the guitar. Recognizing her talent, her family moved to Tennessee to cultivate her country music career. At 16, she released her first single, “Tim McGraw,” and it hit the Top 10 of the country charts. In 2008, her album, “Fearless,” became a hit on both the country and popular charts. Just 31, she has won 11 Grammy Awards and earned 41 nominations. 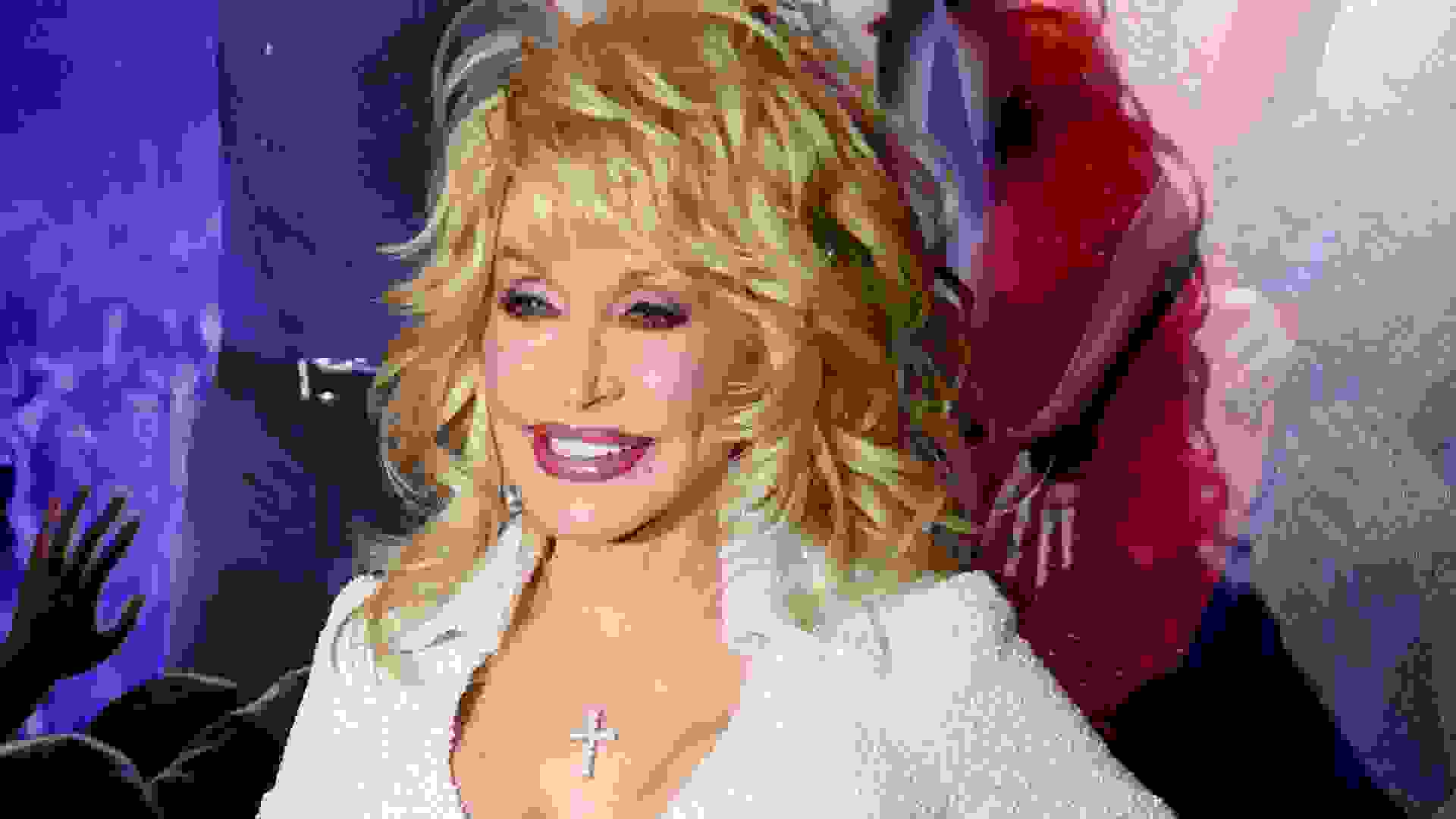 It’s no surprise that Dolly Parton, the first lady of country music, tops this list with a net worth of $650 million. With nearly 55 years in the business, Parton’s hits include “Joshua,” “Jolene,” “I Will Always Love You,” “9 to 5” and “Here You Come Again.”

Shrewd in business, Parton maintained the publishing rights to her songs, earning millions of dollars in royalties as a result. A 50-time Grammy nominee — she’s won 10 – Parton received the Recording Academy’s Lifetime Achievement Award in 2011.

Others from Tennessee with a high net worth include Kenny Chesney ($180 million). 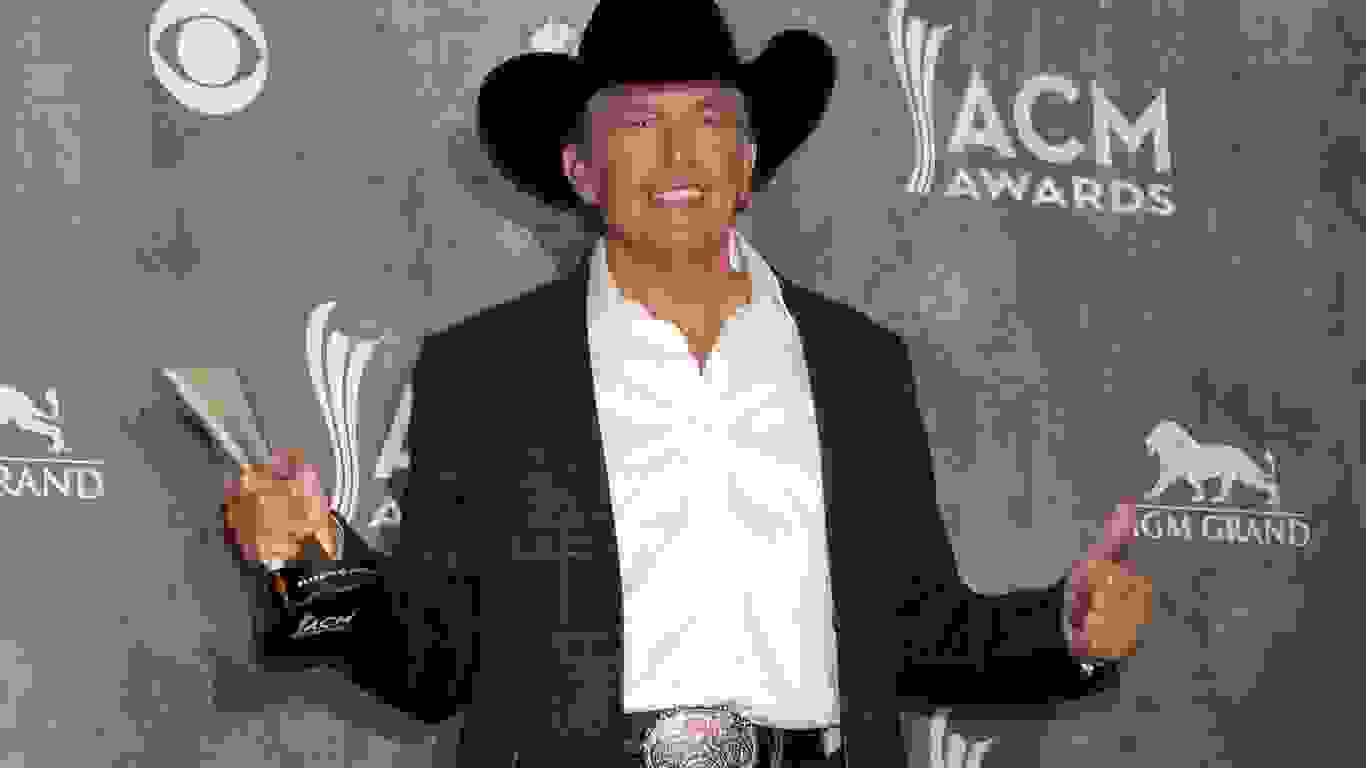 Compared to some of his fellow country singers, George Strait’s career began relatively late in life. The Texas native began signing in a band called Rambling Country while stationed in Hawaii with the U.S. Army. Once he returned to Texas, he formed his band, called Ace in the Hole, which proved popular locally. He signed his first recording contract with MCA in 1981.

Strait won his first of nearly two dozen Country Music Association awards in 1985 for “Does Fort Worth Ever Cross Your Mind,” which earned Album of the Year honors.

Texans Miranda Lambert and Tanya Tucker each have net worths of $60 million. 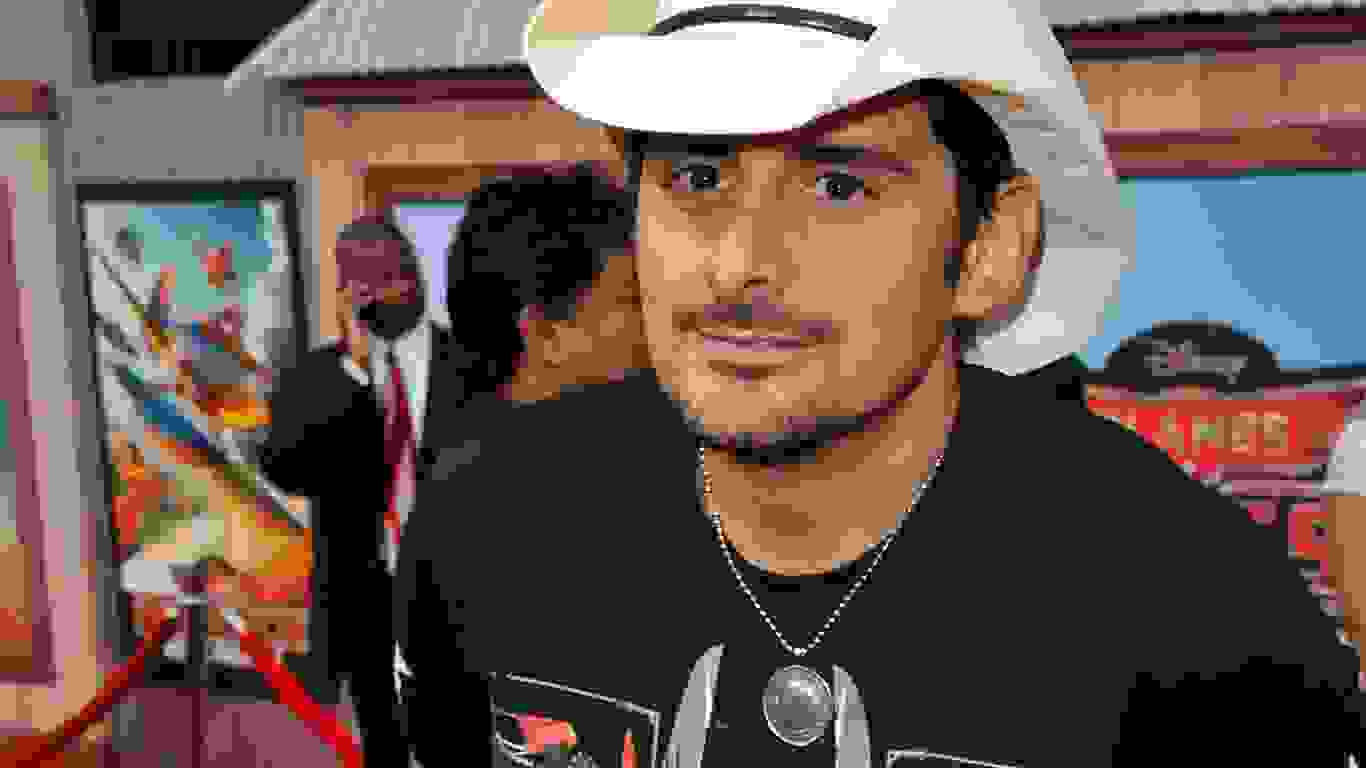 Three-time Grammy Award winner Brad Paisley, born in Glen Dale, West Virginia, received his first guitar from his grandfather at age 8. Four years later, he was writing songs for his own band. He later became a regular on radio show Jamboree USA, opening for stars such as Roy Clark and The Judds.

After graduating from college in Nashville, Paisley got a job with EMI Records writing songs, and in 1999, he signed with Arista and released his first album, “Who Needs Pictures,” which launched his career to stardom.

Net worth and home state information for each star is from Celebrity Net Worth. All information was collected on and up to date as of April 8, 2022. 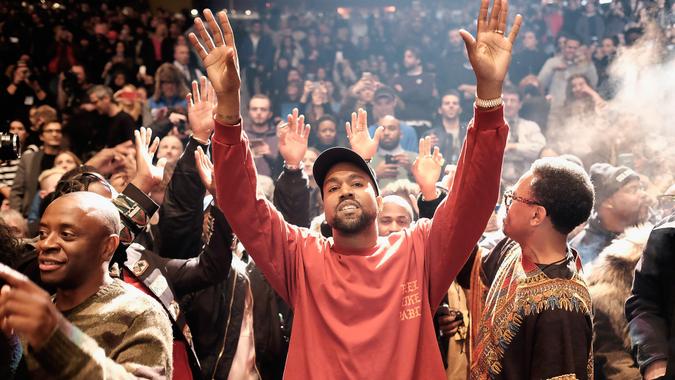 The Richest Celebrity From Every State