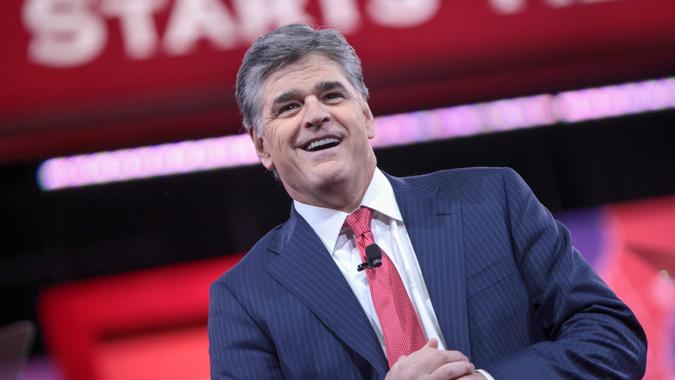 Fox News Channel pundit Sean Hannity is among the most-watched news commentators in the country — with about 2.7 million viewers tuning in nightly — as well as a source of a great deal of controversy for his views and his personal connections to the former president of the United States. Along the way, Hannity has made himself a significant fortune for his work through Fox, his radio show and his bestselling books.

How large a fortune? Here’s a closer look at the outspoken TV personality’s net worth.

Sean Hannity, who turned 60 on Dec. 20, 2021, has a net worth of $250 million, according to Celebrity Net Worth, and that number could continue to grow due to his whopping annual income, which Forbes estimated at $43 million in 2020. Sean Hannity’s salary is enough to make him the eighth-highest paid television host in the country.

In addition to his television work, Hannity is also a radio host — he started the syndicated “The Sean Hannity Show” in 1998 — as well as a best-selling author of books such as “Let Freedom Ring: Winning the War of Liberty over Liberalism,” “Deliver Us from Evil: Defeating Terrorism, Despotism, and Liberalism,” and “Conservative Victory: Defeating Obama’s Radical Agenda.”

Hannity was also revealed to be a major real estate investor in 2018, having been behind shell companies that spent some $90 million on 870 different houses over the past decade.

Sean Hannity was born in New York City in 1961. After attending New York University and Adelphi University, he got his start in broadcasting in 1989 when he began hosting his own show on a Santa Barbara college radio station. He landed in hot water within his first year on the air after making controversial comments about homosexuals. Hannity managed to leverage that incident, though, into jobs with conservative talk radio stations in Alabama and then Georgia.

In 1996, he would make his leap to television, signing on as a co-host of “Hannity & Colmes” on Fox News. Two years later, he would start doing “The Sean Hannity Show” on New York radio station WABC, which would eventually be syndicated on over 500 stations.

Hannity’s popularity would continue to rise — even after Colmes left in 2009, leading to the show’s rebranding to simply “Hannity” — and he’s now among the most influential new commentators in the U.S.