How Rich Is Sterling K. Brown Ahead of the ‘This is Us’ Final Season Premiere? 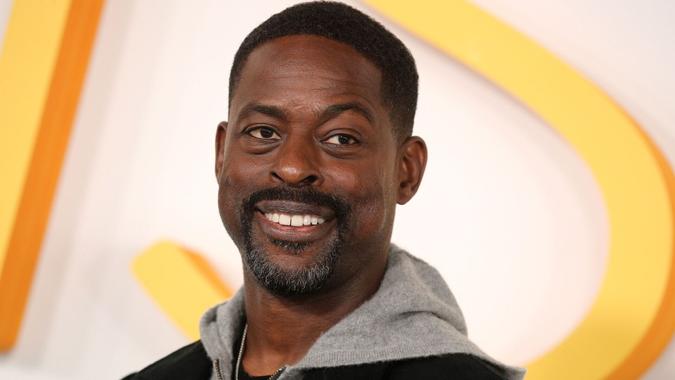 Sterling K. Brown is once again portraying Randall Pearson on NBC’s hit drama “This Is Us.” The acclaimed show premiered its final season on Tuesday, Jan. 4.

Ahead of the sixth and last season, Brown, along with the other primary cast members, negotiated a $2 million cash bonus. The negotiations also garnered a $1 million bonus for the other core cast members.

“This Is Us” has been a financial boon for Brown. In 2017, Variety reported he was earning $75,000 per episode. The next year, he was among the cast members to receive a pay increase to $250,000 per episode, according to The Hollywood Reporter. He continues to make that amount per episode to date. The pay bumps undoubtedly helped lead to his $10 million net worth, as listed by Celebrity Net Worth.

From Business to Acting

Born in 1976 in St. Louis, Brown got the acting bug when he was a freshman in high school, cast in a campus production of “Godspell.” He entered Stanford as an economics major, and in a commencement address he gave at the university in 2018, he said it was okay to change direction.

“When I first got to Stanford, I thought I had it all figured out. Major in Econ, go into business, or finance, make BANK … and take care of my family. It made sense. It was the prudent thing to do. And while I had always loved acting, it just wasn’t practical.

“In my mind, a career in acting was reserved for the children of the wealthy who didn’t have to worry about making a significant contribution to the livelihood of their communities … Of their families.”

“But the call of the stage never waned. The desire to illuminate the human condition was always the thing that gave my life the greatest sense of purpose. … I had to let go of who I was, in order to become who I am. And, if you wish for your light to shine continuously, it is a process you’ll have to go through over and over again.”

He graduated from Stanford in 1998 with a degree in drama, then went on to earn an MFA from the Tisch School of the Arts at New York University in 2001.

Brown had guest roles in a variety of television dramas — “The West Wing,” “The Good Wife,” “Medium” and “NCIS” among them — before nabbing the role of Dr. Roland Burton on Lifetime’s “Army Wives.” He appeared in 108 episodes from 2007-13. Since then, he has been seen in the Marvel Cinematic Universe blockbuster hit “Black Panther,” playing the pivotal role of Prince N’Jobu, who was killed by his brother King T’Chaka. He also voiced characters in “Frozen II” and “The Angry Birds Movie 2” on the big screen. Brown can be found in the streaming universe on Amazon’s “The Marvelous Mrs. Maisel” season 3.

Brown won the Emmy for Outstanding Support Actor in a Limited Series or Movie in 2016 for his portrayal of prosecutor Christopher Darden in “The People v. O.J. Simpson: American Crime Story.” He also won a Critics Choice Award and was nominated for a Golden Globe, SAG Award and NAACP Image Award for the role.

He followed the wins up in 2017 Emmy for “This Is Us.” In all, he has nine Emmy nominations.

In 2018, he became the first African American male to win a SAG Award for Outstanding Male Actor in a Drama for his work on “This Is Us.”

Also that year, he won a Golden Globe for “This Is Us.”

Dawn Allcot contributed to the reporting for this article.