Comedian Tiffany Haddish will be hosting the MTV Music & Movie Awards on June 18, 2018, marking another major milestone for the rising star. Although she has been acting since 2005, it wasn’t until her breakout role in 2017’s “Girls Trip” that Haddish really rose to prominence.

And with fame comes fortune. Haddish has transformed from a relative unknown to a Hollywood darling and has accumulated a multimillion-dollar net worth in the process.

Click to read more about how wealthy the actress is as her career takes off.

Haddish will also star in the upcoming Netflix animated series “Tuca & Bertie.” Although her salary for the show hasn’t been revealed, Haddish tweeted that her pay is “not legend money, but it’s enough to take care of my family for min.”

Adding to Haddish’s net worth are her successful movie career, her memoir “The Last Black Unicorn” — which is a New York Times best-seller — and her endorsement deals, including her spokesperson gig with Groupon.

Tiffany Haddish’s first major movie role was 2008’s “Meet the Spartans.” She also starred in 2009’s “Keanu” and reached new levels of fame after starring in 2017’s “Girls Trip,” which earned $31 million its opening weekend and $115 million in lifetime gross, according to Box Office Mojo.

Haddish has a number of upcoming movies, including “Uncle Drew,” “The Kitchen,” “Night School” and “The Lego Movie 2: The Second Part.”

Haddish released “The Last Black Unicorn” in December 2017, and it has gone on to become a New York Times best-seller. The book is a collection of personal essays that discuss growing up poor in Los Angeles and how making people laugh helped her survive.

In January 2018, Groupon announced that Haddish was its new spokesperson. As part of her contract, she appeared in a number of 30-second ads, including one that aired during the Super Bowl. Haddish got the gig after talking about her love of Groupon during talk show appearances on “Jimmy Kimmel Live!” and “The Tonight Show.” 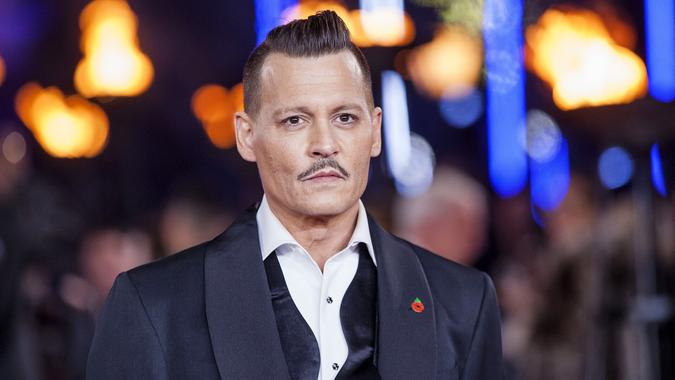 Johnny Depp Net Worth Down After Admitting to Compulsive Spending

The "Pirates of the Caribbean" star admits to money problems.

> Net Worth > Celebrities > Tiffany Haddish Net Worth: Her Rise to Fame and Fortune