How Rich is Wanda Sykes? 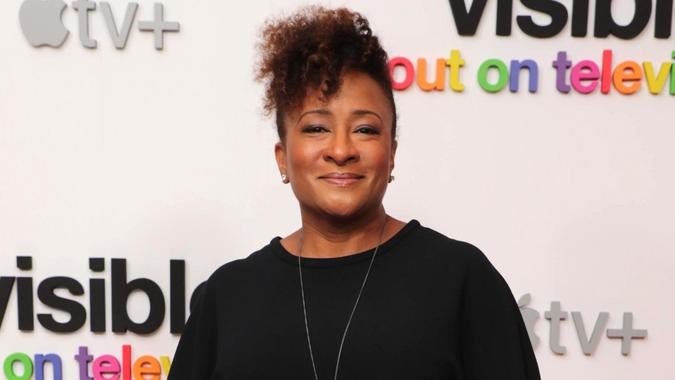 Wanda Sykes, 58, is an American comedian, actor, talk show host and writer who has been in the business of making us laugh for decades — and continues to do so on the Netflix series “The Upshaws.” She will be joining Regina Hall and Amy Schumer in hosting the 2022 Academy Awards (or, the Oscars). The 94th Academy Awards will air on Sunday, March 27. She’s not inexperienced in terms of hosting grand events: In 2009, she was the host of the White House Correspondents’ Dinner. The question remains, however — after all of those years in the spotlight and on the stage, what is her net worth?

See: How Rich Are the Highest-Paid CEOs in America?
Explore: Just How Rich Are Elon Musk, Donald Trump and These Other Big Names?

Sykes is a busy woman whose body of work has brought her a net worth of $10 million, according to Celebrity Net Worth.

Sykes has been on many TV shows including “Wanda at Large,” “Mad TV,” “The New Adventures of Old Christine,” “Curb Your Enthusiasm,” “Black-Ish,” “The Marvelous Mrs. Maisel” and “The Good Fight,” and has appeared in films such as “Monster-in-Law” and “Bad Moms.” She is also an experienced voice actor, and at one point hosted her own talk show — “The Wanda Sykes Show.”

While never straying from stand-up, Sykes worked as a writer for “The Chris Rock Show,” “The Keenen Ivory Wayans Show” and the “Roseanne” revival. She has also published a book titled “Yeah, I Said It.”

Sykes has received many awards and accolades. She won an Emmy for her work on “The Chris Rock Show” in 1999, and has been nominated for 14 Emmy Awards.  She took home the Funniest Female Stand-Up Comic award at the American Comedy Awards, and won a Gracie Allen Award for Outstanding Special or Variety Show (for “Herlarious”) in 2014.

Wanda Yvette Sykes was born to Marion and Harry Sykes in Portsmouth, Virginia, on March 7, 1964.  Her dad was a U.S. Army colonel who worked for the Pentagon. After high school, she attended Hampton University in Virginia.  She graduated with a B.S. in Marketing.

After college, her first job was at the National Security Agency, where she stayed for five years as a contracting specialist. It was at this time that Sykes started performing stand-up.

In 1992, she moved to New York City where she appeared on “An Evening at the Improv.” She met Chris Rock and became his opening act at Caroline’s Comedy Club. Impressed with her, Rock hired her to write for and appear on “The Chris Rock Show.” She then started writing for “The Keenen Ivory Wayans Show.”

She made her first film appearance in “Tomorrow Night” in 1998. That role was followed by parts in “Nutty Professor II: The Klumps,” “Down to Earth” and “Pootie Tang.”

Television roles followed.  She appeared on “The Drew Carey Show.” In 2001, she landed a role on “Curb Your Enthusiasm” — she portrayed herself and appeared in nine episodes.

Sykes was married to Dave Hall, a record producer, from 1991 through 1998. In 2008, she come out as a lesbian. That same year, she married Alex Niedbalski on October 25. The next year, the couple had twins.

Sykes is a well-regarded LGBT activist, and has often supported animal welfare charities as well as other charitable events.

Learn: How Much is Volodymyr Zelensky Worth?
Explore: How Rich Are Mike Krzyzewski and Other Top-Paid College Basketball Coaches?

Sykes and Niedbalski split their time between homes in Media, Pennsylvania, and Los Angeles, California.