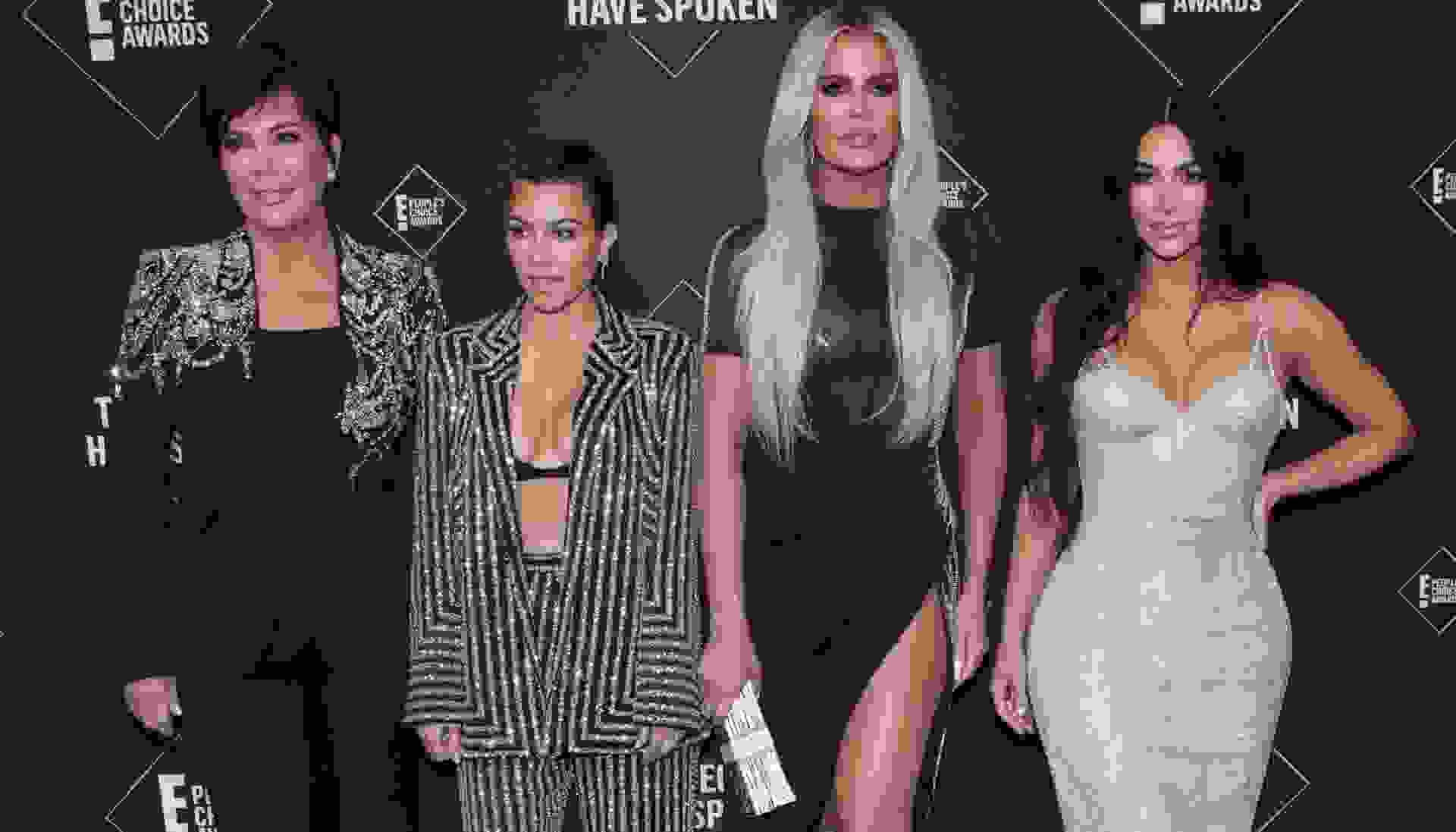 Fans have been following the lives of the Kardashians since their “Keeping Up With the Kardashians” premiered in 2007. The show ended in 2021 after 20 seasons, but the first family of reality television is back.

“The Kardashians” debuts April 14 on streaming service Hulu. Variety reported the new Los Angeles area show has been shot more like a documentary and is bringing the family’s personal stories to television faster than the cable version on E! did. 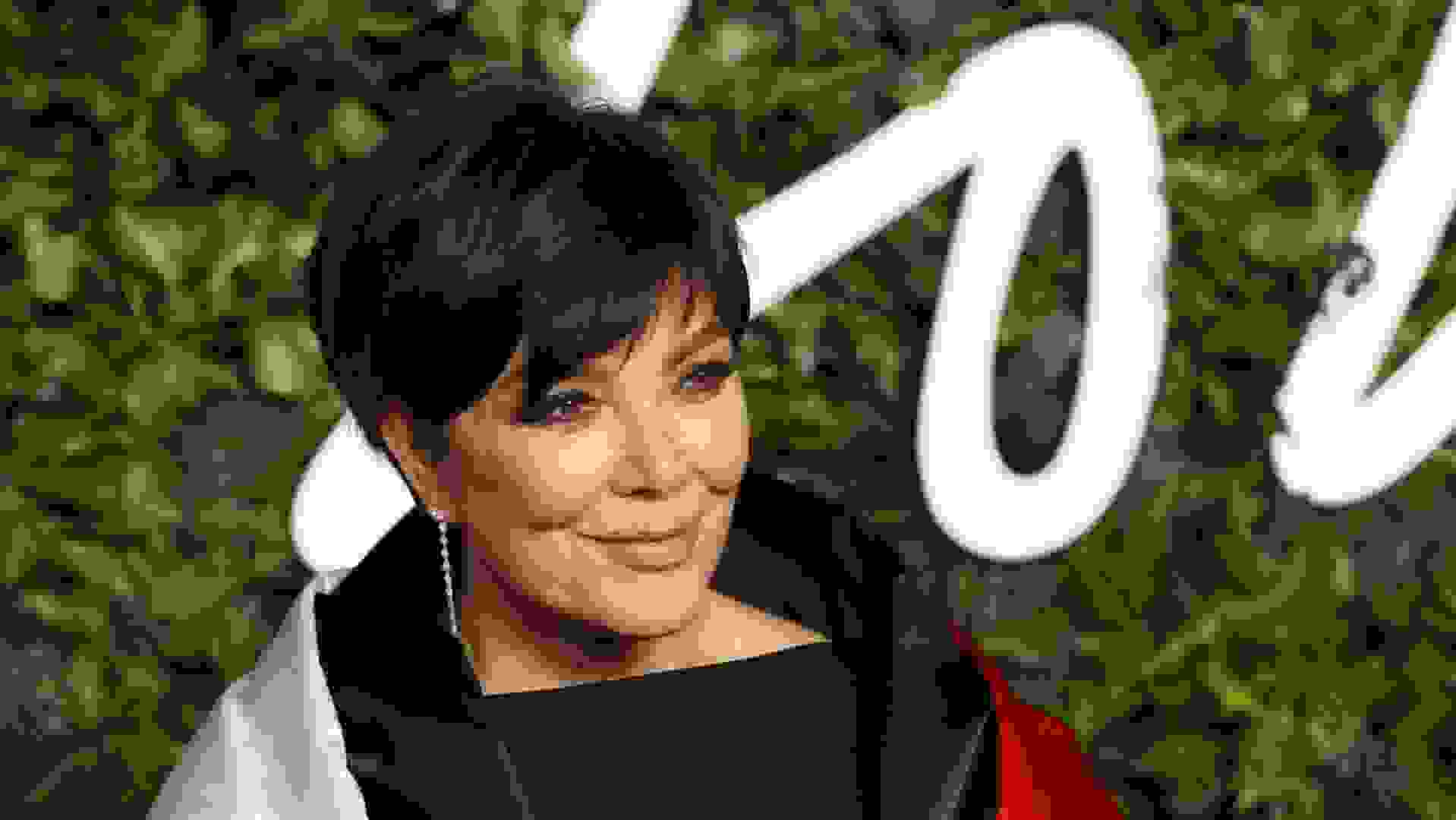 How Rich Are Kris Jenner and Her Children?

The women of the Kardashian-Jenner clan will be the focus of “The Kardashians.” In September 2020, the family decided not to renew its contract for their original show, ending it after 20 seasons. Instead, they are teaming with Hulu for the new show, and Variety reported the family received a nine-figure deal for two seasons and 40 episodes. They will equally share in the income.

Read on to find out just how much the individual family members are worth. 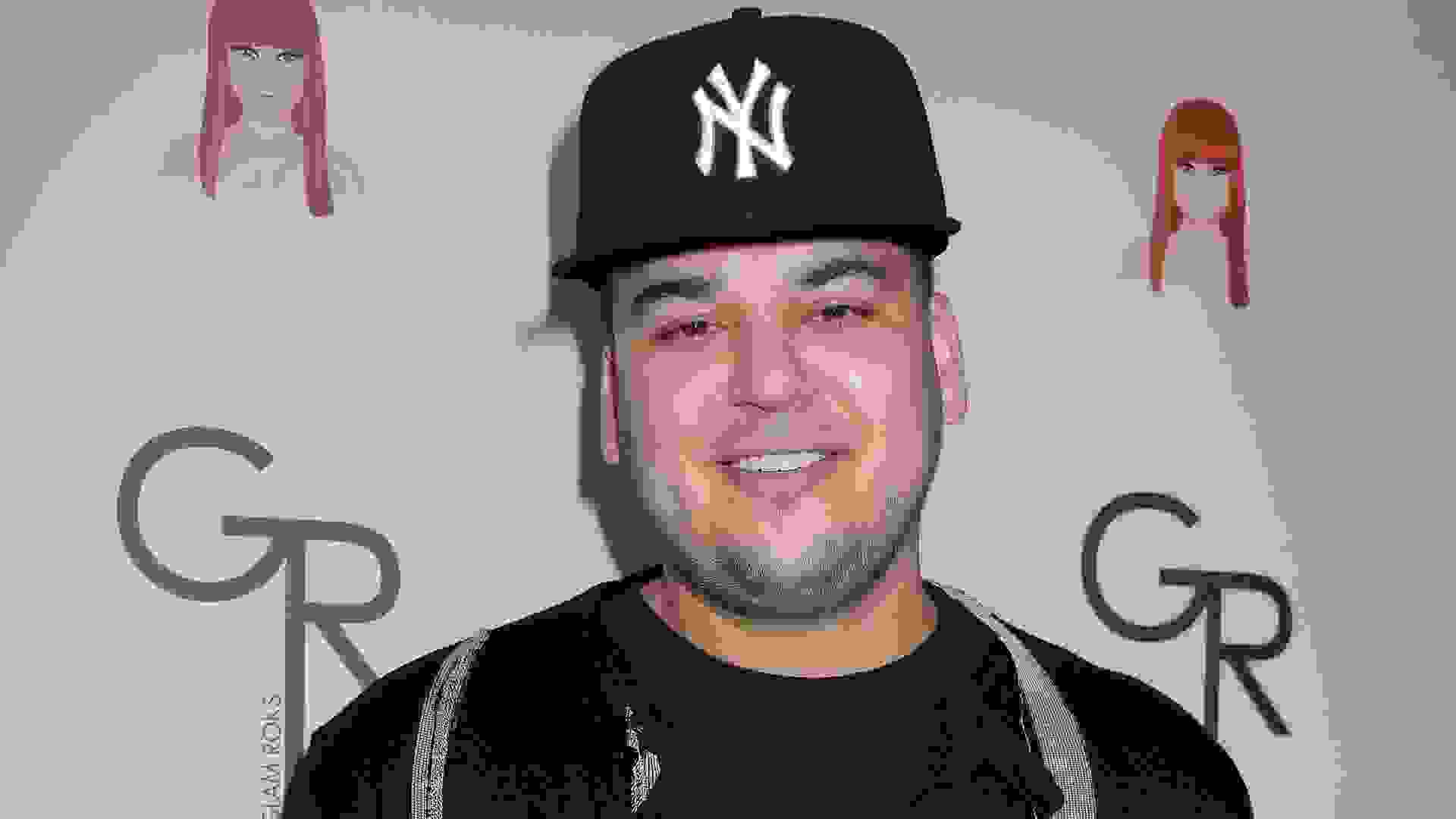 Kris Jenner’s only son, Rob Kardashian, named after his famous attorney father, returned to his family’s hit show in 2016 after spending the better part of two years largely out of the public eye. That same year, the Arthur George sock designer and then-fiancee Blac Chyna landed their own E! spinoff, “Rob & Chyna,” but the show was canceled after two seasons.

The couple welcomed daughter Dream Kardashian in November 2016, but the couple has since split. Described as a hands-on father, 35-year-old Rob is expected to make only cameo appearances in the new show as he continues to focus on his mental and physical health, ET Online reported. 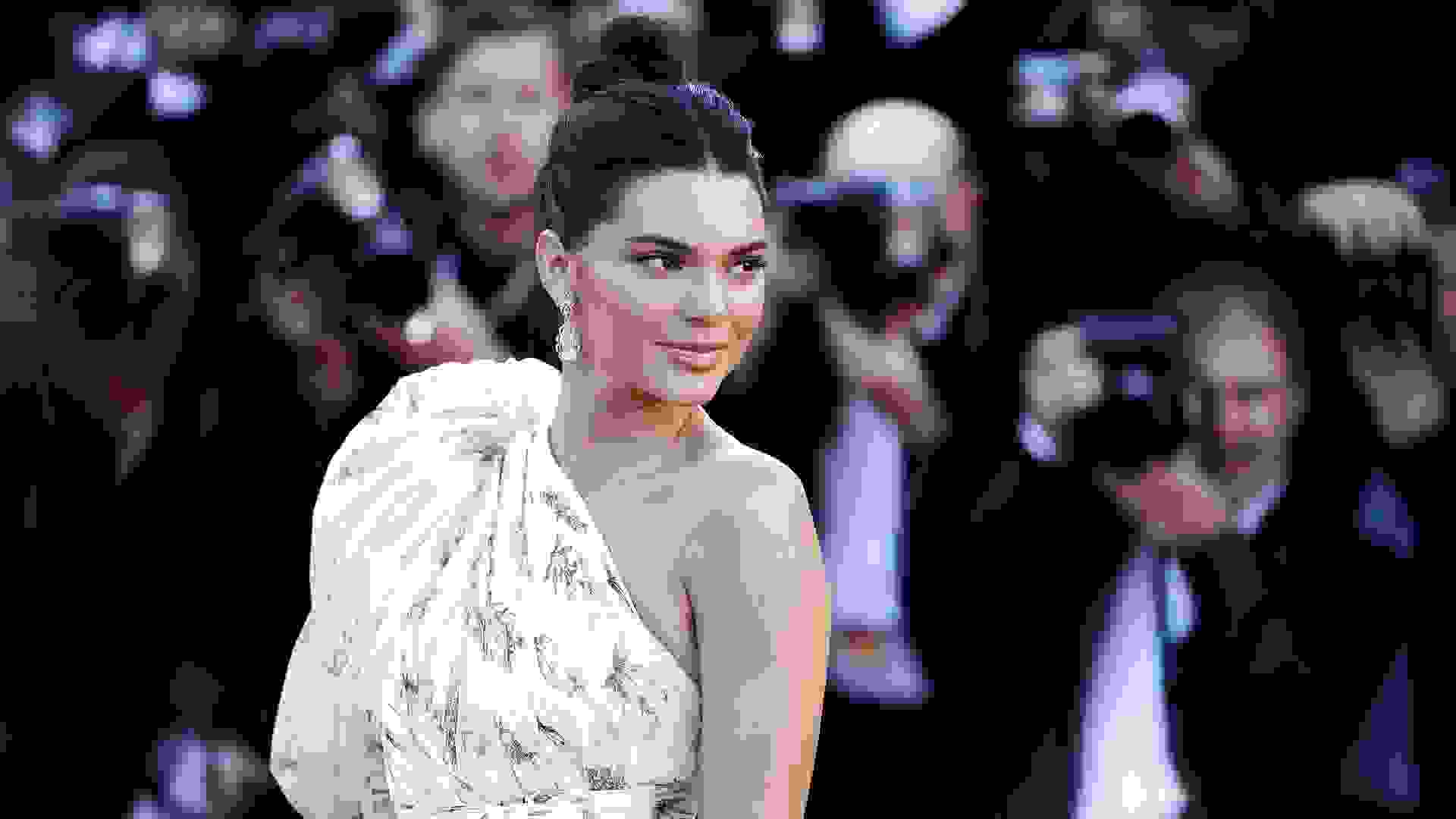 In 2017, Kendall Jenner dethroned Gisele Bundchen as No.1 on Forbes’ highest-paid-models list, with $22 million in earnings.

Aside from her modeling income, Kendall has had well-paid endorsement deals with companies such as Adidas, Estée Lauder, Calvin Klein and Fendi, Insider reported. The 26-year-old Kendall also has a clothing line with sister Kylie, and the Kendall + Kylie clothing line can be found in stores such as Kohl’s and Macy’s and through Amazon.

She also launched a tequila line, 818. In February, Tequila 512 in Texas filed a lawsuit that accused Jenner’s company of unfair competition, designation of origin and trademark infringement, according to Insider. 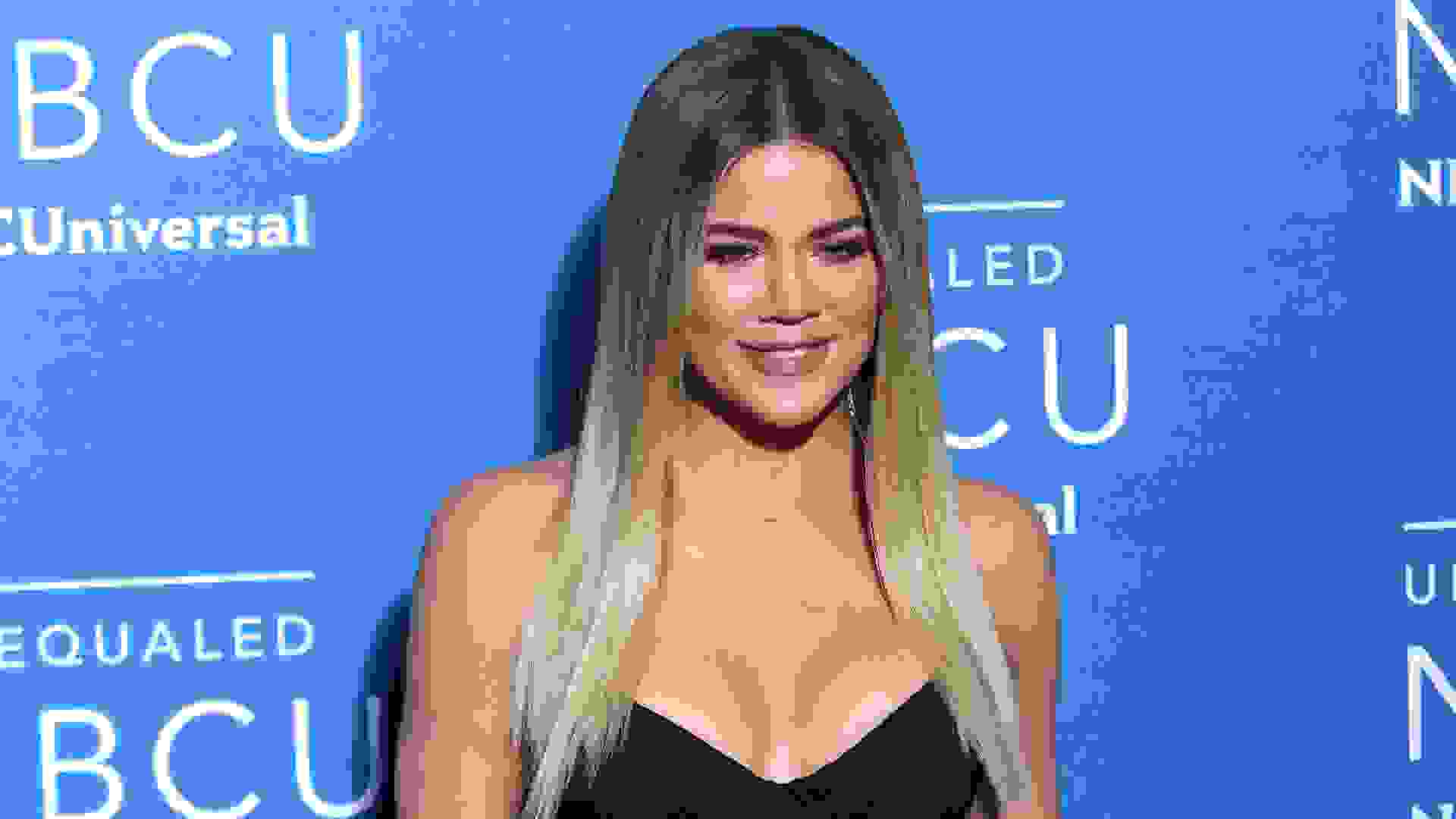 Like most of her family, Khloe Kardashian wisely used the success of “Keeping Up With the Kardashians” to launch many other projects aimed at Kardashian fans. Khloe, 37, has had her hand in a variety of efforts, hosting the “Revenge Body” makeover television show, writing the book “Strong Looks Better Naked” and co-founding the Good American clothing line.

More recently, Khloe served as the executive producer of “Twisted Sisters” and “Twisted Love” for the Investigation Discovery channel. Khloe gave birth to her first child, True Thompson, with former boyfriend Tristan Thompson in April 2018. True was born in Cleveland, where her NBA star father played for the Cavaliers. He currently plays for the Chicago Bulls. 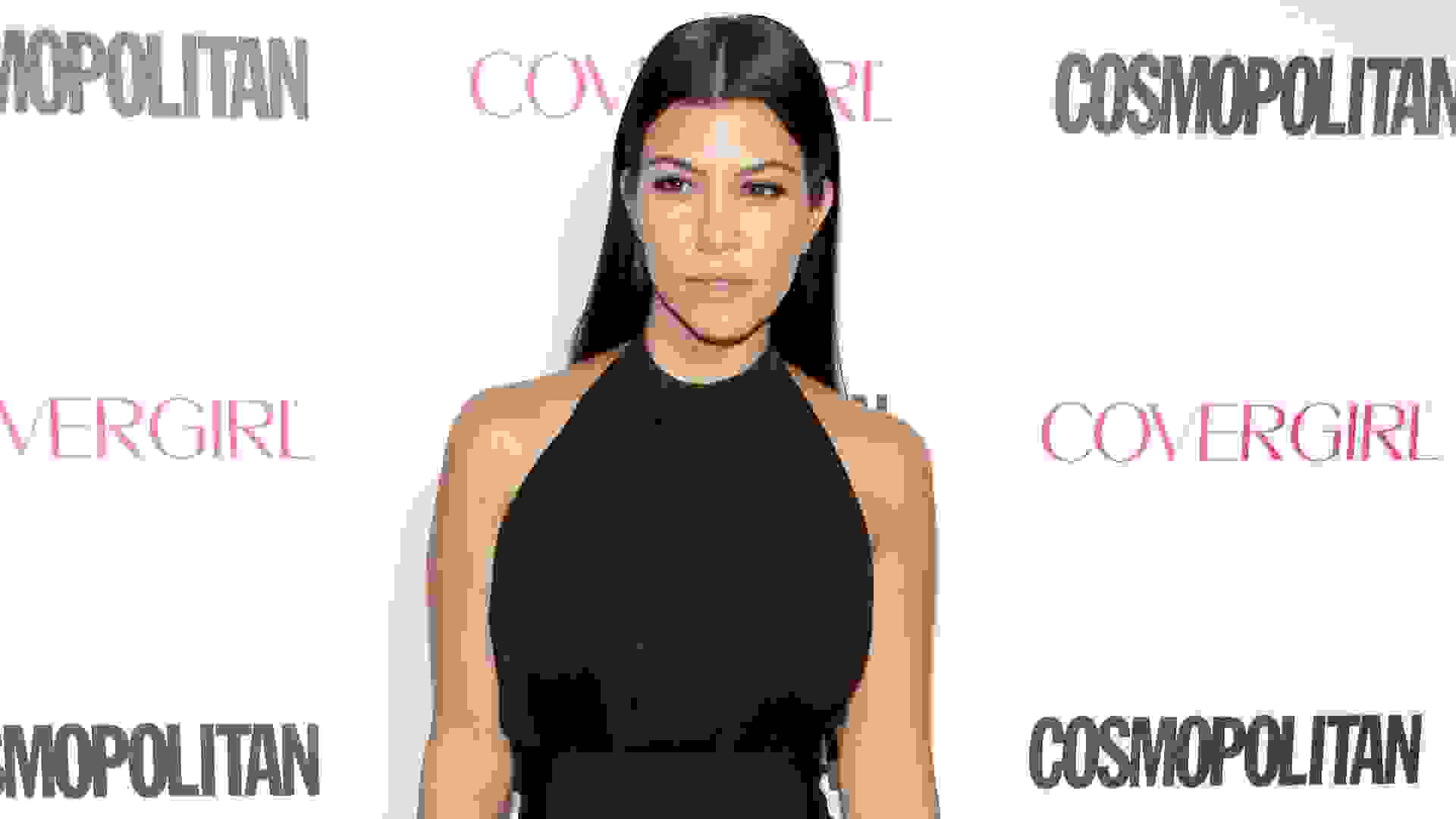 Kris Jenner became a mom for the first time when she gave birth to Kourtney Kardashian on April 18, 1979. Despite starring with the family in “Keeping Up With the Kardashians” and its multiple spinoffs, and appearing on the new Hulu show, she is the most private of Kris’ five daughters. In a March interview with Variety, Kourtney said she envisions “The Kardashians” as her last journey on reality television.

“I see myself living in another city,” she said. “I don’t think I see myself filming on a show in five years. I would probably envision myself, like, just living.”

In addition to income from reality TV, Kourtney also has made money through endorsement deals as well as Poosh, her lifestyle website. A mother of three, Kourtney has two sons and a daughter with former partner Scott Disick: Mason, born in December 2009; Penelope, born in July 2012; and Reign, born in December 2014. She is engaged to Blink-182 drummer Travis Barker. 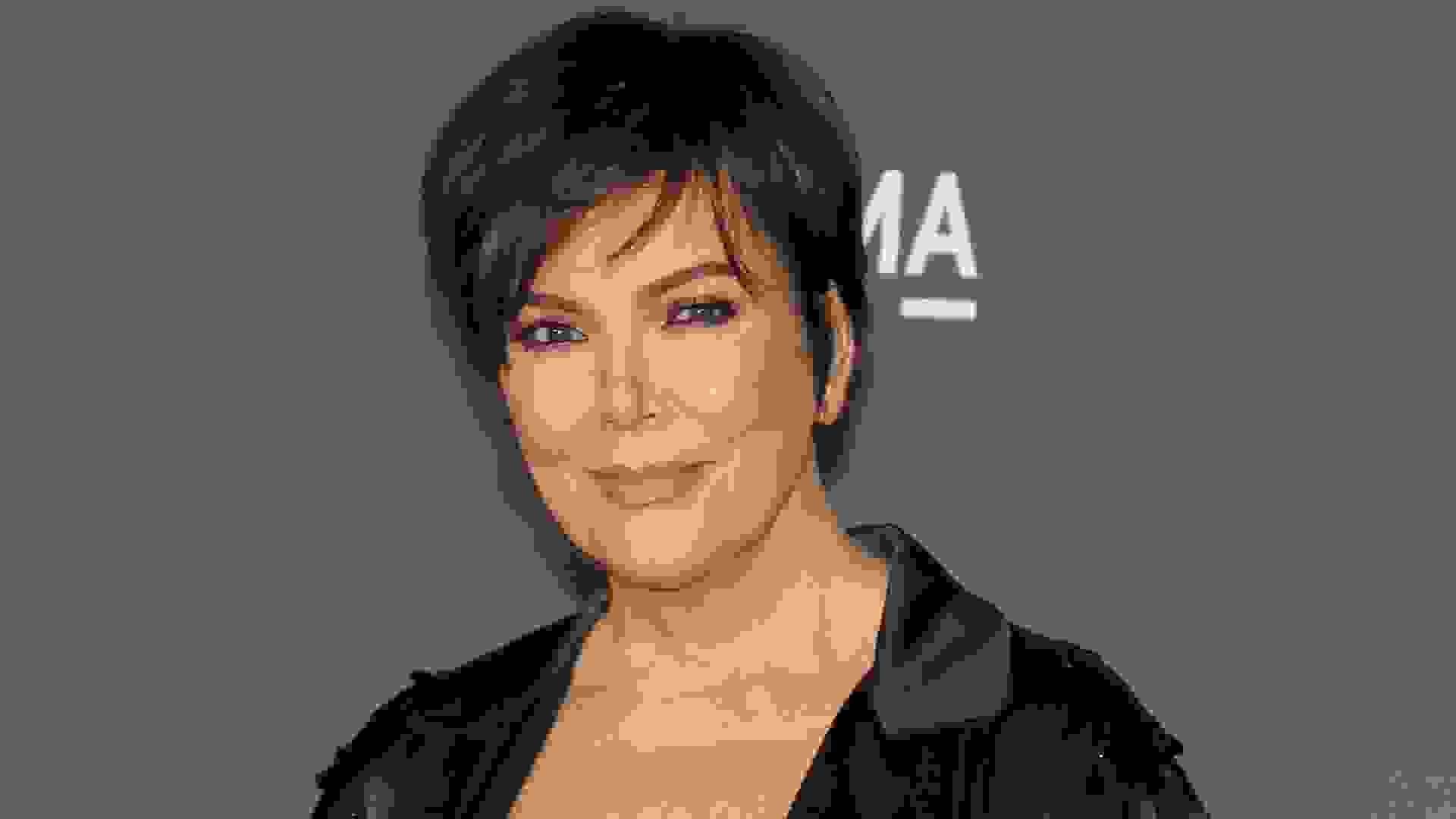 The ultimate momager, Kris Jenner, 66, is the genius behind “Keeping Up With the Kardashians.” She both starred in and served as executive producer of the show.

In all, she negotiated contracts for 20 seasons of the show on E!, helping her family to earn millions. Showbiz CheatSheet said she also oversees the business opportunities for all six of her kids and earns a 10% cut of their deals that range from retail businesses to endorsements.

In her spare time? She dotes on her 11 grandchildren. 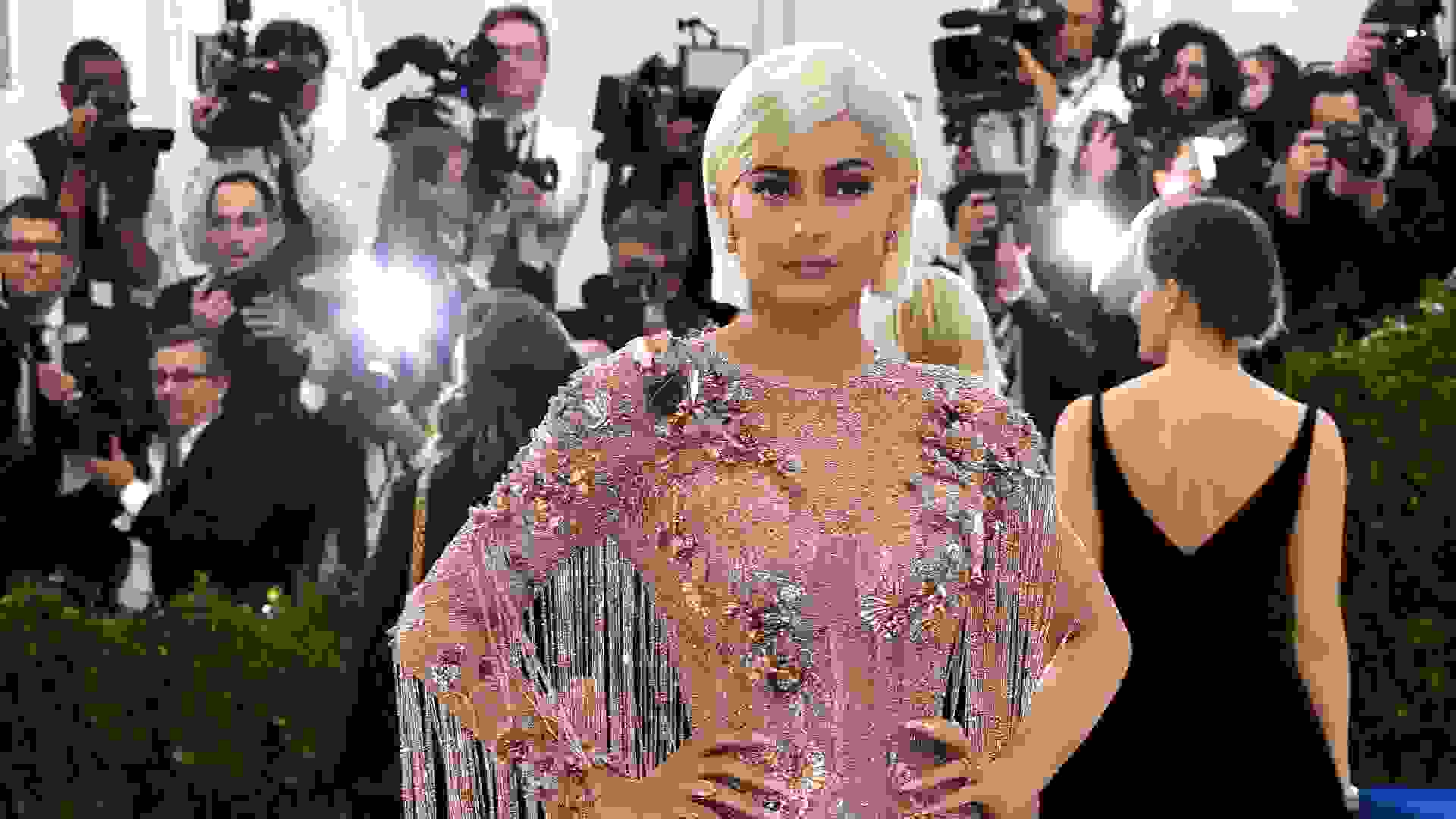 In a March 2019 article, Forbes declared then-21-year-old Kylie Jenner as the youngest self-made billionaire ever, thanks to her cosmetics business. More than a year later, after a deep dive into financial reports that the publication said were misleading, Forbes adjusted her net worth downward to just less than $900 billion. Her wealth has fallen since, likely because of a downturn in the cosmetics industry during the pandemic. Celebrity Net Worth pegs her net worth at $700 million, while a Forbes 2021 estimate was $620 million.

Their second, child, a son, was born Feb. 2. Originally named Wolf Webster, Kylie announced on social media that they decided the name didn’t suit him but didn’t immediately announce a new one. 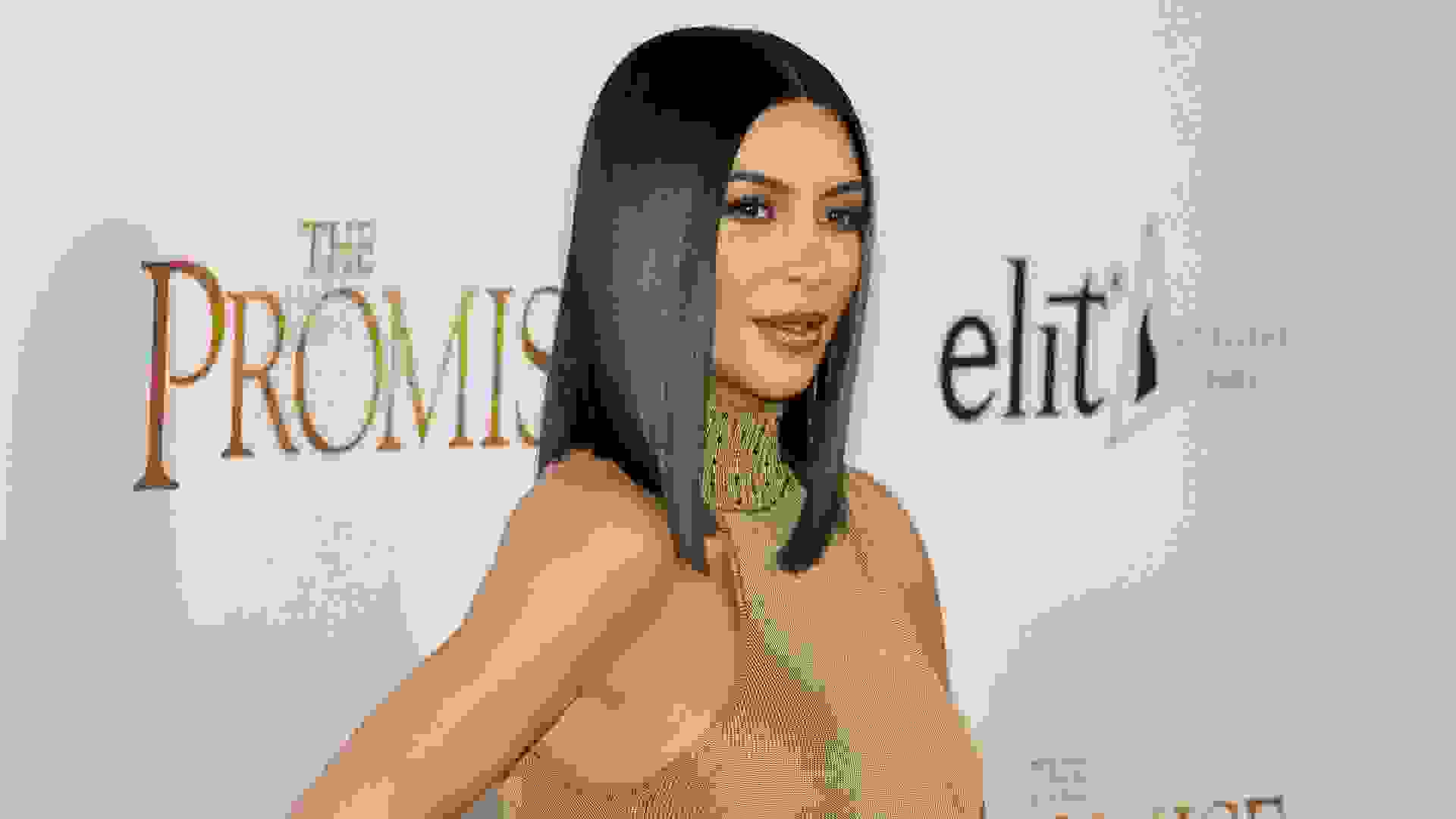 Unlike her sister, Kim Kardashian has achieved billionaire status — a whopping $1.4 billion. While she owned smaller businesses at the start of her career, Kim more recently has made millions from her Skims line of shapewear and her KKW Beauty and KKW Fragrance lines.

She is rebranding the KKW companies – no name has yet to be announced – but she has denied doing so to drop the “W” from the moniker. KKW stands for Kim Kardashian West, and in March, a judge declared her single in her divorce from rapper Kanye West. Instead, she said it’s to improve the customer experience while shopping for her products.

Taylor Bell, Jennifer Taylor and Laira Martin contributed to the reporting for this article. 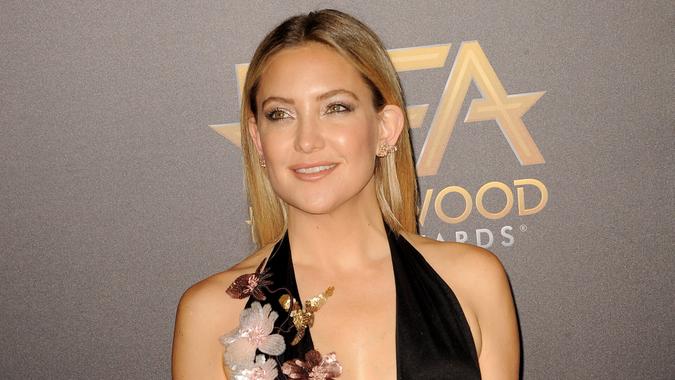 Find out more about her career.

> Net Worth > Celebrities > Kardashian Net Worth: Who's the Richest Kardashian or Jenner?