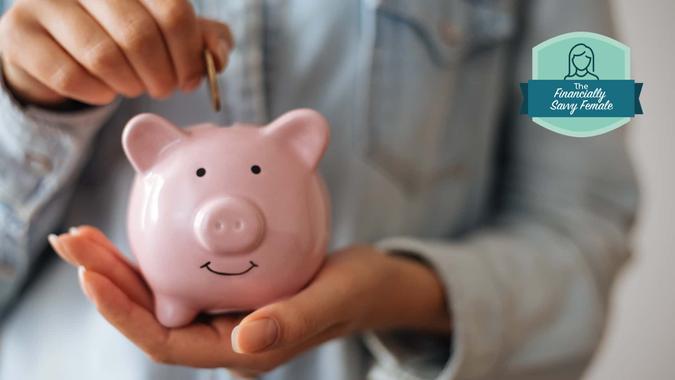 Women hold almost two-thirds of the country’s $1.54 billion student debt — the second-highest source of household debt after housing — and take about two years longer than men to repay it, according to a study from the American Association of University Women. At the same time, a new GOBankingRates survey found that a staggering 98% of women say that they know how to get out of debt.

Read: 10 Simple Habits That Will Help You Pay Down Debt
Good To Know: 9 Bills You Should Never Put on Autopay

While the discrepancy between the two facts was exacerbated by the pandemic and by the gender pay gap, other factors come into play, according to the GOBankingRates survey.

The survey finds that the top reason women cite as an obstacle to repaying debts is the high cost of living, with 24%. This was followed closely by a lack of sufficient/consistent income at 23.6%, and the cost of child care at 21.3%.

Erica Seppala, financial analyst at MerchantMaverick.com, told GOBankingRates that helping women boost their financial literacy can aid them in their journeys to pay off debt, save money for a house or meet other financial goals.

“Unfortunately, though, there are some obstacles for women that are more difficult to overcome. A high cost of living, sufficient/consistent income and the lack of affordable child care were cited by survey respondents as being the biggest financial challenges for paying off debt,” Seppala said. “While some of these issues aren’t easily resolved, it’s crucial to be proactive in finding solutions. Ask the HR department about child care benefits, open a dependent care flexible spending account or inquire about the potential for remote work. Additionally, ask for a raise if you believe you deserve it, further your education or seek training, or even take on side jobs in order to bolster income.”

Another key finding of the survey is that for women who say they are actively investing, work-sponsored retirement plans — such as 401(k) plans — are the favorite vehicle, with 22% of women opting for them. Only 5.6% say they use a brokerage account, and a meager 4.5% say they use an investing app.

Seppala said that while the survey shows that 29% of women have set a goal to save for retirement, many aren’t venturing outside of employer-sponsored retirement plans and that, even worse, close to half of the survey respondents aren’t investing at all.

“The irony in this is that multiple studies have shown that women actually perform better than men when it comes to investing,” she said. “Men trade more frequently due to overconfidence. Women, on the other hand, are typically more calculated when investing and often earn tens of thousands of dollars more than their male counterparts.”

The survey further notes that the reasons women don’t actively invest are primarily the lack of money, with 33%, followed by a lack of knowledge about how to invest, with 11%.

According to Seppala, it is crucial for women to know that you don’t have to have a lot of money to begin investing, as apps and online programs make it possible to invest with the smallest amount of money. In addition, she points out that there are several free programs online designed to help users boost their financial literacy, and that some are even designed specifically for women.

How Women Can Get Out of Debt

Several experts agree that while it’s difficult for women to get out of debt, it can be done. Ted Rossman, senior industry analyst at Bankrate.com, told GOBankingRates that his top tip is to sign up for a 0% balance transfer credit card.

“These allow you to pause the interest clock for up to 21 months. With the average credit card charging more than 16% and the average credit card balance over $5,500, this represents huge potential savings,” he said. “Low-rate personal loans are another good option. If you have a strong credit score, you could get a rate in the mid-single digits for up to five years. And if you have a lower credit score or simply appreciate a bit more support, nonprofit credit counseling agencies such as Money Management International and GreenPath can be tremendous resources. They can often create debt management plans along the lines of a 7% interest rate for five years. Even if you think you know how to get out of debt, these strategies can help you achieve your goal.”