67% of Those in Debt Won’t Refinance or Consolidate — Is That Wise in Today’s Economy? 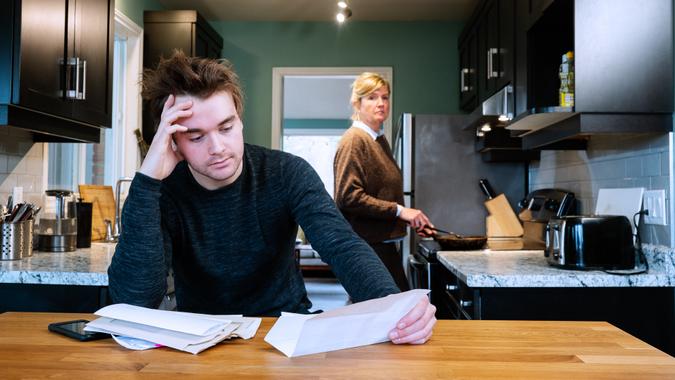 With interest rates poised to move higher this year as part of the Federal Reserve’s plan to slow inflation, it’s a good time for consumers to refinance or consolidate their debt to lock in current low rates. Yet the vast majority of those in debt aren’t considering these options, according to a new survey from D.A. Davidson.

The survey of 1,041 U.S. adults, conducted in January and released last week, found that two-thirds (67%) of people with debt are not planning to refinance or consolidate in the next year, meaning they could miss out on a chance to save money with lower rates.

Despite that statistic, nearly three-quarters of respondents (72%) said they “fully understand” the impact that rising rates and inflation can have on their personal finances. That percentage rises as people get older: 79% of baby boomers feel they fully understand the impact, followed by Gen X (70%), millennials (69%) and Gen Z (62%).

Andrew Crowell, vice chairman of Wealth Management at D.A. Davidson, said that while the survey results were “surprising” — especially the percentage of respondents with no plans to refinance or consolidate their debt — he also noted that the percentage is lower for those who work with a financial advisor.

The D.A. Davidson survey didn’t delve into the reasons why more Americans aren’t considering debt consolidation or refinance. Crowell found in “anecdotal conversations” with borrowers, however, that some might simply avoid doing so because it reminds them of their debt loads.

“As humans we are wired to avoid pain, so we tend to focus on the things that bring us happiness and joy rather than worry and concern,” he said. “Another possibility is that these borrowers just don’t know how to go about consolidating/refinancing. Lenders make it very easy to get credit, but consolidating and refinancing is less transparent. I encourage borrowers to research online or enlist the help of a financial advisor to learn about their options.”

Another potential problem is a lack of awareness about loan terms.

“Often consumers are not even aware whether the interest rates they are paying are fixed or adjustable,” Crowell said. “Fixed rates remain unchanged throughout the life of the loan while adjustable rates are subject to change. Individuals also might not know how quickly they would see an increase in their personal interest rates — and what that would mean for them on a monthly basis — after the Federal Reserve raises interest rates.”

This is another area where financial consultants can come in handy, he added, by educating clients on looming interest rate hikes and offering advice on various consolidation and refinancing options.