Like the majority of Americans today, Marcus Garrett once found himself drowning in debt by the time he finished college. But it wasn’t just student loans that left him $30,000 in the hole — his lifestyle and penchant for big spending also left him financially crippled.

At first, paying off this debt might have been daunting, but with determination and a solid plan, Garrett was able to eliminate his $30,000 debt by age 30. Not only that, but Garrett has become a mentor in the financial space and is the author of “Debt Free or Die Trying: How I Buried Myself in Over $30,000 in Debt and Dug My Way Out By Age 30.” Garrett outlined the key steps he took to conquer his massive debt in such a short amount of time.

Click to find out what he did to become debt-free so you can, too.

It’s important to come to terms with how much you owe, Garrett said. This means finding out the exact amount of debt you have and where it came from. Although this might make you uncomfortable, it is a sobering reality that helps spark change. This can be as simple as getting a free credit report, which you can get from all three major credit bureaus at AnnualCreditReport.com. With this type of report, you can reference your debt-to-credit ratio, the number of missed payments, the age of your credit and a breakdown of what’s hurting your credit.

Once Garrett was committed to getting out of debt, he began to record his debt using an Excel spreadsheet and debt payment calculators. But if this process is not for you, consider consolidating your debt through a personal loan. Through debt consolidation, you can combine several bills into one monthly payment with a fixed interest rate, which help you live a debt-free life sooner.

Although you might feel the urgency to get out of debt, Garrett recommends you have a reasonable financial goal. Instead of working as many jobs as you can to gain as much money as you can to pay toward your debt — like Garrett originally did — it’s about changing your lifestyle like cutting back on unnecessary spending. Find out how much money you can set aside each month for your debt payments and budget accordingly.

For Garrett, that meant he had to endure a serious case of FOMO — or fear of missing out.

“[Creating] the plan is the easy part,” Garrett said. “Sticking to the plan is the hardest part. I missed a few parties, weddings, major events … but I also gave myself the gift of becoming debt free, which is something a lot of people can’t say now and some won’t be able to say ever. It was a temporary sacrifice for a long-term game.”

Click to see how you can use a personal loan to pay down debt. 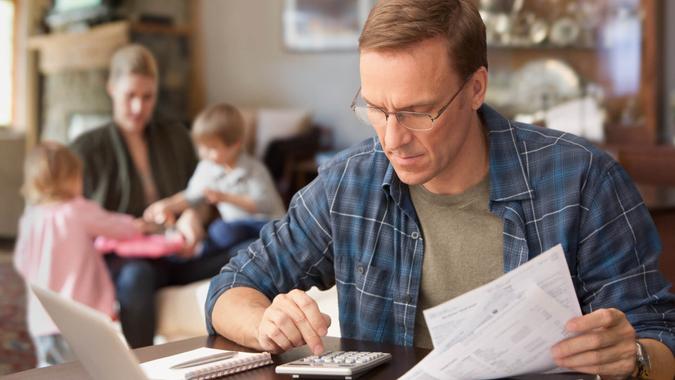 Americans Are Drowning in Debt — a New Survey Finds Out Why

How much is the average American in debt?

> Net Worth > Debt > One Man Paid Off His Entire Student Loan Debt Before He Hit 30, Here's How He Did It