Whether it’s climbing out of debt or sticking to your budget, making the right money moves can be hard. But thriving financially is more within your power than you might think, according to Chris Hogan, financial expert, podcast host and author of “Everyday Millionaires.” Hogan spoke with GOBankingRates about how to stop being your own financial obstacle.

“Growing up, a toxic thought I had about money was that, ‘You know, only lucky people will have money,'” Hogan said. But, he added, this turned out to a myth that simply kept him from making the necessary moves to improve his financial situation.

“By doing that, I was having a victim mentality instead of understanding that everyone has the opportunity to make money, it’s the smart people that learn how to keep it and invest it.”

Nobody accidentally ends up retiring with millions in the bank, just like no football team accidentally wins the Super Bowl. #EverydayMillionaires
— Chris Hogan (@ChrisHogan360) October 31, 2018

According to Hogan, people shouldn’t focus on scoring a large bank account — something that can relieve them of responsibility. Instead, they should be intentional about developing better money habits. For Hogan, who believes anyone can become a millionaire, there are really just two major mistakes that hold most people back from reaching that goal.

The first mistake? A lack of understanding.

“They don’t know what it takes to run their household, they have no idea how much is coming in, they know their salary but they don’t know the dollar amount that’s hitting their bank account,” Hogan said.

He also pointed out the second biggest mistake — not respecting the dangerous power of debt. Currently, Americans carry an average of more than $63,000 in debt.

“We look at debt as a tool in society and I want people to see it as a danger because debt brings risk and it also has interest that you have to pay,” Hogan said. “Progress starts with small steps. Being able to take control of your money, understanding what’s coming in, that to me means living richer.”

If you’re interested in taking control of your money, be sure to watch the rest of Hogan’s interview above. And you can start living richer now with these 30 ways to dig yourself out of debt.

More on Financial Planning and Debt 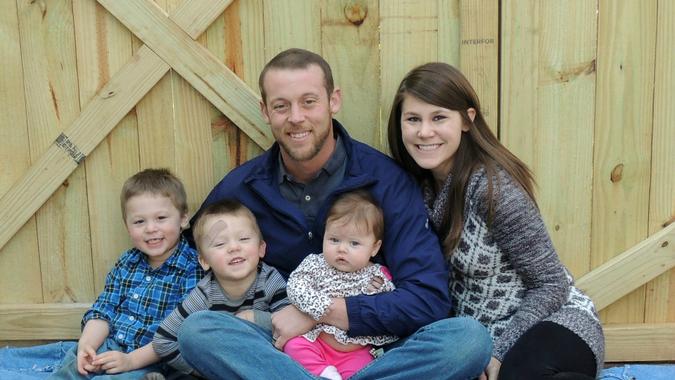 Learn how this couple sacrificed their way to less debt.

> Net Worth > Debt > If You Want to Be a Millionaire, Stop Making These Two Common Money Mistakes