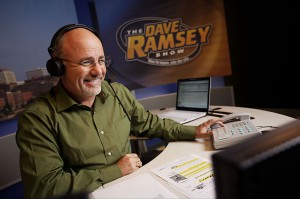 Dave Ramsey enthusiasts continue to adopt his Christian finance principles to combat debt caused by rising unemployment and the nation’s challenging economy. Unemployment rates in 2011 have loomed at about 9.1 percent, prompting Americans to seek out the Christian-based Dave Ramsey budget model in an effort to plow a path toward wealth and stability.

With a degree from the College of Business Administration at the University of Tennessee, Knoxville, Dave Ramsey started his career off in real estate, making millions through his brokerage firm, Ramsey Investments, Inc. In the process, Ramsey accumulated an almost equally astounding amount of debt.

He began counseling local residents and his church community on how to avoid the same financial mistakes he made, eventually inspiring his first Christian finance publication, Financial Peace.

Since then, the Dave Ramsey budget has spread nationally via radio broadcasts and online forums, as well as television shows and appearances. With a charismatic, “everyday-guy” personality, Dave Ramsey provides victims of debt with clear-cut, practical approaches to solving their financial issues.

Some suggest the baby steps don’t do enough. However, breaking down large, seemingly unattainable goals (i.e. eliminating debt) into easy to follow, digestible steps can be the deciding factor that Americans need to commit to the goal.

In light of the recent jobs crisis, Dave Ramsey recommends having at least $1,000 in emergency savings in the event of a layoff, major illness or other unexpected financial issue. This acts as a starting point to generating savings to tackle urgent and unavoidable expenses.

There are a variety of approaches used to pay-off debt, like focusing on debt with the highest interest rate, or the one with the shortest term length.

The Dave Ramsey budget model utilizes the debt snowball method, wherein all debt responsibilities (except for the mortgage) are listed from the smallest debt at the top to the largest debt at the bottom. Smaller debts are paid first, then the next smallest balance and so on until the entire list has been completed.

According to Ramsey, stacking up the small achievements first will motivate debtors to remain committed. Instead of struggling to pay-off a huge debt and seeing no improvement after all that effort, Americans are more likely to remain on budget if they are able to cross off five small debts right away.

Depending on the situation, Ramsey estimates this step will take about 18-24 months to achieve. Of course, while undertaking this step, it’s necessary to avoid adding onto existing debt.

By the time debtors reach this step, they will have considerable wiggle-room in their budgets. Aside from the mortgage payment, they should begin developing a substantial savings cushion that can sustain the household for 3-6 months.

Dave Ramsey recommends placing these funds into a money market account, so it remains accessible when unforeseen circumstances arise, yet is kept just beyond arms reach to avoid spending temptation.

#4. Invest 15 Percent of Income in Retirement

The Dave Ramsey budget specifically states that no more (and no less) than 15 percent of household income be invested in a Roth IRA or other pre-tax retirement option. The remaining steps in this seven-tier approach rely on having extra funds, which is why Ramsey doesn’t recommend exceeding the 15 percent point.

Additionally, maintaining an adequate retirement fund is emphasized in order to maintain a balanced lifestyle during one’s golden years, so investing less than 15 percent of income is also not advised.

The increasing cost of higher education has many Americans distraught about paying tuition. Dave Ramsey recommends calculating anticipated monthly cost of tuition at a 12 percent interest rate. This rate is meant to keep students ahead of inflation. An Education Savings Account (ESA) or 529 plan are a couple of Ramsey’s suggestions regarding where to save college funds.

At this point in the Dave Ramsey budget, extraneous debt has been cleared (assuming new debt hasn’t amassed), a generous savings cushion is established and paychecks are going to major investments like retirement and college. Now is the time to work toward paying off mortgage loans early with extra funds available.

#7. Build Wealth and Give Wealth

The final phase of Dave Ramsey’s budgeting method encourages continued savings for yourself and your family’s future, while giving back to others in the process.

Some interpret this step as having a Christian focus, but giving to charity doesn’t necessarily need a religious association–whether or not you implement this step, the concept still sends a positive social message that it doesn’t hurt to spread.

Also, while not explicitly stated, an ongoing effort to avoid new debt is required to be successful at attaining wealth.

While some may be a bit reluctant to heed financial advice with religious overtones, as I admittedly experienced while listening to his talk radio segment, The Dave Ramsey Show, the core budget and debt principles Dave Ramsey endorses are actually religiously neutral. Non-Christians and those without religious affiliation can still benefit from sound guidance with regard to personal finance planning. 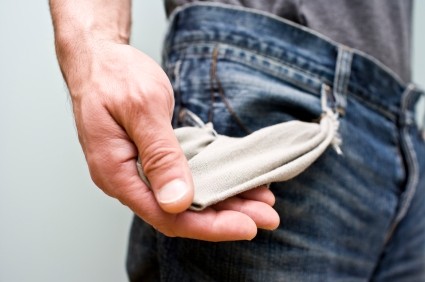 5 Things You Don’t Know About Your Debt