How Much Is Miranda Lambert Worth? 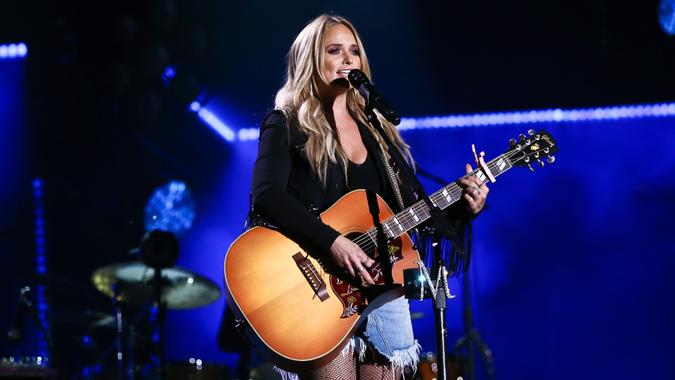 Since releasing her debut album in 2005, Miranda Lambert has been a country music fan favorite. She’s earned more Academy of Country Music Awards than any other performer, surpassing the previous record held by Brooks and Dunn. Miranda Lambert’s net worth is $60 million, according to Celebrity Net Worth.

Miranda Lambert knows how to write a song made for airplay. She made her $60 million fortune through her career as a country music performer. She won a Grammy for best female country vocal performance for her song “The House That Built Me” and best country album for 2014’s release “Platinum.”

Miranda Lambert’s career started with writing and recording songs as a teenager after her father taught her how to play the guitar. She self-released her debut album in 2001 as she toured and performed at venues across Texas. An appearance on “Nashville Star” in 2003 landed her a recording contract with Epic Records. Two years later, her album “Kerosene” topped Billboard’s Top Country Albums chart.

Lambert and her mother founded the MuttNation Foundation in 2009. The foundation supports animal shelters, encourages spaying and neutering programs and educates the public about the benefits of adopting animals. Through the foundation’s Mutts Across America initiative, she has given more than $1 million to animal shelters across the United States.

Lambert lives outside of Nashville, Tennessee, on a sprawling 400-acre farm with cabins, lighted walking trails and a performance pavilion. She purchased the property for $3.4 million in 2016. Previously, she lived in a Brentwood mansion with ex-husband Blake Shelton. The couple purchased the home in 2013 and sold it for $2.425 million in 2017.