How Much Is Adam Laxalt Worth? 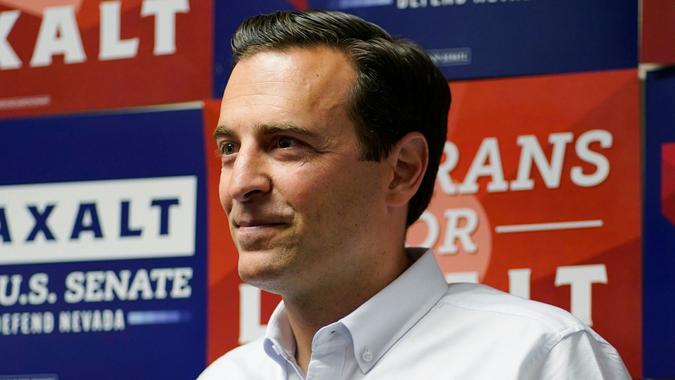 During his campaign for a Senate seat, Laxalt hasn’t been as successful in achieving donations as his Democrat opponent, incumbent Senator Catherine Cortez Masto. But time will yet tell if this costs him the vote come November.

In addition to co-managing the 2020 re-election campaign of former President Donald Trump in Nevada, Laxalt also served as the attorney general of the state from 2015-2019. He even unsuccessfully ran for governor in 2018 and works in a private law practice.

In terms of Lexalt’s net worth, a financial disclosure filed in the month of May showed he earned $1.5 million from law firm Cooper & Kirk in 2022, according to reporting by The Nevada Independent. An initial disclosure from the previous year showed he’d taken in $2.2 million from the high-profile Washington, D.C. firm during a brief exit from electoral politics following his 2018 loss in the governor’s race.

Adam Paul Laxalt was born to Pete Domenici and Michelle Laxalt in Reno, Nevada on August 31, 1978. He comes from a political family, as his father was a former New Mexico senator, and his grandfather was both a senator and governor of Nevada.

Laxalt attended prep school in Virginia, and graduated with honors from Georgetown University in 2001. Four years later, he obtained his law degree from Georgetown Law Center. He has since worked in Washington, D.C. for John R. Bolton and Virginia senator John Warner.

He also spent five years serving in the U.S. Navy’s Judge Advocate General Corps during the Iraq War where he served abroad and held the rank of lieutenant. Laxalt briefly taught law at the U.S. Naval Academy, as well.

See: How Rich is Jared Kushner?
Find: How Much is Ted Budd Worth?

Laxalt and his wife Jaime currently reside in Reno along with their four children, according to the Senate hopeful’s official website.