How Much Is Former New York Gov. Andrew Cuomo Worth? 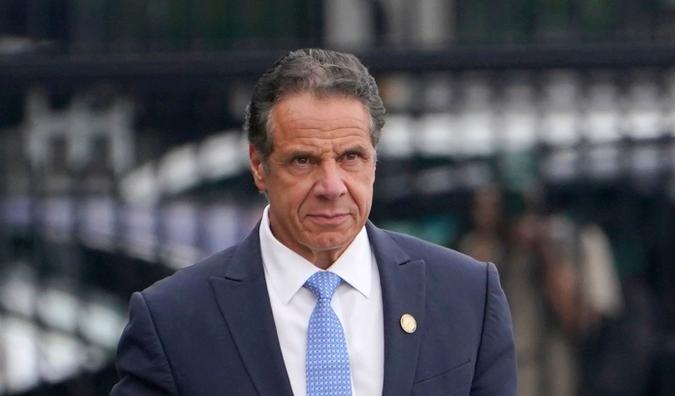 Andrew Cuomo was sworn in as governor of New York in 2011 and announced on Aug. 10, 2021, that he would resign from office following multiple allegations of sexual harassment, according to NBC News. He was considered by many to be a pillar of strength in his daily briefings during the COVID-19 pandemic.

By Aug. 18, the governor had filed to receive the state’s lifetime pension, which became effective Sept. 1. As of Oct. 28, the disgraced politician was formally charged with a criminal misdemeanor complaint filed by a former female aide, according to The New York Times.

As governor of the great state of New York, he took in an annual salary of $225,000 per year, according to Forbes. His salary is considered to be among the highest among his gubernatorial peers. However, most of his recent financial resources have come from the sales of his books. It has been reported he earned nearly $5 million from the sale of his most recent book, according to Celebrity Net Worth.

See: 10 Simple Ways You Can Grow Your Net Worth
Find: The Richest Politician in Every State

In fact, Cuomo has taken a great deal of his income from the sale of his three books: “Crossroads: The Future of American Politics” published in 2003, “All Things Possible: Setbacks and Success in Politics and Life,” in 2014 that yielded him $650,000 even though it sold only around 4,000 copies. In 2020, “American Crisis: Leadership Lessons from the COVID-19 Pandemic,” was published by Crown Publishing Group.

Cuomo’s most recent book appeared to have landed him an advance worth $4 million, but the hardcopy sales some to have peaked at less than 50,000 copies. He eventually went on to get an additional $1 million from the sale, $500,000 of which he donated to charity.

His current net worth is approximately $5 million.

Cuomo is one of five children born to Italian Americans Mario and Matilda Cuomo in Queens.  He earned his B.A. from Fordham University in 1979 and went on to obtain his J.D. from Albany Law School in 1982.  It is at about this time that his father was elected the 52nd governor of New York — a post that he held from 1983 to 1994.

He joined his dad’s staff, where he was reportedly paid a salary of $1 a year, and got the nickname “The Enforcer,” so his dad could come across as being the nice guy in good cop/bad cop scenarios, according to the New York Times.

See: A Look at Caitlyn Jenner’s Net Worth as She Runs for Governor of California
Find: How To Calculate Your Net Worth: 6 Easy Steps

At the same time, Cuomo was an assistant district attorney in New York.  He also worked at the law firm Blutrich, Falcone & Miller.  He masterminded Housing Enterprise for the Less Privileged (HELP) in 1986 and went on to run it full-time in 1988.  He was named chair of the New York City Homeless Commission in the early 1990s.

In 1993, he was appointed as Assistant Secretary for Community Planning and Development under the Department of Housing and Urban Development (HUD) under President Bill Clinton’s administration.  In 1997, he was named as the Secretary of Hud–a position which he kept until Clinton left office in 2001.

It was during his tenure that he helped steer the efforts to increase homeownership and make it easier for Americans to own their own homes.  However, it has been said that this push may have been a contributing factor in the 2007-2010 subprime mortgage crisis, according to the Village Voice.

The Road to the Governor’s Mansion

He first tried his hand at running for governor of New York in 2002. While he lost to incumbent George Pataki, he still kept his toe in politics.

When he first entered public office as attorney general, a position he held from 2006-2011, he disclosed his finances.

It was reported that he earned $1 million per year in both 2004 and 2005 while working as an advisor to Andrew Farkas, a real estate magnate.  As of 2013, his financial disclosures suggested that he was worth somewhere in the ballpark between $1.75 million and $3 million.

Cuomo won the Democratic gubernatorial election in 2010. He was re-elected in 2014 and 2018. His tenure has yielded what many deem “progressive” policy changes regarding same-sex marriage, gun control, minimum wage, decriminalizing marijuana and offering free tuition for SUNY and CUNY universities for families making less than $125,000.

Governor During the Pandemic

In March 2020, Cuomo, who at the time had an approval rating of 77%, was an advocate for New York’s citizens to take the precautions necessary to stop the spread of coronavirus by ordering 75% of non-essential workers to stay at home. He demanded federal assistance in the supply of the necessary medical equipment for the healthcare system to operate properly.

His daily briefings received nationwide accolades, but as information came in regarding long-term (and, some say, negative) results from several of his decisions, even some staunch supporters began to question his role as a leader.

He began a high-profile relationship with Food Network host Sandra Lee in 2005 that continued until 2019. The couple lived in Westchester County in a home purchased by Lee.

See: 20 Triumphs and Tragedies of the Kennedy Family
Find: These Are the Wealthiest Congressional Districts Across America

While he keeps some of the details of how he prefers to spend his money private, Cuomo has stated that he is a vehicle enthusiast.  He can be seen driving around in a 1968 Pontiac GTO with a “1” license plate. This sports car runs between $27,000 and $60,000 depending on its condition.