Barack Obama certainly has a lot to celebrate on his upcoming birthday on Aug. 4, when he turns 58.  The former president has continued to succeed after leaving the White House, with one of his more recent achievements being his and wife Michelle Obama’s Netflix deal.

Celebrity Net Worth reported Obama’s net worth as $40 million, but according to an estimate by Analytics@American, American University’s business analytics program, the Obamas could make as much as $242.5 million post-presidency.

View this post on Instagram
You're not only my wife and the mother of my children, you're my best friend. I love your strength, your grace, and your determination. And I love you more each day. Happy Birthday, @MichelleObama
A post shared by Barack Obama (@barackobama) on Jan 17, 2018 at 12:52pm PST

From Assistant to Senior Advisor: How Much Trump’s Staff Makes

Proud to rep America’s best team! Congrats @USWNT and thanks for being such a strong inspiration for women and girls—and everybody—all across the country. pic.twitter.com/9Gp6UTZhEE
— Barack Obama (@BarackObama) July 10, 2019

Obama is now one of four living former presidents, and he has returned to his community activist roots, working on issues that were important to him during his presidency, such as gun control, immigration, nuclear nonproliferation, race relations and criminal justice reform. Through various organizations, social media, speaking engagements and his production company, Obama continues to raise awareness of these issues and pursue social change.

According to the 1958 Former Presidents Act, Obama will receive the salary of a Cabinet secretary for the rest of his life. That amount is his $205,700 annual pension. Among the other perks are health insurance and round-the-clock Secret Service protection until his death.

The cost of Secret Service protection is not made public, but Obama will also receive funds for an office, staff and related expenses, which George W. Bush took advantage of to the tune of almost $1.1 million in 2015.

Obama is gearing up to increase his sphere of influence — and potentially his net worth — as a producer. He and his wife signed a deal to produce series and films for Netflix, according to a May 2018 press release from the company.

The multiyear deal could include scripted and unscripted series and films that will be made available to over 151 million Netflix subscribers in more than 190 countries. Netflix did not disclose the financial details; however, The New York Times reported that similar deals have been valued at tens of millions over several years.

The Obamas will produce content for the streaming service under the entity Higher Ground Productions. “Barack and I have always believed in the power of storytelling to inspire us,” Michelle Obama said in the official announcement.

The power couple’s storytelling has already proved lucrative. Their most recent book deal with Penguin Random House, for example, is worth anywhere from $30 million to $65 million, NBC News reported.

President Barack Obama and Michelle Obama have entered into a multi-year agreement to produce films and series for Netflix, potentially including scripted series, unscripted series, docu-series, documentaries, and features.
— Netflix US (@netflix) May 21, 2018

Find Out: Quirky Money Facts About US Presidents

Analytics@American estimated that the Obamas could make about 50 speeches a year, earning “a conservative $200,000 apiece.”

Obama is the first former president in nearly 100 years to remain in Washington, D.C., after leaving office. He and the family remained in town so his youngest daughter, Sasha, could finish high school. She graduated this June.

Their digs are located in the area’s posh Kalorama neighborhood, where first daughter Ivanka Trump also owns a home. The Obamas bought the house for $8.1 million, according to CNBC. They also kept their Chicago home in the historic Hyde Park neighborhood.

With their post-presidential speaking and book deals, real estate holdings and production company, the Obamas are primed to maintain a considerable amount of wealth and influence beyond their time in the White House.

Stephanie Barbaran and Joel Anderson contributed to the reporting for this article. 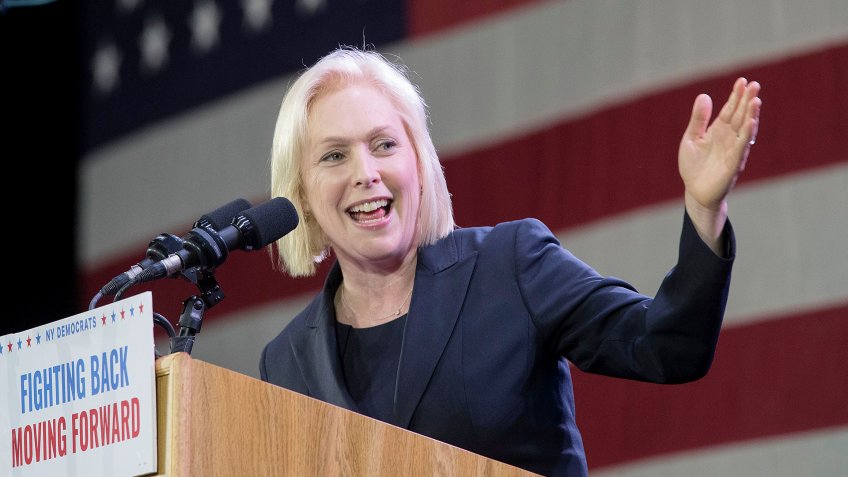 The senator's net worth is less than what you might expect.