Barack Obama Worth – How He Made His Money 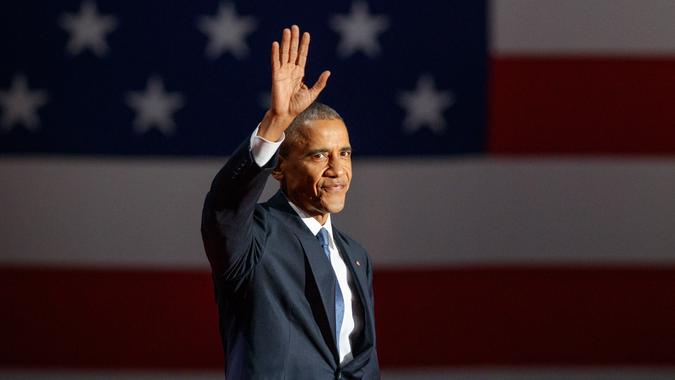 Since leaving the White House, Barack Obama has continued to very well for himself financially. The former president released the first volume of his memoir, “A Promised Land,” in November 2020; by December 2020, it had sold 3.3 million copies, becoming one of the top-selling political memoirs in history. Aside from the success of his memoir, Obama and his wife, former first lady Michelle Obama, also signed a lucrative Netflix deal in 2018.

Under the banner of their production company, Higher Ground, the Obamas have released three documentaries so far: “American Factory,” which won an Oscar, “Becoming” and “Crip Camp,” which has the rare distinction of holding a 100% fresh rating on Rotten Tomatoes.

Obama is now one of four living former presidents, and he has returned to his community activist roots, working on issues that were important to him during his presidency, such as gun control, immigration, nuclear nonproliferation, race relations and criminal justice reform. Through various organizations, social media, speaking engagements and his production company, Obama continues to raise awareness of these issues and pursue social change.

The cost of Secret Service protection is not made public, but Obama will also receive funds for an office, staff and related expenses, which George W. Bush took advantage of to the tune of almost $1.1 million in 2015.

Obama is gearing up to increase his sphere of influence — and potentially his net worth — as a producer. He and his wife signed a deal to produce series and films for Netflix in 2018.  Netflix did not disclose the financial details;  The New York Times, however, reported that similar deals have been valued at tens of millions over several years.

The Obamas have so far produced three documentaries under Higher Ground Productions: “American Factory,” “Crip Camp,” and “Becoming.” Forthcoming titles include a sci-fi film called “Satellite,” a YA series called “Firekeeper’s Daughter,” and several more features — as well as a docuseries about the National Parks.

Their digs are located in the area’s posh Kalorama neighborhood, where former first daughter Ivanka Trump also owns a home. The Obamas bought the house for $8.1 million, according to CNBC. They also kept their Chicago home in the historic Hyde Park neighborhood.

With their post-presidential speaking and book deals, real estate holdings and production company, the Obamas are primed to maintain a considerable amount of wealth and influence beyond their time in the White House. Read more about the wealthiest presidential families.

Sam DiSalvo, Stephanie Barbaran, and Joel Anderson contributed to the reporting for this article.