Bill Could Ban Congress and Staffers from Buying or Selling Stocks 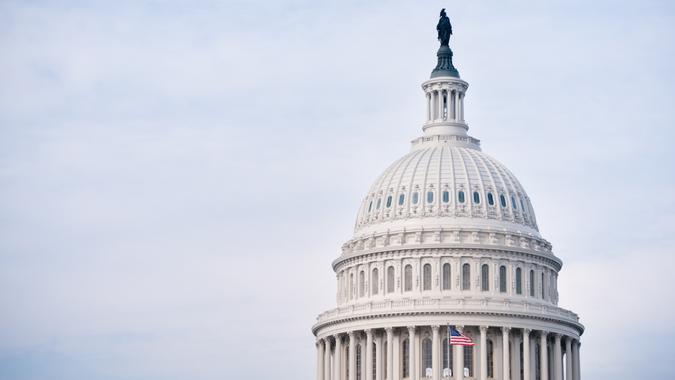 A new bill introduced by 12 Congressmembers would ban White House senior staff and Congressmembers from buying and selling stocks as well as most bonds and options contracts, the Hill reported late Wednesday.

The recent meme-stock frenzy and Congressional hearing, which put free stock-trading platform Robinhood under fire, along with the continued concern about ex-President Trump’s lack of financial transparency while in the White House, may have led to this development.

The Ban Conflicted Trading Act would help prevent higher-ups in the U.S. government from making money on trades based on “potentially market-moving information,” The Hill wrote.

Similar legislation was introduced in 2019 and then reintroduced by Senator Elizabeth Warren in December 2020, according to Politico. However, some measures do already exist to prevent lawmakers and White House staffers from profiting off certain investments.

The STOCK Act, signed by former President Obama, banned lawmakers and senior staffers from making investment decisions based on nonpublic data that they could not have obtained if not for their positions in the government, according to Yahoo! News. Also, the Securities and Exchange Commission has multiple laws in place banning insider trading or making investment decisions based on knowledge of a company or investment that the average person may not have access to.

The Ban Conflicted Trading Act would take regulations one step further, prohibiting higher-up government officials from using their unique positions to profit from investments, even if the SEC wouldn’t deem those moves to constitute “insider trading,” The Hill reported.

Insider trading can sometimes be open to interpretation, as it can be difficult to ascertain if the average person would have this knowledge and if the investor acted as a result of the knowledge. By banning the trade of most stocks and bonds, lawmakers and government officials would be restricted from taking advantage of information from investigations, hearings or legislation that could impact the stock market. For instance, Senator Richard Burr and his wife sold many stocks prior to the coronavirus outbreak and shutdowns of businesses, Politico reported.

Under the new legislation, which was introduced by Senate Banking Committee Chairman Sen. Sherrod Brown (D-Ohio), Sen. Jeff Merkley (D-Ore.) and Sen. Rafael Warnock (D-Ga.), lawmakers and staffers would have six months to sell all stocks, non-Treasury bonds, options contracts and derivatives after taking office. Those already in these positions of power would have six months to sell following the bill’s passing, The Hill reported.