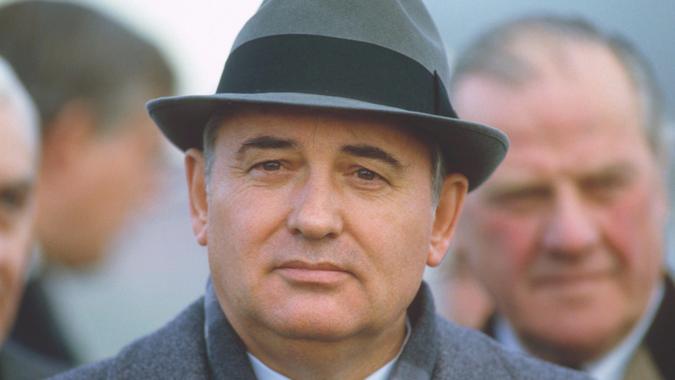 Mikhail Gorbachev, the Nobel Peace Prize-winning former leader of the Soviet Union has died at 91 years of age. He has been credited with helping tear down the Iron Curtain by implementing social and political reforms while he served as his nation’s leader from 1985 through 1991.

His specific cause of death was not elaborated upon yet, but it has been reported that it was from a long illness.

Gorbachev was celebrated globally for his efforts and collaboration with the U.S. which led to the end of the Cold War. People and leaders from all over the world are sharing their thoughts about this man, though not everyone celebrates him or his legacy.

“These were the acts of a rare leader – one with the imagination to see that a different future was possible and the courage to risk his entire career to achieve it. The result was a safer world and greater freedom for millions of people.”

While he hadn’t held an official political leadership role in 31 years, his influence still had some merit. He created the Independent Democratic Party of Russia with Alexander Lebedev in 2000 and has since publicly denounced Russian President Vladimir Putin.

Through his career in politics and the creation of the International Foundation for Socio-Economic and Political Studies, better known as the “Gorbachev Foundation” in 1992, Gorbachev gave lectures around the world and charged fees for his expertise bringing his net worth to $5 million, according to Celebrity Net Worth.

Mikhail Sergeyevich Gorbachev was born in Stavropol on March 2, 1931, to a poor family. His father served in WWII and worked with the machines on a farm.

He showed political interest while he was young, but wasn’t considered a full member of the Communist Party until 1952.

In 1955, he received his law degree from Moscow University. After returning to the town of his birth, he rose up the ranks of his political party, where he eventually was elected to the Central Committee in the early 1970s.

Gorbachev was a member of the Politburo in 1980 and he rose up the ranks and was at the top of Kremlin leadership by 1985. It was at this time that he began working to make large-scale reforms that would help end the Cold War.

By 1986, he and U.S. President Ronald Reagan made progress toward ending the arms race, for which he received the Nobel Peace Prize in 1990.

After a revolt led by Boris Yeltsin, Russia and other republics decided to break away from the Soviet Union. On December 25, 1991, Gorbachev resigned as the leader of the now-defunct Soviet Union.

Ruth Bader Ginsburg: A Look at the Career and Fortune of the Late Supreme Court Justice
Donald Rumsfeld: The Former US Defense Secretary’s Fortune at the Time of His Passing

Gorbachev married Raisa Titarenko, a philosophy student at Moscow University in 1953.  They have a daughter together. Raisa died in 1999 from cancer after they had been married for 46 years.