George H.W. Bush, the 41st president of the United States of America, passed away the evening of Friday, Nov. 30, at age 94. This is the second member of the Bush dynasty lost this year — the other was Bush’s wife Barbara, who died in April 2018. To honor Bush’s passing, both the Nasdaq and New York Stock Exchange will be closed on Dec. 5.

In addition to his presidential past, the elder Bush also leaves behind a substantial financial legacy. Keep reading to find out the former president’s net worth, and how he made his millions.

View this post on Instagram
“And I do not mistrust the future. I do not fear what is ahead. For our problems are large, but our heart is larger. Our challenges are great, but our will is greater. And if our flaws are endless, God’s love is truly boundless.” Happy 4th of July!
A post shared by George Bush Foundation (@bush41) on Jul 4, 2015 at 8:21am PDT

Former president George H.W. Bush’s net worth was around $25 million at the time of his death, according to Celebrity Net Worth. Other sources give a more conservative estimate at $23 million.

The Bushes are considered an “old money” family. Samuel Prescott Bush, H.W. Bush’s grandfather, controlled the Buckeye Steel Castings Company, which was one of the largest steel foundries in the world. H.W. Bush received little direct inheritance from his father Prescott Bush, but a privileged upbringing with elite connections still paved the way for the family’s fortune.

Where Are They Now: What’s Keeping Past Presidents and Vice Presidents Wealthy?

After earning an economics degree from Yale in 1948, H.W. Bush took a job with oil and energy company Dresser Industries, which was owned by a family friend. Shortly after his appointment with Dresser, H.W. Bush decided to strike out on his own in the early 1950s. He received $350,000 from his father and uncle — worth about $3 million today — to start his own oil drilling business in the 1950s. Bush continued to build his wealth in oil until 1966 when he was elected to Congress. He began selling off parts of his company for more than $1 million. His connections in the oil business were likely large sources of wealth for him and his family.

Despite his wealth, H.W. Bush was far from the wealthiest president. Current president Donald Trump commands a net worth of $3.1 billion as of September 2018, according to Forbes. Along with that, former president Bill Clinton is estimated to be worth $80 million and Barack Obama’s net worth is estimated at $40 million, according to Celebrity Net Worth.

View this post on Instagram
“Now that my political days are over,” George Bush said the day his presidential library was opened in 1997, “I can honestly say that the three most rewarding titles bestowed upon me are the three that I’ve got left: a husband, a father and a granddad.” #remembering41 #bush41 #georgehwbush
A post shared by George Bush Foundation (@bush41) on Dec 2, 2018 at 11:57am PST

The Bush family is considered a modern political dynasty, having produced two presidents and a few other political figures:

However, H.W. Bush’s legacy is not without controversy. Accusations of racism and using propaganda to justify invading Iraq in the early ’90s were cornerstone arguments against his presidency. He was also recently accused of sexual harassment by several women.

Click through to read about the Bush family, the Trumps and more of the wealthiest presidential families. 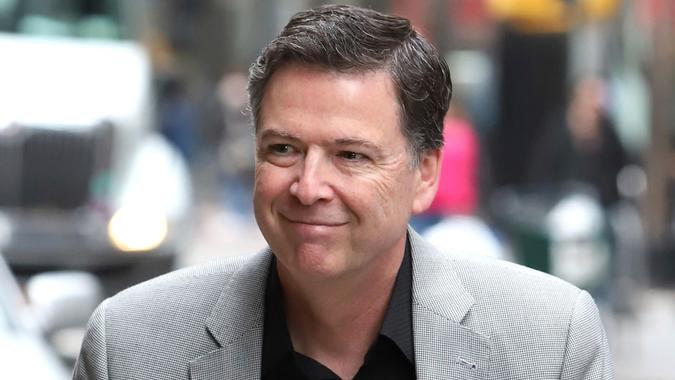 See What Ex-FBI Director James Comey Is Worth

Find out Comey's net worth as he prepares to testify.