How Dark Money and Super PACs Are Influencing the 2022 Election 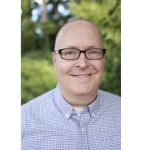 Super PACs, dark money, outside spending — keeping it all straight can be tough, especially with the seemingly constant barrage of political attack ads in the background.

With the 2022 midterm elections looming and campaign spending records falling across the country, here’s a quick primer and a rundown of the most powerful outside spending groups.

The Birth of Super PACs

Back in 2010, the U.S. Supreme Court ruled in Citizens United v. FEC that restrictions on political “independent expenditures” by corporations were a violation of free speech. Corporations, labor unions and other groups could start spending unlimited sums to influence elections, as long as they weren’t working directly with individual candidates.

With help from a lower-court ruling, “super PACs” were born soon after. These powerful political action committees can tap ultra-wealthy donors and raise and spend unlimited sums on elections, again provided that they aren’t working directly with candidates.

Super PACs are required to disclose their donors to the Federal Election Commission (FEC). But in addition to transparent, large donations from wealthy individuals and corporations, super PACs vacuum up large sums of “dark money.” This is money used to influence elections that comes from unidentified sources — usually non-profits for which elections aren’t a “primary” activity. The names of the dark money groups are revealed, but the names of the individual donors are kept secret.

These “independent” expenditures are referred to as “outside spending.” The numbers have risen steadily since Citizens United. Outside groups had broken a midterm record by spending $1.3 billion to influence federal elections as of mid-October, according to OpenSecrets.org.

Proponents have praised the system for protecting free speech and shielding some donors from harassment. Opponents say it gives far too much power to the rich and that voters have been left in the dark about which powerful corporations and special interests are behind all of those attack ads, mailers and other campaign materials.

Having more money doesn’t always translate into winning, but outside spending is sure to impact the outcome of the 2022 midterms, with Democrats clinging to a slim majority in the Senate and the GOP needing to flip just five seats to take control of the House.

Here’s a look at the top dark money spenders and richest super PACs from the 2022 election cycle, according to OpenSecrets.org:

This dark money group has boosted incumbent Democrats against more progressive challengers from within the party — particularly Rep. Danny Davis (D-Ill.), whose district covers a large chunk of western Chicago. Davis, who held off Kina Collins in the Democratic primary, has received $450,000 worth of support from the Opportunity for All Action Fund.

Another Democratic group, the Ohio Organizing Campaign had pumped more than $1.1 million into Rep. Tim Ryan’s Senate campaign against J.D. Vance. Other Ohio Democrats backed by the group this cycle include Greg Landsman, who is trying to unseat Rep. Steve Chabot in District 1; and Rep. Emilia Sykes, who faces Republican Madison Gesiotto Gilbert in the fight for Ryan’s District 13 seat.

Tied to the Conservative Caucus, this Trump-backing group has focused on recapturing the Senate for Republicans. Americans for Constitutional Liberty has provided $185,000 each to the campaigns of Vance (Ohio), Mehmet Oz (Pennsylvania) and Herschel Walker (Georgia). The group also has backed GOP Rep. Ted Budd, who is fighting for a Senate seat in North Carolina. In addition, ACL has targeted incumbent Democratic senators such as Mark Kelly in Arizona (more than $185,000 spent against) and Jeanne Shaheen in New Hampshire (nearly $156,000 spent against).

Based in Henderson, Nev., We Vote We Win has infused more than $1.3 million into Democratic Congressional campaigns in the state. Sen. Catherine Cortez Masto, in a tough re-election fight against Republican former state Attorney General Adam Laxalt, has received more than $1 million in support from the group. It’s a tight race that could determine whether Democrats hold on to the Senate majority.

Leading all dark money spenders as of Oct. 19, the VoteVets.org Action Fund supports the election of Democratic military veterans and national security experts. Its 2022 endorsements include Sen. Tammy Duckworth (D-Ill.) and Kelly in Arizona, along with numerous other Democratic candidates in Senate, House and gubernatorial races.

Most Money Raised by Super PACs

The CLF is the top super PAC for House Republicans and has close ties to minority leader Kevin McCarthy. Politico reported earlier this month that the CLF had crossed $200 million in expenditures with a late-cycle $15 million ad investment. Most of those funds have gone to ads targeting Democrats. CLF has spent more than $9.2 million trying to take down Rep. Susie Lee, the incumbent in Nevada’s 3rd Congressional District.

Editor’s note: Amounts for dark money are as of Oct. 19 and super PACs as of Oct. 25, per OpenSecrets.org.