A Look at Rep. Jackie Walorski’s Career and Net Worth Upon Her Death 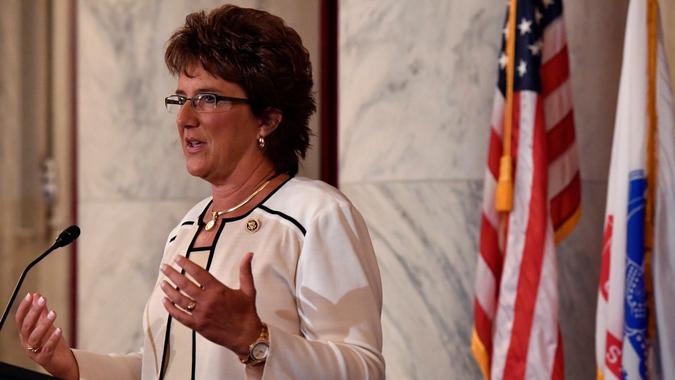 Known for her dedication to service and well-liked by her Democrat and Republican colleagues in the House, Indiana Republican Rep. Jackie Walorski died in a car accident on Wed., Aug. 3. She was 58 years old.

See: How Much You’d Need To Earn To Be as Rich as Famous US Politicians
Find: 7 Things You Should Never Do When Planning For Retirement

Walorski’s office put out the following statement on Twitter after the crash: “Dean Swihart, Jackie’s husband, was just informed by the Elkhart County Sheriff’s office that Jackie was killed in a car crash this afternoon. She has returned home to be with her Lord and Savior, Jesus Christ. Please keep her family in your thoughts and prayers.”

The news was confirmed by House Minority Leader Kevin McCarthy in a tweet on Wednesday, and many fellow politicians were quick to pay tribute to Walorski. House Speaker Nancy Pelosi, currently traveling in Asia, ordered the flags at the Capitol to be flown at half-staff in response to the death of Walorski, according to CNN Politics.

As the highest ranking Republican on the House of Ethics Committee, Walorski was on deck to become a chairperson of the bipartisan committee and take on a leadership role on the House Ways and Means Committee if Republicans won the majority in November, according to Newsweek. Her current term was due to expire in January 2023, and she was running for her sixth term this fall.

With a long history in politics and a small one in media, Walorski could potentially have had a sizable income at the time of her death. However, it is difficult to declare her net worth accurately without knowing what investments she held and any supplementary incomes streams, like money earned from speaking engagements, for example.

Taking into account possible appreciation of assets in addition to her salary over the last 10 years, Walorski could have been worth anywhere from $400,000 to $1.7 million at the time of her death — a wide but realistic range for someone at a similar age, in a similar position, with a similar career timeline.

Jackie Walorski was born on August 17, 1963, in South Bend, Indiana. Her mother was a meat cutter, and her father was a firefighter and appliance store owner, according to the South Bend Tribune.

After attending Liberty Baptist College, Walorski graduated from Taylor University, receiving her Bachelor of Arts degree in communications and public administration in 1985.

Walorski began her career as a television reporter for WSBT-TV, a CBS affiliate in South Bend, from 1985 to 1989. She was the executive director of the St. Joseph County Humane Society from 1989 to 1991.

According to The Wall Street Journal, in 2000, Walorski moved with her husband to Romania, where they started Impact International, a foundation to provide medical supplies to impoverished children.

Walorski had been the U.S. Representative for Indiana’s 2nd Congressional District since 2013. Before that she served three terms as a member of the Indiana House of Representatives, representing Indiana’s 21st district.

Walorski first ran for Congress in 2010, winning the Republican nomination for her district. Although she lost the general election to Democratic incumbent Joe Donnelly, she ran again in 2012, this time winning the open seat.

Discover: 10 Richest People in the World
Explore: 10 States That Receive the Most Social Security

Walorski is survived by her husband of 27 years, Dean Swihart, a Mishawaka, Ind., schoolteacher. She and Swihart lived in a suburb in Elkhart County, Indiana.