How Rich Is Joe Manchin? 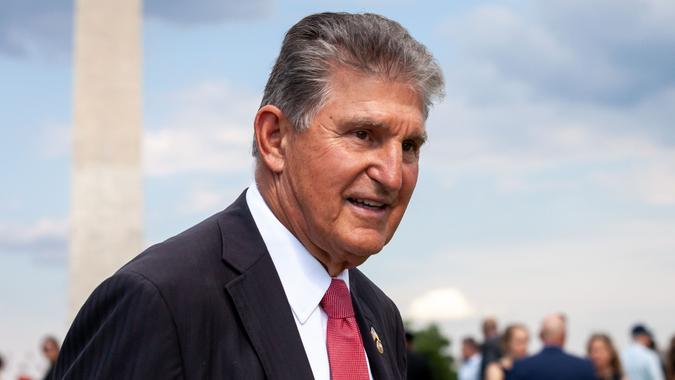 Joe Manchin, 74, is a businessman, former state governor and current U.S. senator who has been representing the state of West Virginia since 2010. He has been making headlines for being a Democrat who has gone against the legislation put forward by others in his party on a somewhat frequent basis.

Most recently, Manchin has been in the news for refusing to support the most recent major Democrat legislative package, one focused on climate change, tax increases ostensibly targeting corporations and the wealthy, and other measures. A representative for the Democratic senator indicated that continued inflation was at the core of Manchin’s concerns regarding deeper government spending.

“Political headlines are of no value to the millions of Americans struggling to afford groceries and gas as inflation soars to 9.1%… Manchin believes it’s time for leaders to put political agendas aside, reevaluate and adjust to the economic realities the country faces to avoid taking steps that add fuel to the inflation fire,” Manchin’s communications director, Sam Runyon, said in a statement.

At the same time, Manchin did signal his support for certain aspects of the legislation, including a two-year extension of Affordable Care Act subsidies as well as a plan to slash prescription drug prices, per Insider. Vocal critics of Manchin’s refusal to sign off on tax and climate related government initiatives — notably fellow Democratic Sen. Martin Heinrich of New Mexico — questioned his position as chair of the Senate Committee on Energy and Natural Resources, according to CNN.

In a similar vein, Manchin made headlines last year, per CNN, for refusing to cast his vote for President Biden’s Build Back Better plan, thus causing the bill to fail. This latest development — a stalling of a second large Democratic Party legislative package — has brought further controversy to Manchin’s already high profile.

Manchin takes home a base salary of $174,000 per year from his government service, but his other ventures make his yearly salary $700,000 per year, and his estimated net worth is $8 million, according to Celebrity Net Worth.

Manchin made his fortune as a founder of Enersystems, a coal brokerage firm. Between 2011 and 2020, he took home more than $5 million in dividends. In 2020 alone, he received $500,000 in dividends. He has been listed as one of the 20 richest senators.

See: 9 Bills You Should Never Put on Autopay
Find: The Minimum Salary You Need To Be Happy in Every State

He was born on Aug. 24, 1947, in Farmington, West Virginia. Both his dad and grandfather were businessmen who were also involved in local politics, each eventually serving as mayor of Farmington. Joe Manchin graduated from West Virginia University with a bachelor’s degree in business administration.

Manchin started working for the family businesses, which included furniture and grocery stores, before entering a career in politics. In 1982, he joined the West Virginia House of Delegates. He was elected to the West Virginia state Senate four years later. During the same time, he founded Enersystems.

In 1967, Manchin married Gayle (nee Conelly) Manchin, with whom he has three children.

Manchin has not yet announced his future plans, but he continues to make headlines as a member of the U.S. Senate.