How Much is Michael Bennet Worth? 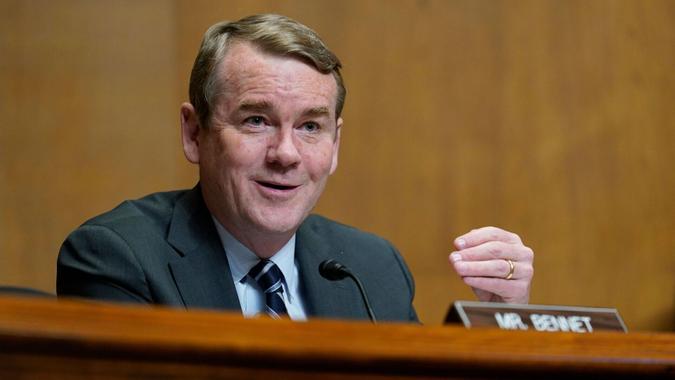 Michael Bennet, 57, is an American businessman, attorney, author and politician. He currently serves as a Democratic senator representing Colorado, and is running for re-election this November.

He was originally appointed to the position in 2009, following the departure of his predecessor Ken Salazar, but he was elected to a first full six-year term in 2010. He would be re-elected in 2016. Bennet ran for president in 2019, but dropped out of the race in early 2020.

Bennet has a lot of professional work experience, both in and out of politics. He was a managing director for the Anschutz Investment Company, the superintendent of Denver Public Schools, as well as being the chief of staff for the Denver mayor’s office.

While at Anschutz, he led the team that would restructure debt and merge three movie theater chains into what would become the Regal Entertainment Group. His role in that endeavor led him to receive $5 million in Regal stock and options.

While he holds real estate as well as stocks and hedge fund investments — along with a salary that starts at $174,000 per year — he made most of his fortune in the private sector. As of 2020, Bennet represents an estimated net worth of more than $15 million, per Forbes.

Michael Farrand Bennet was born to Susanne and Douglas J. Bennet in New Delhi, India, on Nov. 28, 1964.  His mom was a Holocaust survivor and his father a political aide who later served under President Jimmy Carter. At the time of Bennet’s birth, his father was the U.S. ambassador to India.

Bennet grew up in Washington, D.C., and ran in elite circles. He earned his B.A. in history from Wesleyan University in 1987, and later received his law degree from Yale Law School. While there, he was the editor of the Yale Law Journal.

He mostly worked in Washington, D.C., for politicians. During the Clinton administration, he was counsel to the deputy attorney general.

He and his then-fiancé Susan Daggett, an attorney, moved out west and eventually settled in Denver. They were married in 1997 and share three daughters together.

The couple own a $2.1 million home in Denver, a home worth $1 million in Washington, D.C., and additional land in Arkansas.