Serving in Congress requires you to swear an oath to defend and uphold the Constitution. An oath of poverty, however, is not included, and there are a few members of Congress who are striking examples of that.

But with the final votes from the 2018 midterms still being counted, the list of the wealthiest people in Congress is set for a little upheaval. Several of the richest senators and representatives — including the chamber’s richest — will not be back for the 116th Congress come January 2019. Here’s a look at the current richest members of Congress — with help from research performed by Roll Call — along with which ones won’t be stepping back into this high-paying political position.

Elected in 2004 to represent Texas’ 10th district, Michael McCaul is wrapping up his seventh term in Congress and won an eighth on Tuesday. If you’re expecting an elaborate story on how McCaul came by the $100 million-plus in his net worth, prepare to be disappointed. That’s because he didn’t really come by it. McCaul’s wealth was inherited by his wife, Linda McCaul, the daughter of Lowry Mays, founder of the company Clear Channel Communications.

The Mays family sold its stake in the company — now known as iHeartCommunications — years ago, but it has still left the McCaul family living comfortably and without major money concerns.

Related: These Are the Wealthiest Congressional Districts Across America

Republican Dave Trott was elected in 2014 to Michigan’s 11th district, but his time in office has been short-lived as he opted not to seek a third term prior to this Tuesday’s election — opening the door for Democrat Haley Stevens to win the seat over Republican Lena Epstein.

The outgoing Trott will have plenty of money to ensure his transition out of politics is as smooth as possible. He built up his net worth of nearly $120 million after he turned his parents’ law office into a major player in real estate and foreclosures that represented banks across the country with portfolio’s of subprime mortgages.

Find out: The Highest-Paid Public Employees — You Will Be Surprised

Jared Polis has been representing Colorado’s 2nd district since 2008, but prior to his time in politics, he founded several companies dating back to his time in college, including web-hosting company American Information Systems, electronic greeting card company Blue Mountain and flowers site ProFlowers. His success as an executive and founder led to a net worth of $122.6 million.

Polis will also no longer be in Congress come January 2019, but not due to retirement or a loss. Polis was elected the governor of Colorado on Tuesday night, making him the first openly gay man to serve as governor of a U.S. state.

Greg Gianforte cruised to re-election as the representative for the state of Montana at large on Tuesday, Nov. 6, beating Democratic challenger Kathleen Williams. The win came despite the fact that Gianforte — who replaced Ryan Zinke after he vacated the seat to serve as the interior secretary — pled guilty to assaulting a reporter the night before his special election in May 2017, which he also won.

However, although Gianforte might be best-known nationally for his body slams, it’s at least possible that he should also be known for his success as a tech executive. Gianforte has had a lot of success in the software business — selling his company Right Now Technologies to Oracle for $1.5 billion in 2012 — and his net worth is in excess of $130 million.

Also See: The Richest and Poorest US Presidents

Darrell Issa has been representing California’s 49th district since he was first elected in 2000, but prior to his time in Congress, he launched Viper car alarm to take advantage of a wave of auto thefts in California. Issa sold the company prior to running for Congress, but the proceeds have left his net worth close to $300 million.

However, his time as the richest member of Congress is coming to a close after he opted not to run for re-election following a narrow win in 2016 as his once reliably Republican district went for Hillary Clinton.

Click through to read more about the highest- and lowest-paying jobs in government.

Photo Disclaimer: Please note featured image is for representational purposes only. As a result, some of the members of Congress may not currently hold office. 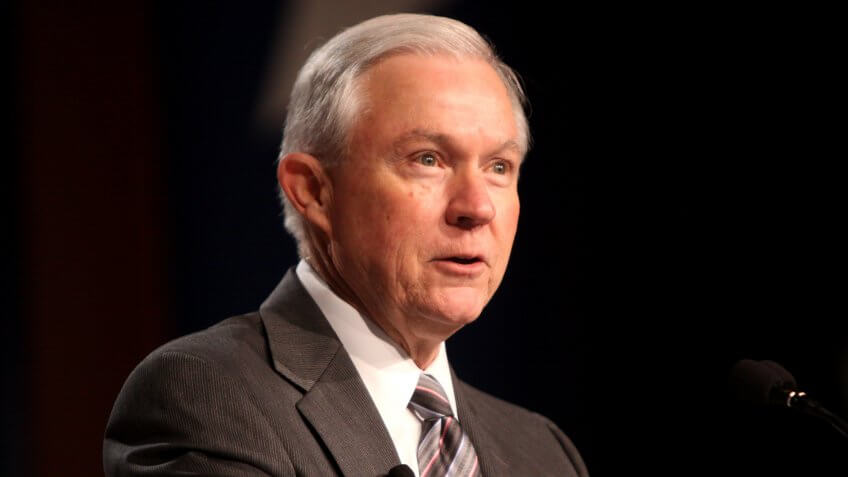 After Trump Forces His Resignation, Jeff Sessions Is Still Worth

Find out more about the attorney general who just resigned.