President Donald Trump announced June 13 that Sarah Sanders, one of Trump’s longest-serving staff members in an administration marked by departures, will step down as White House press secretary at the end of the month.

….She is a very special person with extraordinary talents, who has done an incredible job! I hope she decides to run for Governor of Arkansas – she would be fantastic. Sarah, thank you for a job well done!
— Donald J. Trump (@realDonaldTrump) June 13, 2019

As Sanders prepares to leave the White House, here is a look at her net worth and background.

Sarah Sanders is worth $1.5 million, according to Celebrity Net Worth. Her yearly salary was $179,700 as of June 2018, according to the White House budget, an increase from her 2017 salary of $165,000. Her duties have included providing briefings to the press on the president’s agenda and activities. Sanders’ role has also involved fielding questions from reporters, which has often proved combative.

View this post on Instagram
Happy birthday to our incredible Vice President Mike Pence! #VP #HBD
A post shared by Sarah Huckabee Sanders (@sarah_h_sanders) on Jun 7, 2019 at 9:03am PDT

Sanders is the daughter of former Arkansas governor and presidential candidate Mike Huckabee. Sanders went to Ouachita Baptist University in Arkansas, the same private liberal arts college her father attended. While there, she led the student senate and was active in the campus’ Republican groups.

She began her political career as a field coordinator for her father’s 2002 gubernatorial reelection campaign. Sanders then went on to work as a liaison for the Department of Education and as an Ohio field coordinator for President George W. Bush’s reelection campaign in 2004. Her knowledge of the campaign trail led Sanders to work as a senior advisor to Trump’s successful 2016 bid.

As the White House principal deputy press secretary, she filled in for Spicer while he was on Navy Reserve duty.

From Assistant to Senior Advisor: How Much Trump’s Staff Makes

With Sanders’ upcoming departure, there is already speculation on whether she will run for governor of Arkansas, as Trump hopes.

During a media exit interview, Sanders only commented vaguely on the subject: “I don’t know. I’ve learned a long time ago never to rule anything out.”

I am blessed and forever grateful to @realDonaldTrump for the opportunity to serve and proud of everything he’s accomplished. I love the President and my job. The most important job I’ll ever have is being a mom to my kids and it’s time for us to go home. Thank you Mr. President! https://t.co/wHNnq06AMg
— Stephanie Grisham (@PressSec) June 13, 2019

Keep reading to learn about 12 political figures who made major career changes.

Lauren Dirks contributed to the reporting for this article. 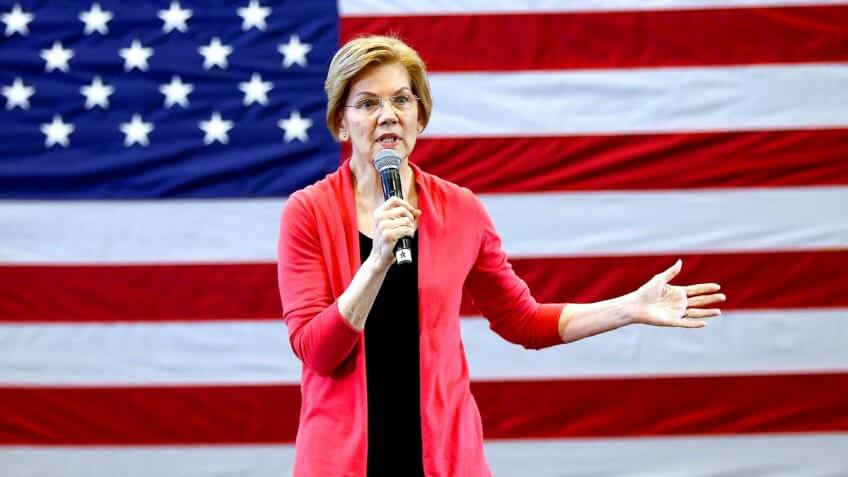 How Much Is Elizabeth Warren Worth? A Look at the Presidential