How Much is Ted Budd Worth? 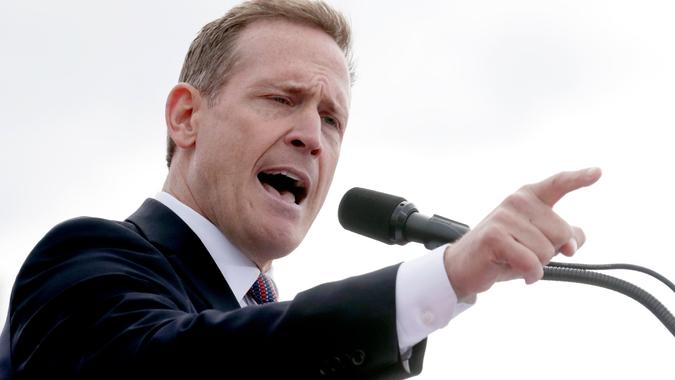 Ted Budd, 50, is an American politician and businessperson who has served as the U.S. representative for North Carolina’s 13th congressional district for the last five years and is now focused on being elected as the next Republican senator from his home state. He is in a neck-and-neck race against the Democratic candidate, Judge Cheri Beasley.

See: 6 Types of Retirement Income That Aren’t Taxable
Find: 22 Side Gigs That Can Make You Richer Than a Full-Time Job

This isn’t the first tough election he has faced. Budd’s congressional win was a bit of a surprise as he was against others with much more experience, but his grassroots efforts led him to victory. He is a member of the Freedom Caucus and serves on the Financial Services Committee. Budd had no prior political experience.

As a congressman, he earns a salary of at least $174,000 per year. He owns a gun shop and shooting range in North Carolina called ProShots, and his business is valued at between $1-5 million, according to Business Insider. His estimated net worth as of 2018 is reported to be around $6.4 million, per OpenSecrets.

Theodore Paul Budd was born on Oct. 21, 1971, in Winston-Salem, North Carolina.  When he was a child, his family moved to a farm outside of Advance. He and his family still live on this farm in Davie County.

He earned his degree in 1994 from Appalachian State University. He later received his MBA from Wake Forest University School of Business. He also holds a master’s degree in theology and educational leadership from Dallas Theological Seminary.

While on a student mission to Russia in 1991, he met Amy Kate. The pair were soon married and have three kids together.