To commemorate Donald Trump’s Republican adversaries in the presidential run, here’s a look at the biggest stars of the former candidates, how much they spent in their campaigns and their biggest debacles.

See: Donald Trump’s Tax Plan — Can You Afford to Have Trump in Office?

7 Republican Presidential Candidates Who Lost It All

In their quest to keep Donald Trump from becoming president, these Republican candidates spent a whole lot of money, saw poor primary results and shared some unfortunate moments in the limelight.

Ted Cruz drops out of his campaign after raising $141.87 million in his presidential bid. In addition to spending a lot of money, he also suffered many humiliating moments that will likely keep the Ted Cruz campaign on Americans’ minds for years to come:

After raising $26.33 million in her presidential campaign, Carly Fiorina dropped out of the race on Feb. 10, but her humiliation had only just begun.

This video of @CarlyFiorina falling off the stage at a @TedCruz rally is the funniest… https://t.co/pMAvbQqdDqhttps://t.co/Idezv06lqp

Lost onstage and consistently pulling some of the lowest primary results, John Kasich suspended his $29.23 million presidential campaign on May 4. Although Kasich avoided much of the mud slinging during his run, he became a topic of discussion after feasting on the road:

Even tho Marco has been out for awhile these pics always make me laugh so hard ???????????? #RobotRubio pic.twitter.com/ZBIbG95um7

New Jersey Gov. Chris Christie ran a failed $31.93 million campaign, but his greatest misfortune came after he ended his presidential bid on Feb. 10.

On March 2, Ben Carson ended his campaign for the Republican presidential nomination, having raised $79.77 million. He too suffered some embarrassment while in the public eye.

After raising an overwhelming $155.14 million, Jeb Bush ended his campaign on Feb. 20. Despite raising more than any of the other Republican presidential candidates, the former Florida governor’s campaign never gained traction.

All campaign figures are according to the Center for Responsive Politics unless otherwise noted. 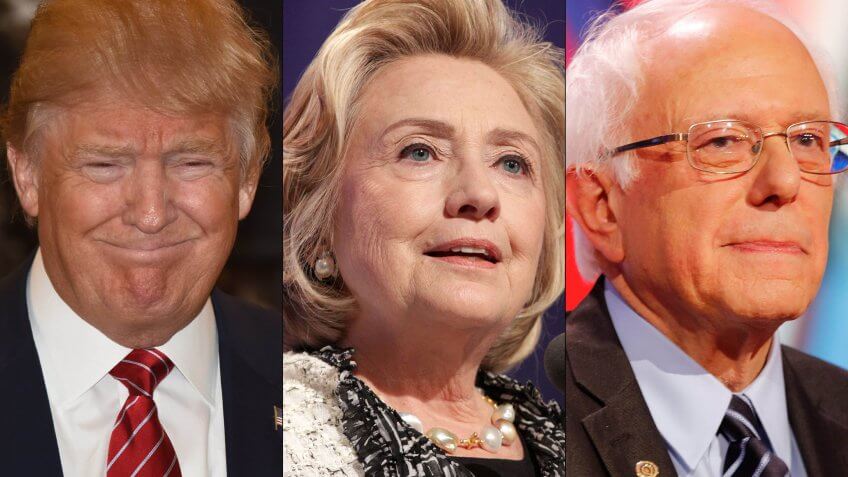 Here’s How Each Presidential Candidate Stands on the Money

GOBankingRates > Net Worth > Politicians > Ted Cruz and John Kasich Drop Out, Waste $171 Million: The Biggest Losers of the Republican Candidates