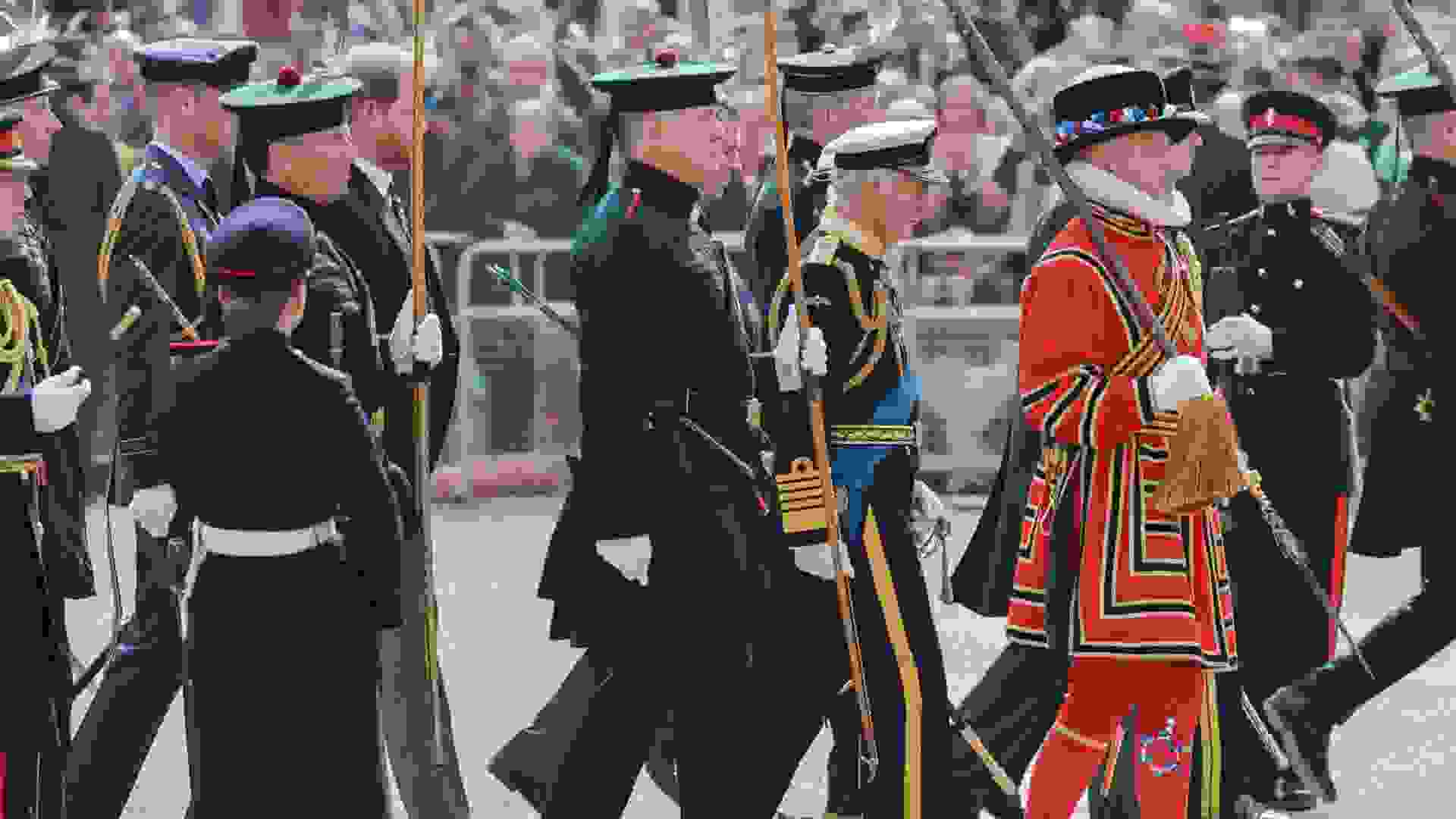 Royal families of the world have captivated society with their lavish lifestyles that include magnificent palaces and staff to take care of every need. The net worths of monarchs vary greatly by country, but the wealth of even the least well-healed is still many times more than what the average person will see in a lifetime. Click through to take a peek inside the wealth of some of the most prominent royal family members. 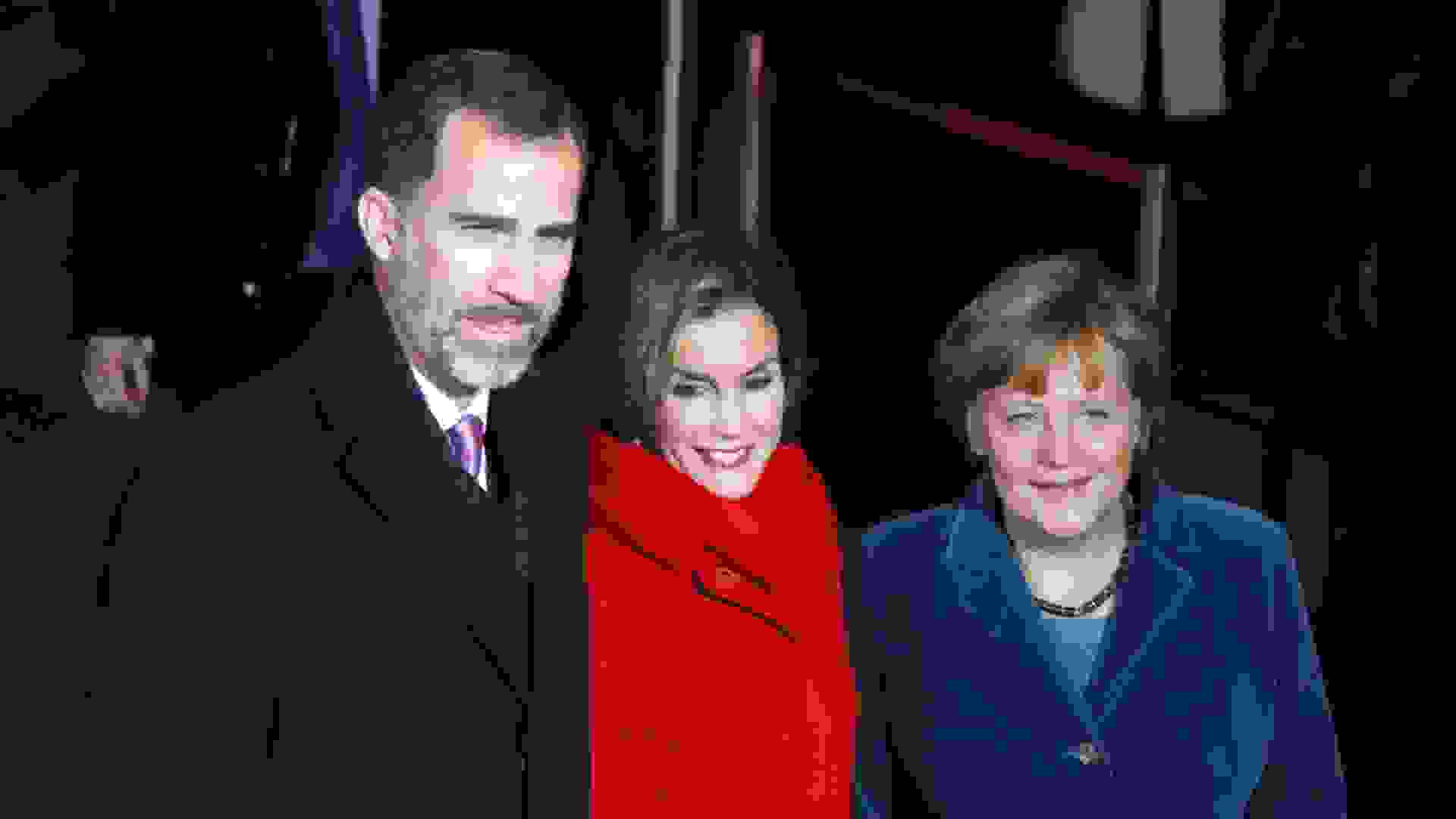 King Felipe VI assumed the throne after his father, King Juan Carlos, abdicated in June 2014 amid scandal. The new king promised “a renewed monarchy” and a “new Spain.” In April, in an effort at transparency, the king said his net worth was $2.8 million. He holds almost 90% of that in bank accounts and securities, with the art, jewelry and antiques accounting for the rest.

His disclosure did not include any real estate. While the royal family has eight royal palaces and five country residences to choose from, they are owned by the government and managed by Spain’s National Heritage group. King Felipe VI, Queen Letizia and their two children live at La Zarzuela Palace at the El Pardo Mountain. 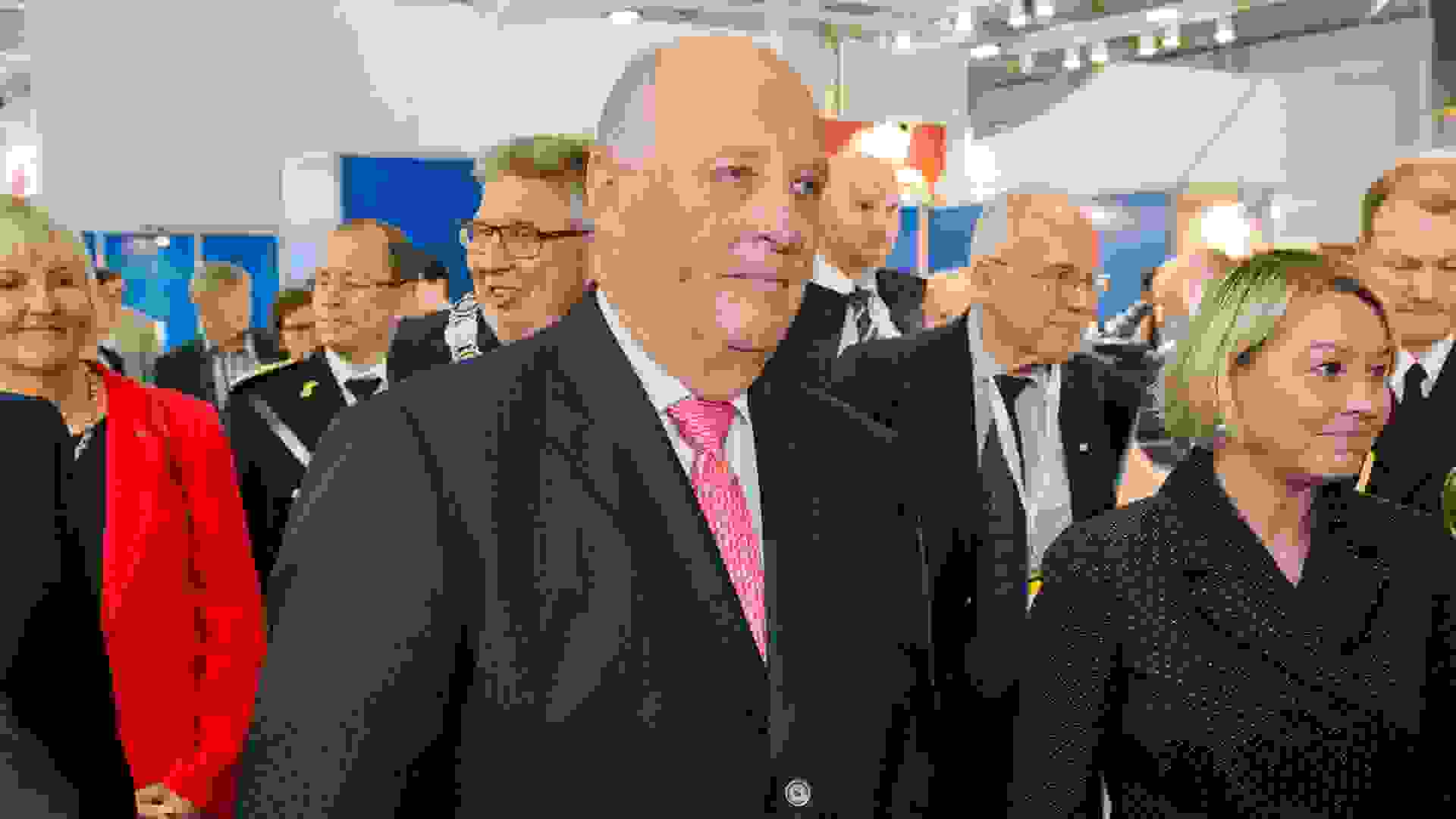 His Majesty King Harald V of Norway has held the throne since Jan. 17, 1991, and is one of the most powerful world leaders. The king of Norway married Queen Sonja in September 1968, and they reside in Oslo at the Royal Palace. The couple has two children and five grandchildren. He is worth $30 million, according to Celebrity Net Worth.

In 2021, the government undertook a massive project to enhance security at the Royal Palace and other royal residences. Cost overruns resulted in a project cost of about $73.4 million. The project was in response to a security analysis done by the National Police Directorate. 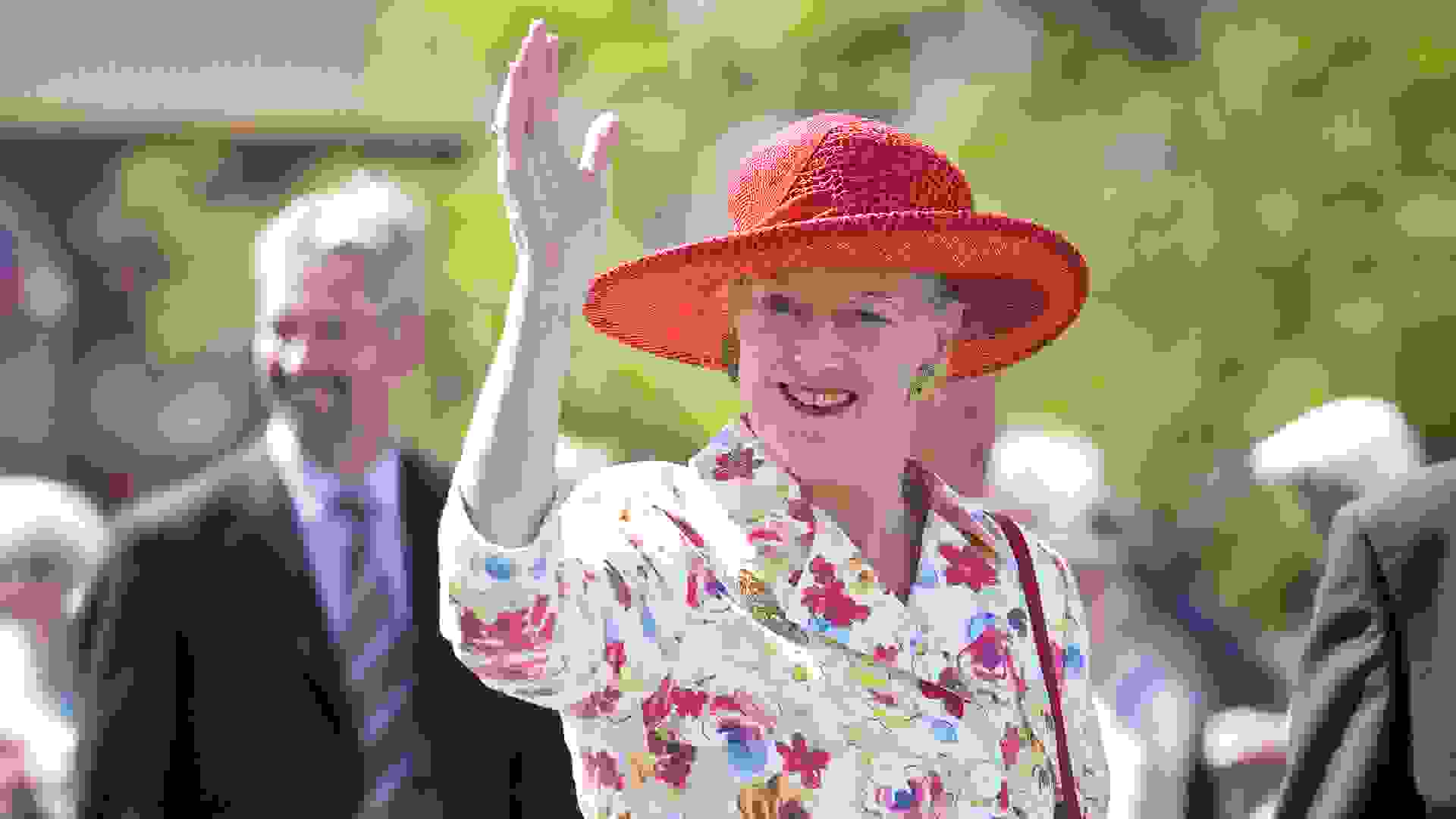 With the death of Queen Elizabeth II, Queen Margrethe II of Denmark became the longest-serving monarch in Europe. She has been queen since 1972 and has a well-cushioned allowance. The Danish Civil List grants her about $705,000 per month for expenses to running the royal household, including staff, administration and properties, as well as her personal expenses. Celebrity Net Worth lists her net worth at $40 million. 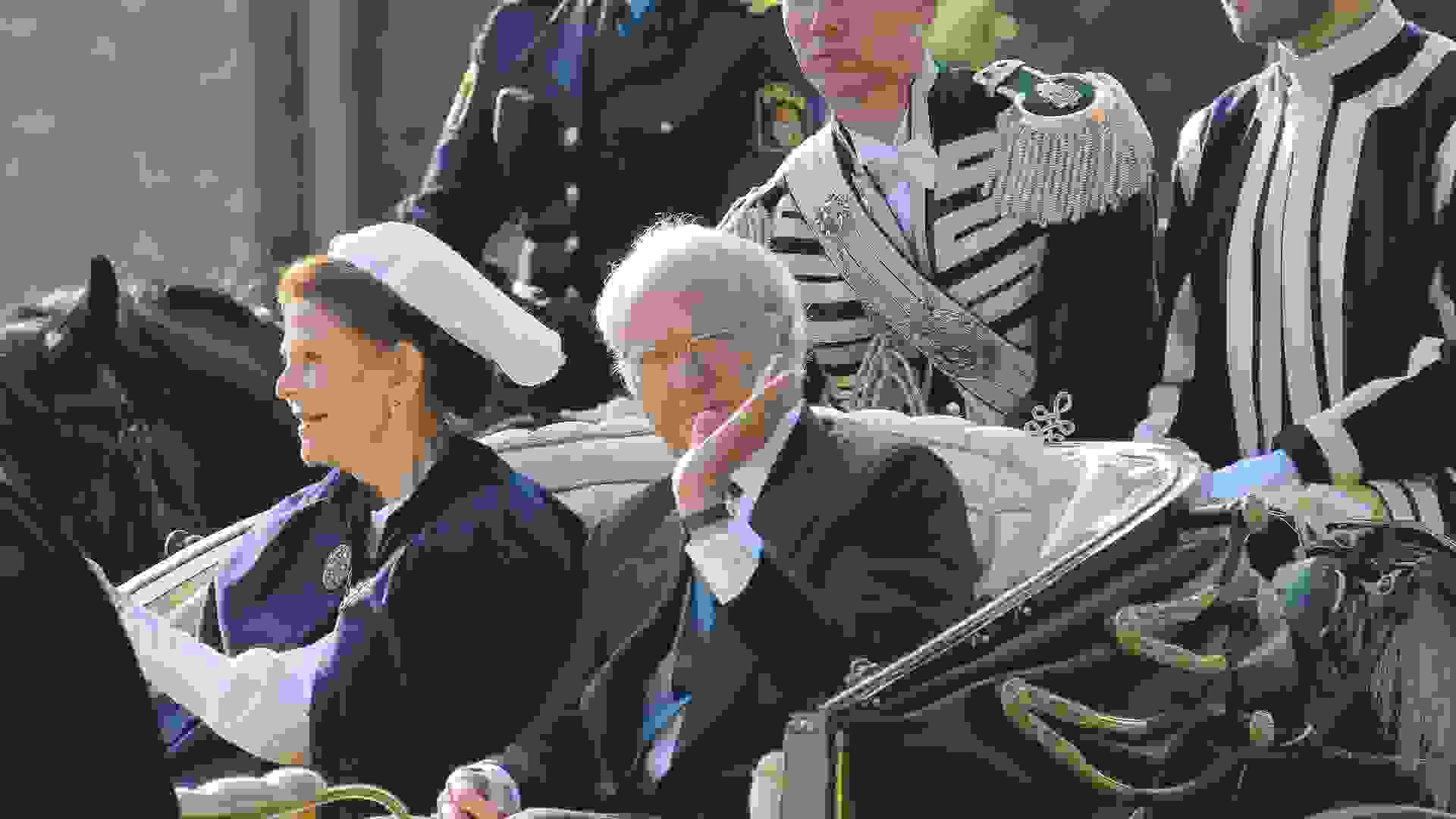 The Swedish royal family is among the wealthiest in Europe. King Carl XVI took the crown in 1973 when he was just 27. He’s been married to Queen Silvia since 1976, and they have three children. His net worth is $70 million, per Celebrity Net Worth.

Funds for the king’s official duties are covered by the Court Administration and have a $7 million budget in 2022. The Palace Administration, including the Office of the Governor of the Royal Palaces and the Royal Collections, receive about $6.2 million annually.

The royal family’s net worth includes private ownership of Solliden Palace, a summer home on the Baltic island of Oland. The family also leases their country residence of Stenhammar Castle from the state government. 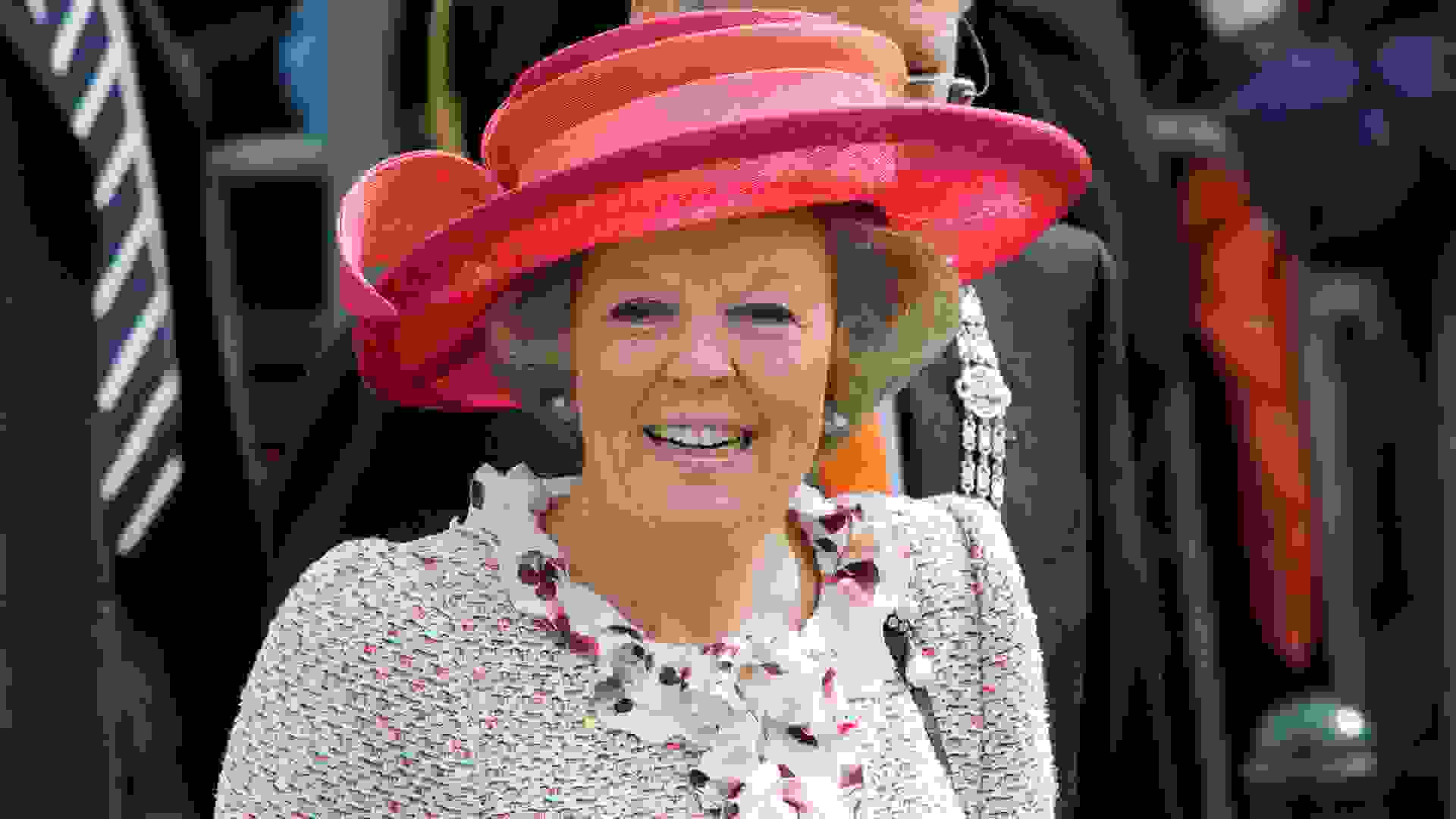 She is now known as Her Royal Highness Princess Beatrix, but Queen Beatrix served the Netherlands for 33 years before abdicating the throne after 33 years in 2013. Still, to this day, her wealth is estimated to be $200 million by Celebrity Net Worth. The budget for the current monarch of the Netherlands, King Willem-Alexander, was $48 million in 2022, the NL Times reported.

Willem-Alexander’s budget covers the cost of oversea tours and official visits. He draws an annual salary of $1 million. His wife, Queen Máxima, is paid about $400,000 a year. 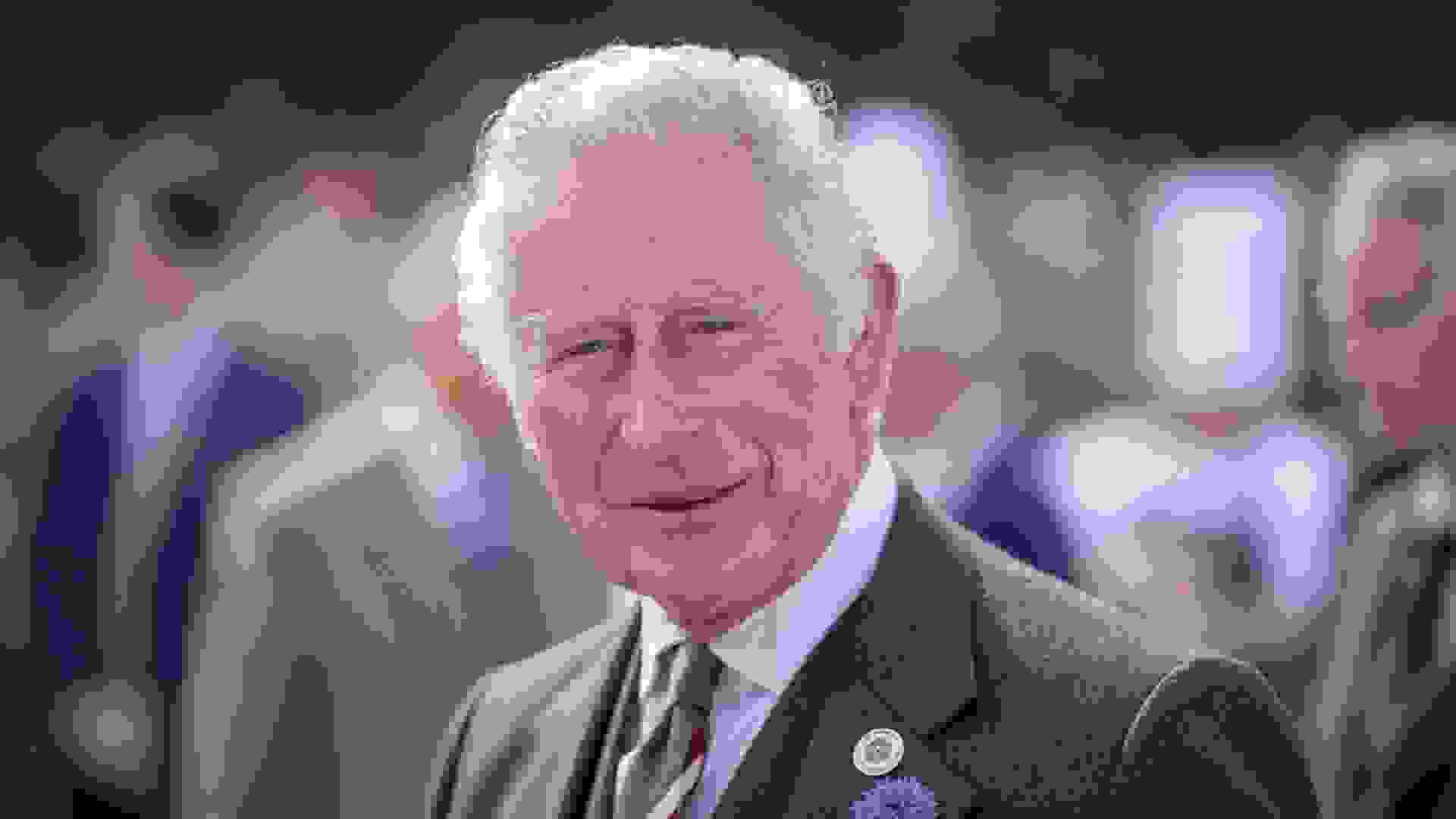 King Charles III inherited $500 million in estates, land, jewelry, art and other personal property upon the Sept. 8 death of his mother, Queen Elizabeth II, Forbes reported. He also oversees, but does not own, his late mother’s $42 billion portfolio, which includes investments as well as more art, jewels and palaces, per Forbes. He is estimated to have had a net worth of $100 million as Prince Charles, according to Celebrity Net Worth.

The royal family is funded by three sources: the Sovereign Grant, which comes from the government to support official royal duties; earnings from two family-owned collections of land and property, the Duchy of Lancaster and the Duchy of Cornwall; and income from private investments. Bloomberg reported that the monarchy’s bills amounted to nearly $117 million in 2020-21. 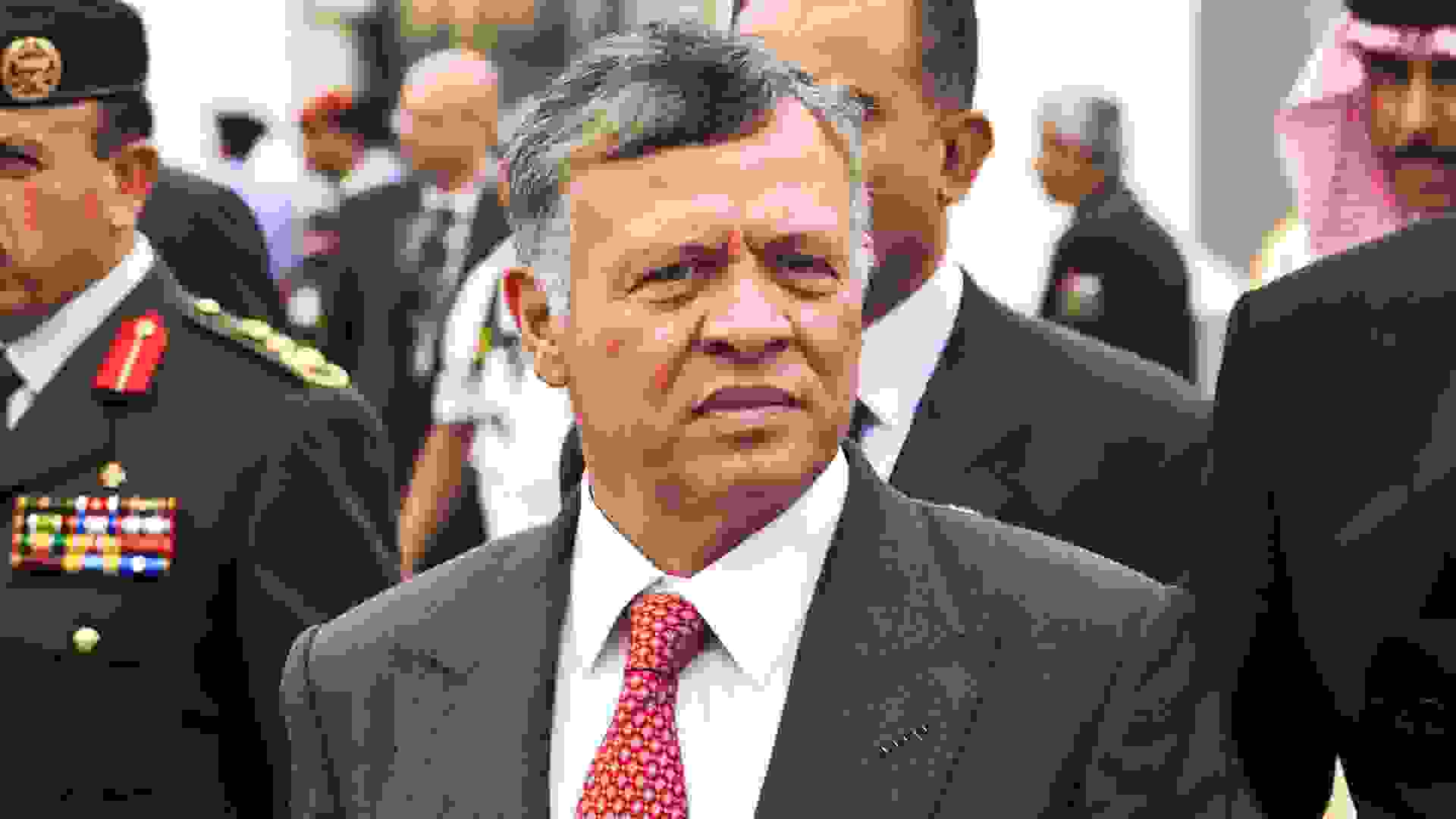 Abdullah II became the king of Jordan when his father, King Hussein, passed away in February 1999. In 2011, he authored the book “Our Last Best Chance: The Pursuit of Peace in a Time of Peril.” Abdullah also invested in the Star Trek theme park that is part of the $1.55 billion Red Sea Astrarium. Celebrity Net Worth pegs his net worth at $750 million.

The Washington Post reported in October 2021 that the king bought more than $106 million in properties in the United States and Great Britain, including $70 million worth of real estate in Malibu, California, over a 10-year period. The properties are held by shell companies in his name alone, per The Post. 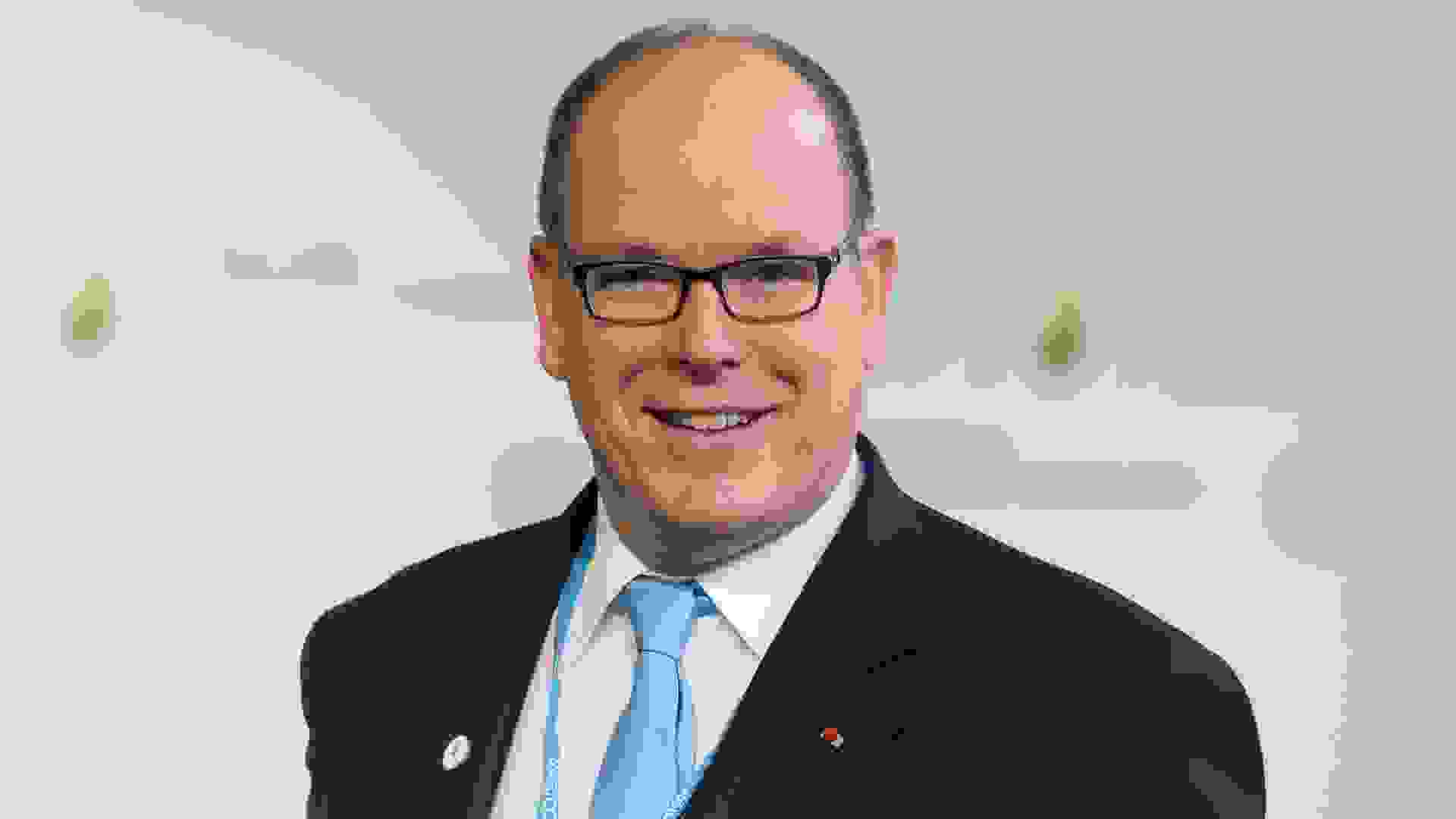 Monaco is half the size of Central Park in New York, and Prince Albert II is said to own about a fourth of its land. His real estate portfolio also includes the Philadelphia-area childhood home of his mother, Oscar-winning actress Grace Kelly, which he purchased in 2016 for a reported $754,000. USA Today reported it has been fully restored for use, on occasion, by the prince and his family as well as for use by the Prince Albert II of Monaco Foundation and the Princess Grace Foundation-USA.

Albert’s massive fortune is estimated at $1 billion by Celebrity Net Worth and includes an antique car collection, a stake in a Monte Carlo resort and a pricey stamp collection. 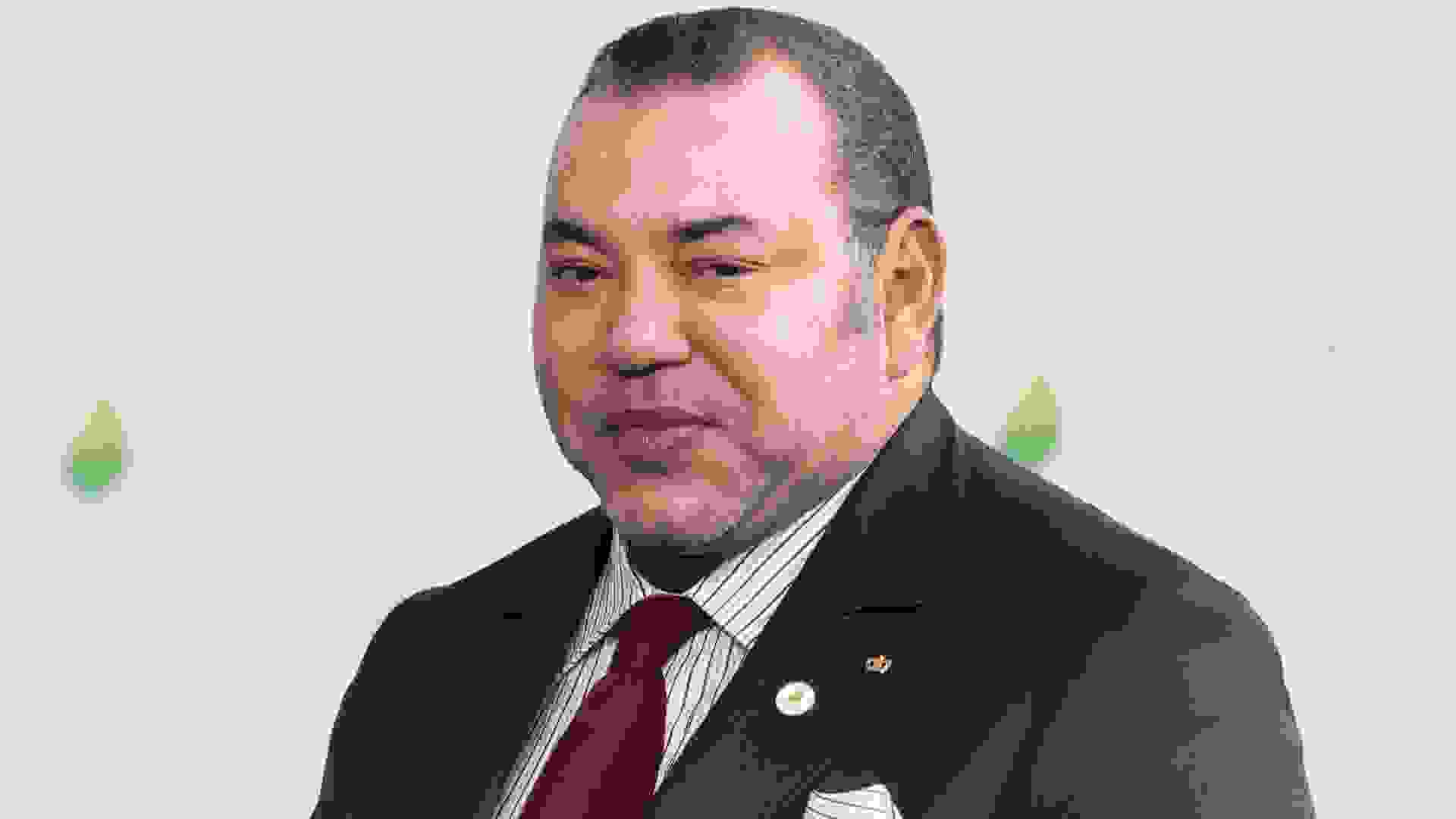 King Mohammed VI ascended to the throne in July 1999, upon his father’s death. It has been reported that he spends $1 million a day to operate his personal palaces. According to Forbes, much of his wealth comes from phosphate mining, agriculture and a stake in Morocco’s largest public company, Omnium Nord Africain (ONA). Celebrity Net Worth puts his fortune at $2.1 billion. 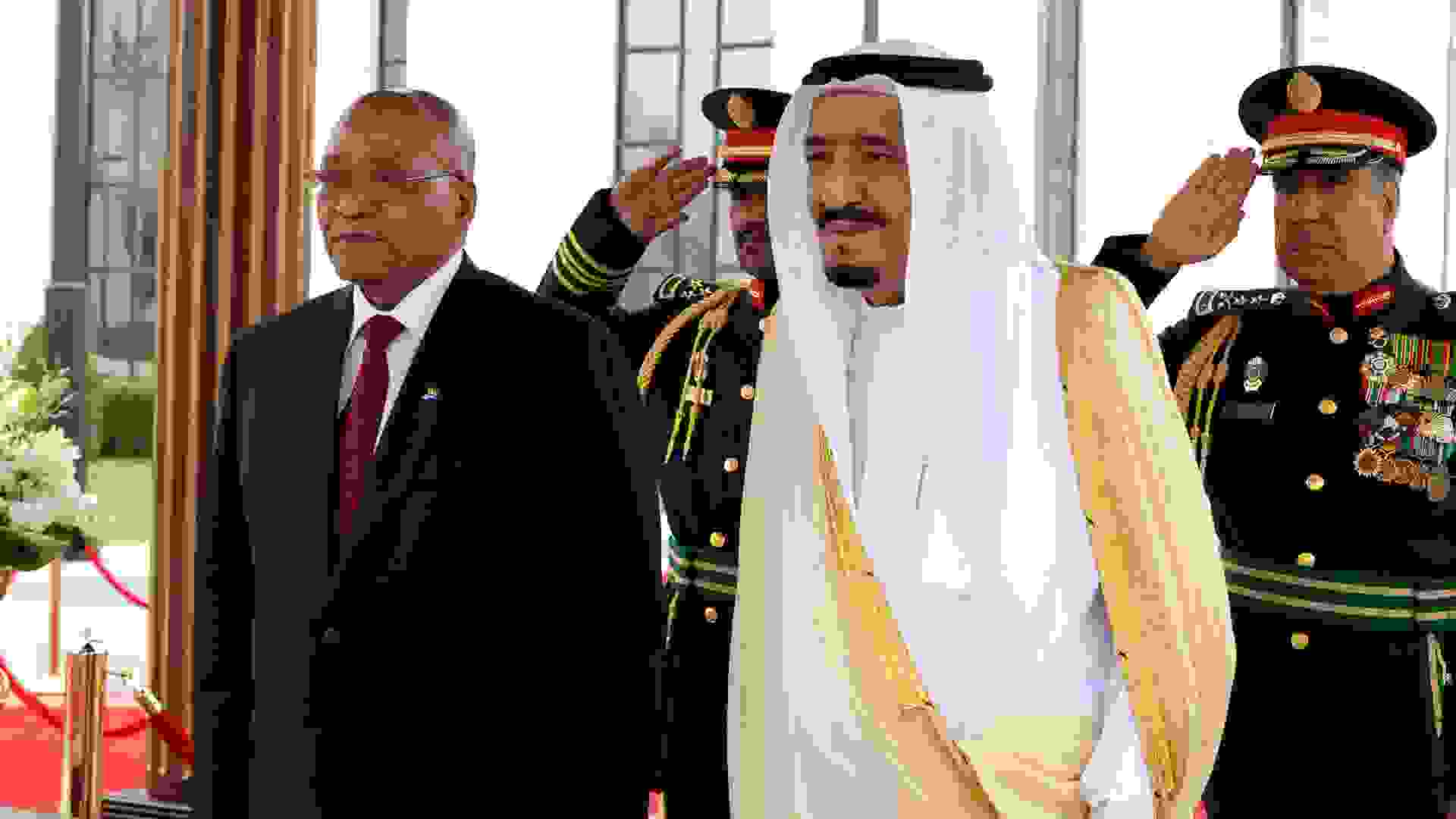 King Salman bin Abdulaziz Al-Saud of Saudi Arabia came to power on Jan. 23, 2015. He enjoys a number of perks as king, including his own jail, a luxury yacht the length of a football field and his private residence, Erga Palace, where even the tissue box is made out of gold. Prior to taking the throne, he reportedly rented out three entire resorts in the Maldives for an estimated $30 million vacation.

Celebrity Net Worth estimates his worth at $20 billion.

Lia Sestric contributed to the reporting for this article. 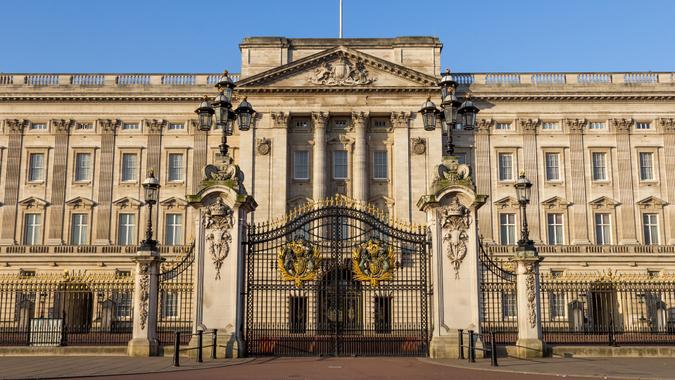 Find out how the Royal Family makes money.

> Net Worth > Politicians > The Richest Royals in the World