Money and politics have become inseparable in America, with elections and campaigns more expensive than ever, especially in light of the 2018 midterm elections. Super PACs, although barred from coordinating with politicians directly, can help raise millions of dollars for a campaign and singlehandedly sway the outcome of an election.

GOBankingRates explored the connection between politics and money in a new analysis that determined the wealthiest congressional districts in the U.S. after the 2018 midterm election results came in. The report analyzed all 435 congressional districts in the nation, using income data sourced from the Census Bureau’s 2016 American Community Survey.

Although Florida has plenty of wealthy individuals, incomes in the state are quite low, overall. Low incomes bring down the median income of the population. Add on the manner in which congressional districts are drawn, and the result is that Florida is not among the wealthiest in the U.S.

Keep reading to find out where the richest congressional districts are in America — and which party represents them. 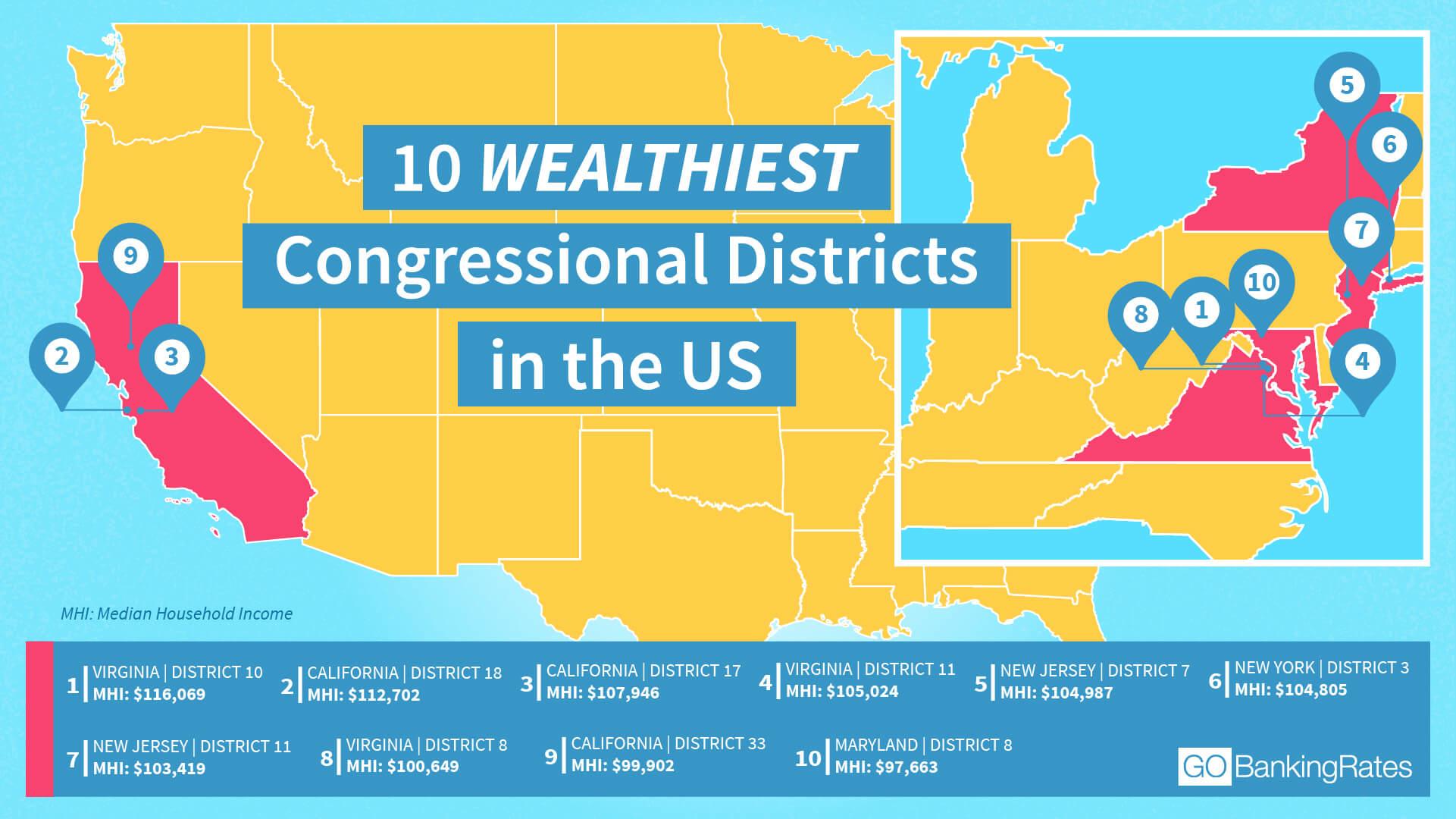 Top 10 Wealthiest Congressional Districts in the US

Here are the 10 richest congressional districts in the U.S. by median household income:

Virginia’s 10th Congressional District is the wealthiest in the country and will now be represented by the Democratic Party. This sprawling district in Northern Virginia is home to some towns well-known for their affluence. Great Falls boasts a median household income of $230,304, according to the Census Bureau. McLean isn’t too shabby, either, at $190,258. Newly elected Democrat Jennifer Wexton represents the district.

California’s 17th and 18th Districts can be found in the San Francisco Bay Area. The 17th District includes Cupertino, Fremont, Santa Clara, San Jose and Sunnyvale, places that are well-known for surging home values and tech industry wealth. The same goes for the 18th District, which covers Mountain View, Palo Alto, Redwood City and Santa Cruz. California’s 33rd District is in Southern California and stretches from Malibu in the northwest to Ranchos Palos Verdes in the southeast, covering all the wealthiest parts of Los Angeles.

Look: You’re Probably Richer Than These Members of Congress

List of the Richest Congressional Districts in the US

Check out the 50 wealthiest congressional districts in the nation:

Click through to read about the states that spend the most and least on welfare.

Methodology: The study analyzed every congressional district in all 50 states, determining the wealthiest congressional districts based on the highest median household income, sourced from the Census Bureau’s 2016 American Community Survey. The mean household income was included in our data for representational purposes. Information on representatives and political parties was sourced from GovTrack. 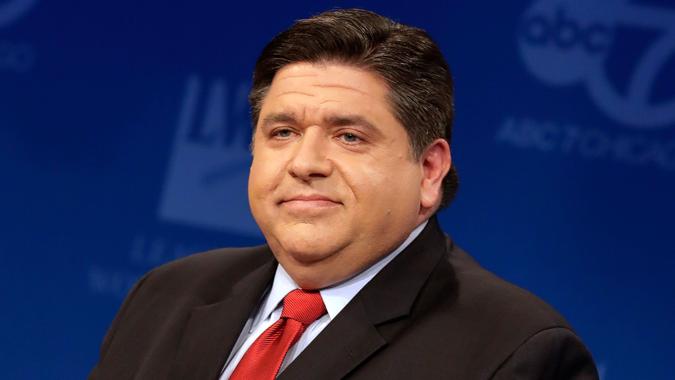 A Democrat Just Bumped Trump as the Richest Politician in America

> Net Worth > Politicians > After the Midterms, One Party Controls All the Wealthiest Congressional Districts