A woman bearing the Trump name is in the headlines — and it’s not Ivanka or Melania.

Lara Trump, President Donald Trump’s daughter-in-law, has been accused by Omarosa Manigault Newman of allegedly bribing the former reality show contestant and former White House aide in exchange for her silence. Manigault Newman is currently promoting her White House tell-all book, “Unhinged: An Insider’s Account of the Trump White House,”and in it she paints a less than flattering portrayal of the current administration.

Click to read more about the estimated value of President Trump’s lavish properties.

Before she married into the Trump family with her 2014 wedding to Eric Trump, President Trump’s second son with ex-wife Ivana, Lara Trump, a native of Wrightsville Beach, N.C., was born Lara Yunaska in a world far away from the Trump machine.

There’s no definitive number for Lara’s net worth, but apart from her famous father-in-law and the extensive Trump clan, her past and current professional endeavors provide clues as to how much she’s worth.

Before her foray into politics, her resume appeared to show the same type of entrepreneurialism and reinvention demonstrated by her famous in-laws. Here’s what you need to know about Lara Trump:

Trumps Aren’t Camera Shy and Neither Is Lara Trump

Lara worked for CBS’ “Inside Edition” from 2012 to 2016 and was promoted to an associate producer role. Her former salary has not been disclosed; however, the average annual salary for the similar role of a producer at “Inside Edition” is $102,011, according to Paysa –– a respectable salary on its own but a pittance compared to her husband’s net worth of $300 million.

Lara Trump attended North Carolina State University before she went on to attend the French Culinary Institute. She ran a cake business called Lara Lea Confections. Lara also worked as a personal trainer and served as a board member to her husband’s now-defunct Eric Trump Foundation, which was under investigation at the time for misuse of funds, Fortune reported in August 2017.

After her resignation from “Inside Edition,” Lara hit her father-in-law’s campaign trail in 2016. She has frequently spoken about her life growing up in North Carolina to bolster support among Southern voters.

Lara Trump Is Working Toward 2020

After the inauguration, it was announced that Lara would be a senior consultant at a marketing company that has been in business with the Trumps since 2011. As a senior adviser for President Trump’s 2020 re-election campaign, Lara has spoken at events throughout the South and has frequently appeared on Fox News.

Tips: Money Lessons You Can Learn From President Donald Trump

Despite her world famous last name, Lara insists she and her husband lead “a pretty normal life,” and they are happiest at home in the company of their dogs –– despite being under the watch and protection of the Secret Service.

Click through to read more about President Trump’s spending habits. 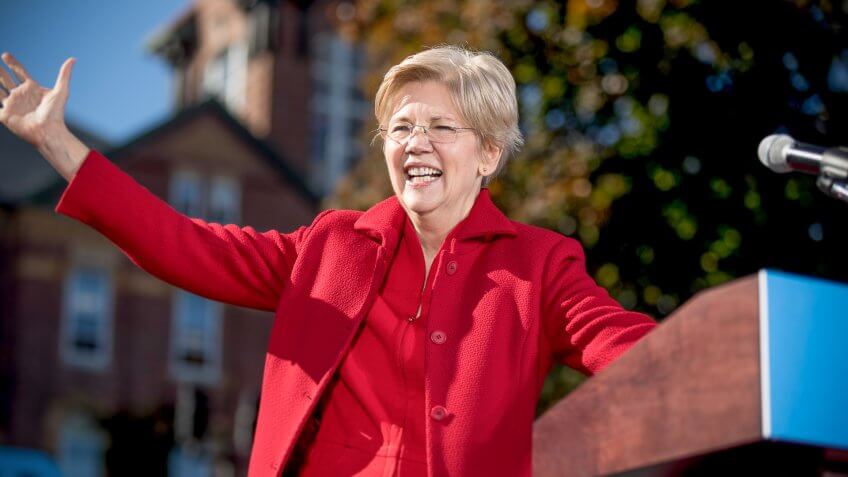