Mike Trout and the Los Angeles Angels might seal the largest contract in professional sports history. The two parties are close to inking a 12-year deal worth at least $430 million, ESPN reported Tuesday. For comparison, boxer Canelo Alvarez signed a five-year contract worth at least $365 million in October 2018, which is also among the most lucrative deals the sports world has ever seen.

Trout could be on track to becoming the most well-paid athlete in American sports, but what’s he worth? Here’s what you need to know about the Major League superstar’s finances.

See: See the Wealth of the 22 Highest-Paid MLB Players

Mike Trout is worth $45 million according to Celebrity Net Worth. His current salary stands around $34 million, according to USA Today. With that more than $430 million deal spread over 12 years, that would bump that number close to $36 million.

Trout has a pretty lucrative future ahead of him. In addition to his high salary, he has generated additional income through sponsorship deals with Nike and BodyArmor, according to Forbes.

Check Out: These 13 Athletes Won the Most Lucrative Endorsement Deals

Trout himself, however, doesn’t seem to want to live the lavish life that’s usually associated with such a large income.

Check Out: World Series-Winning Teams With the Highest and Lowest Payrolls

See the most and least expensive stadiums for MLB fans to watch a ballgame.

More on Sports and Money 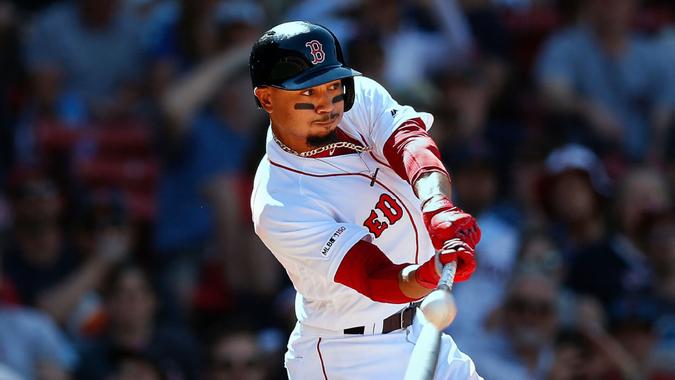 Compiling the world's best baseball team would be very pricey.

> Net Worth > Sports > Mike Trout Is Poised to Sign the Biggest Sports Contract Ever -- What's the Baseball Superstar Worth?