How Much Is Drew Brees Worth? 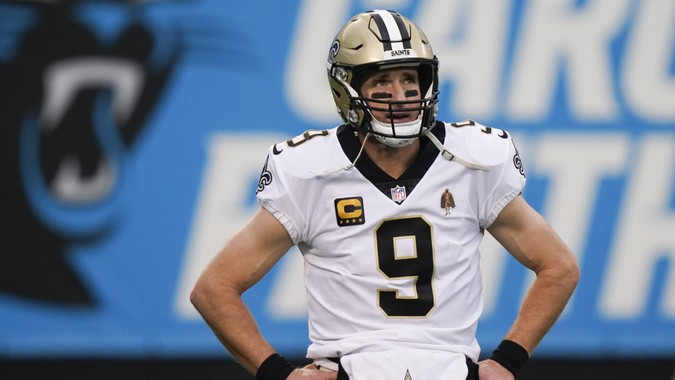 One of the most talented professional quarterbacks in the NFL today, Drew Brees holds numerous passing records for yards, completions and touchdowns. He led the New Orleans Saints to their first and only Super Bowl championship in 2010. According to Celebrity Net Worth, Brees has a net worth of $160 million.

Drew Christopher Brees was born in Dallas, Texas, and started playing flag football while in high school. He became the starting quarterback for his high school team and attracted a lot of attention with his ability on the field, especially when it came to completing passes and throwing touchdowns. In 1996, he took the team to the state championship and won Offensive Player of the Year.

Although he was clearly a talented player, Brees was recruited by only two colleges. He opted for Purdue, where he became the starting quarterback in his sophomore year. He convincingly proved himself during his time there, as he captained several impressive victories over much higher-ranked teams. And with Brees as quarterback, the team made its first Rose Bowl appearance in 34 years — with Brees himself finishing third in voting for the Heisman Trophy that year.

He graduated with a degree in industrial management but had also garnered high praise — not to mention several awards — because of his accomplishments on the gridiron.

The San Diego Chargers picked Brees as their first choice in the second round of the 2001 draft. In his second year with the team, he became the starting quarterback and performed well, but over the next few seasons, it became clear that the team wasn’t looking at him as their long-term franchise quarterback. He signed with the New Orleans Saints in 2006 and took the team to a respectable 10-6 record as well as the NFC Championship game that year. Three years later, the team had a 13-0 start and eventually won the Super Bowl in a decisive 31-17 victory over the Indianapolis Colts. Brees tied the record for most passes completed in a Super Bowl and was named the game’s Most Valuable Player.

Although Brees hasn’t yet returned to the Super Bowl, he’s continued to break one record after another. He bested Brett Favre’s record for single-season passing yardage (2018), Johnny Unitas’ record for most consecutive games with a touchdown pass (2012), Peyton Manning’s record of career touchdown passes (2018) and was the first quarterback in history to throw for more than 5,000 yards in four different seasons. Drew Brees has led the Saints to eight playoff appearances and remains one of the top-rated quarterbacks in the NFL.

Because of his exceptional skills on the field, Brees has consistently been well-paid for his work; his salary is $22 million. From June 2019 to June 2020, he made $45 million from his salary, bonuses and endorsements. He also owns a state-of-the-art family entertainment and sports facility in Lafayette, Louisiana. The quarterback lives in New Orleans with his wife Brittany and their four children.