How Will This Year Impact Long-Term Earning for Athletes? 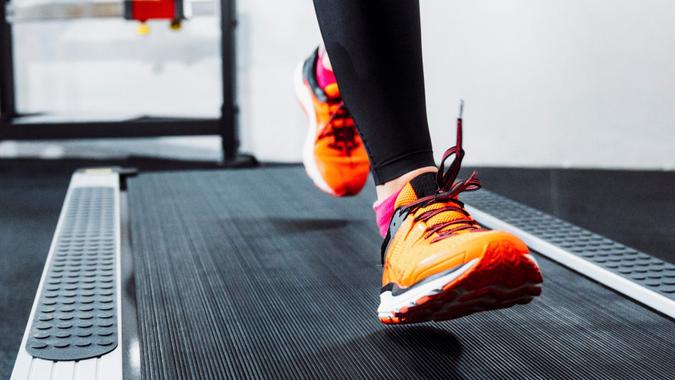 Pro athletes have short shelf lives. Most of them peak in their mid-20s and are always just one injury away from the end of their careers. A few stay famous after they retire, but most have to make the money from their playing days last their whole lives. It all starts in college, and right now, all eyes are on March Madness as Gonzaga goes in as the No. 1 overall seed, to no one’s surprise. Some of the student-athletes who are playing for free today could be NBA millionaires in a few years. But they — like college and pro athletes in all sports — will find that their long-term earning potential became yet another COVID-19 casualty.

Depending on how their contracts are structured, games never played can cost some athletes much more than just salary lost in the here and now. 2020 forced some athletes to forfeit precious time that would have been credited toward free agency and their contracts’ seniority clauses.

In just one example, the NFL gave its players an option to sit out the season and still collect a check, according to Sports Illustrated. Players at high risk for COVID-19, like those with autoimmune disorders, got $350,000 for the season. Normal-risk opt-outs got $150,000.

In the short term, the second group settled for less than half the first group’s stipend, but the real difference was measured in time, not money. For the favored group, the season accrued and counted toward free agency. For the low-risk group, it was as if 2020 never happened. Thanks to the NFL’s collective bargaining agreement, the minimum salary grows with every season accrued — $660,000 for rookies, $780,000 after one year, $850,000 after two years, all the way up to a minimum wage of $1.075 million per year for those with a decade on the gridiron or more. Those who took the $150,000 not only settled for less than 25% of a rookie’s salary but also lost a precious playing year without climbing a rung on the salary ladder.

Salaries Will Be Smaller Out of College, Maybe for Years

It’s not just today’s pros whose salaries might be impacted by COVID-19 for years to come. Current college prospects might find their starting salaries aren’t what they had been dreaming of if they do make it to the pros one day.

“Aspiring professional basketball and football players from the college ranks will find their initial contracts, which are governed by the collective bargaining agreements in their sports, to be reduced from recent years,” said Steven J.J. Weisman, a lawyer, sports law professor at Bentley University and author of the sports law textbook “Sports Law: The Essentials.” “The salaries are computed based on a salary cap which, in turn, is determined by NBA and NFL revenues, which were reduced this year, primarily due to the little attendance permitted at games.”

Players could feel that impact for years — more than double the years of the average pro career, in fact.

Read: The Most Valuable Sports Empires — And the Teams That Make Them Rich

Small-Sport Athletes Will Suffer the Most

All the headlines go to the big sports that fill stadiums, turn college coaches into millionaires and introduce America to tomorrow’s stars. The athletes in those sports, particularly the star standouts, will mostly be OK. It’s athletes from the smaller sports who aren’t as commercially viable who will see already slim profit potential tighten up even more.

“The players being hurt by decisions are the unknown commodities,” said Dan Lobring, vice president of communications at rEvolution, a Chicago-based sports marketing and media agency. “Athletes that fly under the radar without the opportunity to display their talents on a bigger stage. This isn’t about top picks in the NBA and NFL, but more of the athletes with earning potential in other sports, i.e., gymnastics or women’s college basketball.”