Roger Federer co-holds the title of six-time Australian Open winner and was back in Australia competing for the most championships won at the tournament.

Although No. 3 seed Federer achieved victory over Taylor Fritz, the tennis champ found himself bested by No. 14 seed Stefanos Tsitsipas on Jan. 20 in an upset. The junior player, who idolizes Federer, characterized the match as “a very emotional moment.” Here’s a look at the tennis legend’s wealth and career.

Birthdate: Aug. 8, 1981
Net worth: $450 million
Sources of income: Tennis career
Career highlights: Holds the record for most Grand Slam men’s singles championships with 20 titles; has competed in 30 finals; has spent a record of 302 weeks at No. 1

Federer’s net worth is $450 million, so the tennis star can probably withstand a loss here and there. The Swiss-born 37-year-old has played the pro circuit since 1998, and in the last 21 years, he’s become the highest-paid tennis player for the 13th consecutive year.

Becoming the world’s most bankable tennis player doesn’t come without talent — Federer’s lifetime record includes 99 titles with an impressive 20 Grand Slam titles for his eight wins at Wimbledon, six wins at the Australian Open, five wins at the U.S. Open and one at the French Open.

Federer’s career earnings top $105 million, but the tennis celebrity has made the bulk of his fortune from endorsements from luxury brand sponsors such as Rolex, Mercedes Benz, Moët & Chandon and NetJets. In 2017, he began a sponsorship deal with Barilla rumored to be as much as $40 million. Federer also ended his partnership with Nike, having been with them since 1994, and turned around and secured an estimated $300 million deal with the Japanese apparel company Uniqlo.

The tennis phenom has been married to his wife Mirka since 2009 and the couple shares four children — twin girls Myla and Charlene and twin boys Leo and Lenny. The family of six splits their time among a glass mansion on the shores of Lake Zurich in Switzerland, properties in the Swiss Alps and South Africa, and an apartment in Dubai, where Federer does the bulk of his training. 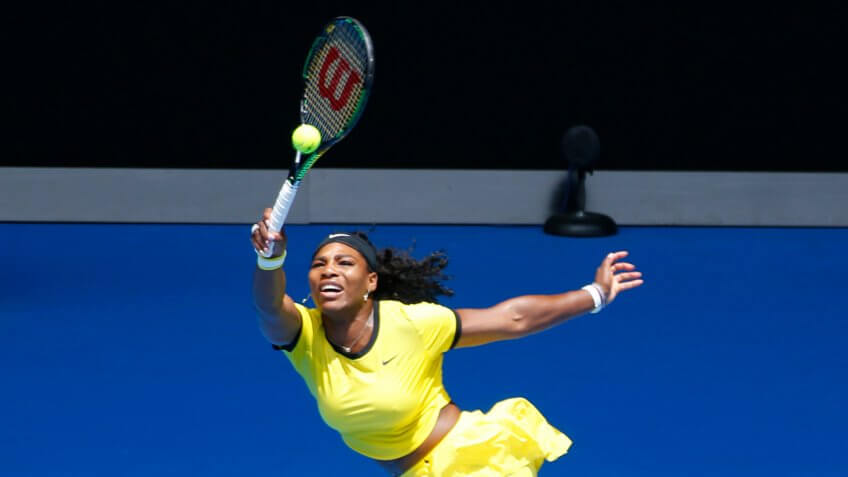 Who’s the Richest Tennis Player in the World? Top 16

Wins and endorsement deals bring in millions for these stars.