What Is J.J. Watt’s Net Worth? 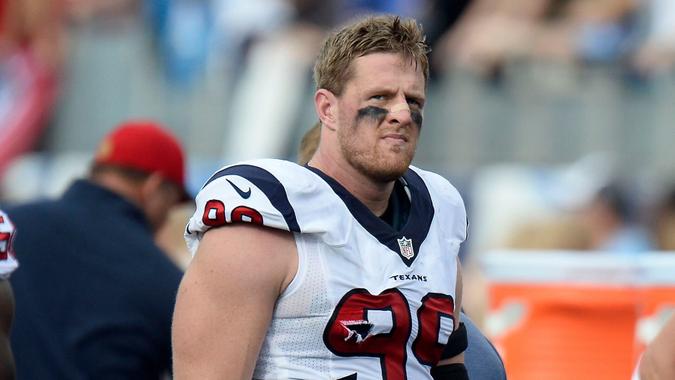 An icon of the Texans franchise, J..J. Watt is no longer on the team there after 10 seasons and three Defensive Player of the Year awards.

After the Texans agreed to his release, Watt, 32, signed a two-year, $28 million deal with the Arizona Cardinals in 2021 — $23 million of it guaranteed. He is a winner of the Walter Payton Man of the Year honor, awarded in 2017 for his work to raise $37 million for people affected by Hurricane Harvey. For his next philanthropic effort, he can turn to his brother, T.J. Watt, for a contribution. The younger Watt, a linebacker with the Pittsburgh Steelers, signed a four-year, $112 million extension on Sept. 9. The deal makes him the highest-paid defensive player in the NFL in terms of annual average value.